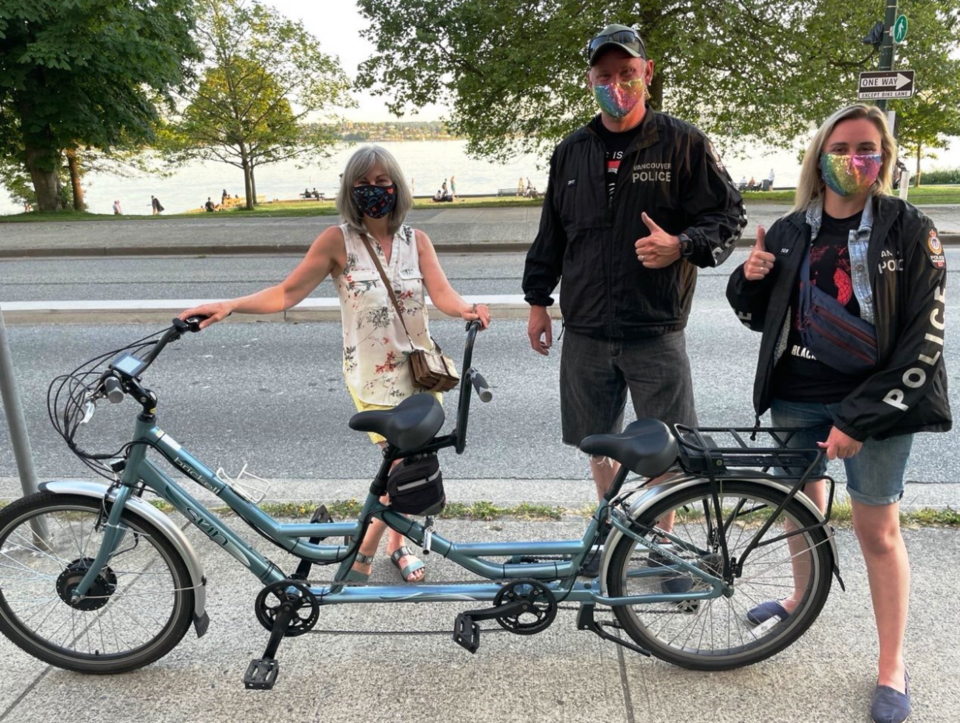 Police returning the bike to the owner.Vancouver Police Department

A bike stolen recently was so recognizable the owner spotted it on Craigslist just after she noticed it was missing.

Stolen between December and May, the tandem bike had been locked up in an underground parking lot below an apartment building. When she went down to find it in May it wasn't there and she reported it to the Vancouver Police Department, according to a press release from the police.

A few days later she was perusing Craigslist when she spotted it and called police again.

Officers and the owner worked together to organize a meeting with the person selling the bike. It went as planned and police were able to return it to the owner.

Cst. Tania Visintin says police are pleased to help get the bike back to its owner.

"In this case, charges have not been recommended," she says in an email to Vancouver Is Awesome. "Even though the seller was in possession of stolen property, there is not enough evidence for a strong likelihood of conviction due to the long time delay and alleged transfer in possession (the seller claimed to have bought the bike last month)."