If you’re going to steal a bike in Delta, police recommend you don’t ride it around town the next day or two - particularly without a helmet.
0
Jun 11, 2019 4:05 PM By: Delta Optimist

If you’re going to steal a bike in Delta, police recommend you don’t ride it around town the next day or two - particularly without a helmet.

On Wednesday, June 5, a DPD school liaison officer was at North Delta Secondary where a student stopped him to report that a bike he’d locked to the fence at the school the previous day had been stolen. 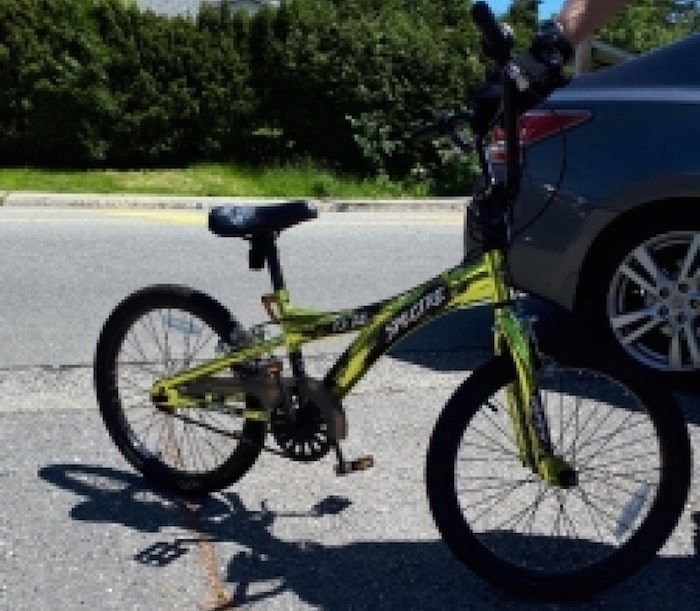 Recognize this bike? Police recovered it, and believe it was stolen. Photo courtesy Delta Police

Through investigation DPD determined a potential suspect, and ensured that information was circulated in the department.

The following day, the DPD Patrol Support Team, noted a man near NDSS who was riding a bike without a helmet on, while carrying another bike. Police stopped the man to speak with him about not wearing a helmet.

Police pointed out that the ticket for not wearing a helmet was the same as the cost of purchasing a helmet from the store.

While speaking with the man officers were able to identify him, and noted that he appeared to be in violation of a number of court ordered conditions. Officers then determined that the bike which the man was riding was confirmed to be stolen the previous day from near the high school. The man was then arrested for possession of stolen property.

Terry Lee Pipe, 43, of Surrey, has been charged with possession of property obtained by crime, as well as three counts of failing to comply with court ordered conditions. He is considered known to police.

Police also recovered another stolen bike, and are trying to find the owner of that bike. The bike stolen from the NDSS student has been returned.