The COVID-19 crisis has grounded Vancouver’s high-flying hotel industry, dropping what were the highest occupancy rates in the country to single-digit levels for the first time.
Apr 1, 2020 9:00 PM By: Frank O'Brien 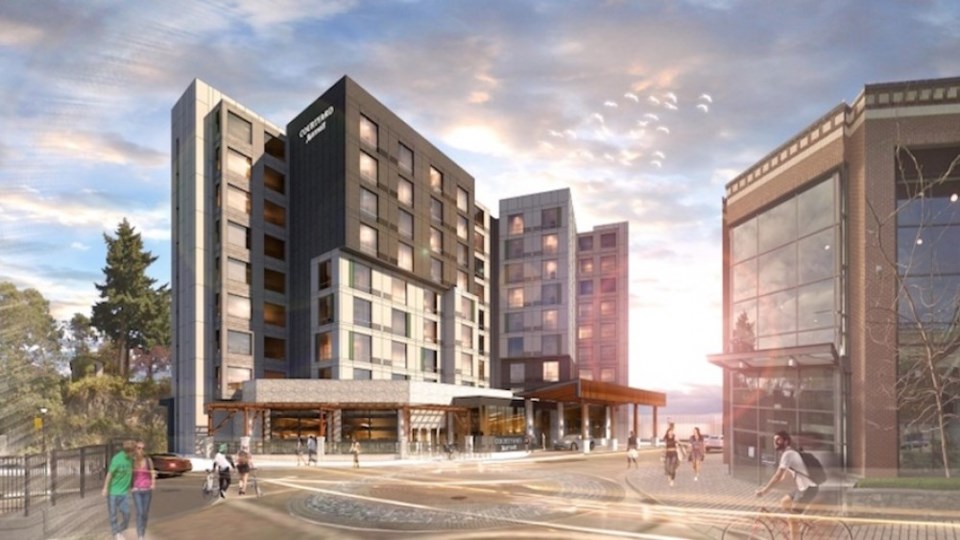 The COVID-19 crisis has grounded Vancouver’s high-flying hotel industry, dropping what were the highest occupancy rates in the country to single-digit levels for the first time.

Major hotels, including the landmark Fairmont Hotel Vancouver, have closed and hundreds more will shut across the country, according to the Hotel Association of Canada, which said occupancy levels have plunged to below 10%.

But at least a dozen new hotels are under construction across British Columbia, totalling more than 1,100 rooms.

“I think it is very unlikely that projects that are under construction will be stopped unless that is required by health authorities. I’m sure the current situation will result in [some] projects being delayed,” said North Vancouver-based Carrie Russell, senior managing partner at HVS, a hotel consultancy.

The Conference Board of Canada, in a March 23 real estate update on the COVID-19 crisis, suggested hotel assets will take a blow right across Canada.

“Many of them will suffer double-digit [revenue] declines in the second and third quarters,” the report forecast.

In 2019, B.C. registered the strongest revenue-per-available room growth in Canada with an increase of 2.6% in the key industry metric. At 71%, B.C. also had the highest occupancy levels in Canada, according to HVS.

Russell expects to see more B.C. hotels closing as occupancy levels crater, but she said it can be a tough call for owners.

“Because there are a lot of fixed costs in a hotel sometimes it just makes more sense to stay open at really low occupancy levels with a skeleton staff.”

The hotels under construction are primarily outside of the Lower Mainland. Five are in the Okanagan Valley and two are on Vancouver Island, including a nine-storey 172-room Marriott that broke ground in January next to Nanaimo’s Vancouver Island Convention Centre.

In Campbell River, U.S.-based Hotel Equities has linked with the local We Wai Kai Nation to start construction later this year on a new Four Points by Sheraton Hotel. Sheraton is a Marriott (Nasdaq:MAR) hotel brand.

The We Wai Kai will own the hotel and handle its development. Hotel Equities will provide development services and will operate the hotel upon opening. Construction is to start in the third quarter of this year.

In Kelowna, a new Hampton Inn opened in February at the airport and two other hotels are under construction downtown, a Microtel and a Hyatt Place.

If approved by the City of Kelowna, construction could begin this summer, with a completion date prior to 2022.

A separate application, from Meiklejohn Architects, is for a five-storey, 88-room hotel in downtown Kelowna.

With all major conventions cancelled and foreign visitors banned, Marcus & Millichap singled out the hotel sector as the hardest-hit in a March 23 report on the effect of COVID-19 on commercial real estate.

“Hotels will likely face the most direct impact as businesses and tourists reconsider travel plans and restrictions are placed on mobility,” the company’s report stated. “Properties with a significant Asian customer base will face softening demand.”