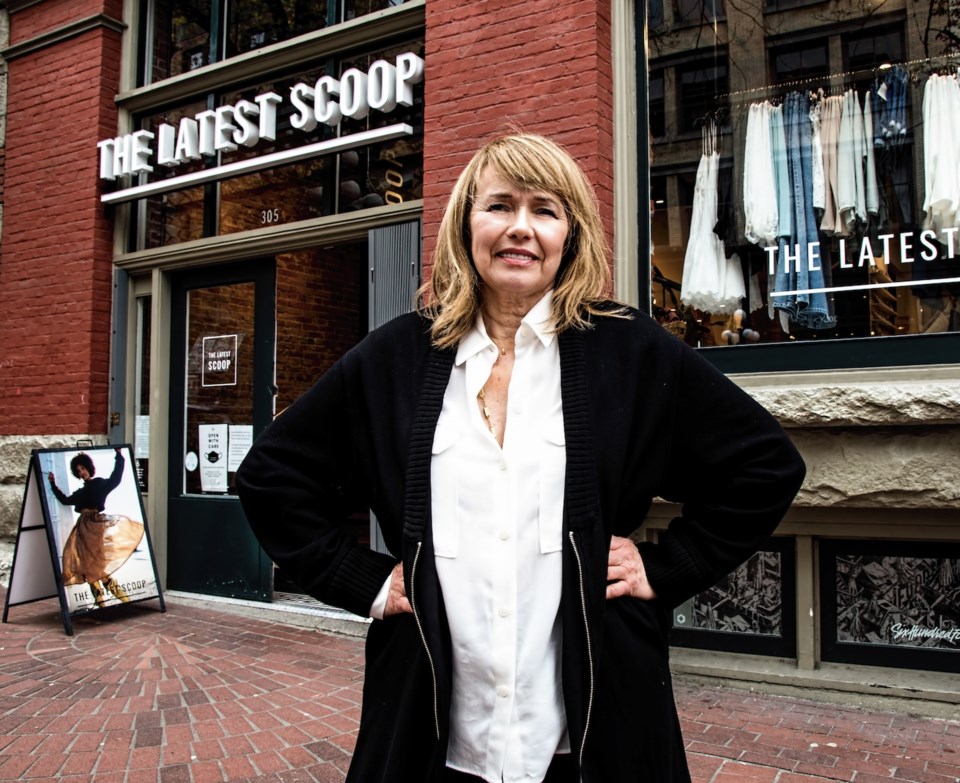 Deb Nichol owner of The Last Scoop fashion and home decor chain opened her ninth location in Calgary’s CF Chinook Centre in late April. Earlier in the month, she opened her eighth location in Victoria’s Mayfair Shopping Centre. A third store that she opened in September was at Guildford Town Centre in Surrey, B.C.

Each of these new locations is a pop-up store, or one that operates with a short-term lease. The lease for the store in Victoria is four months, while the one in Calgary is for seven months. Nichol, however, views both as likely to become permanent locations.

“People are still shopping,” Nichol said. “We will probably see a couple of new pop-up stores as early as this year, starting in September.”

Meanwhile, Pigot’s Burger Club, the brainchild of Chef Mike Pigot, announced May 9 on Instagram that their third location will be in Vancouver. The temporary burger spot is running out of the new Craft Beer Market opened on English Bay, which is at 1795 Beach Ave.

Pigot has opened one pop-up in his hometown of Calgary already, and a second in Toronto where he collaborated with another local chef, Jerome Robinson.

The first day in Toronto they sold out.

Burger options include classics like a Double Cheese Burger or Mushroom Cheese Burger as well as ‘Non-Meat-a-Tarian’ options. All have a special sauce and spice blend. Sides and beverages are also options.

Aside from his work with the Craft Beer Market Pigot has garnered fame for winning an episode of Guy’s Grocery Games (which focused on carnival foods) and won the ‘Best Chef’ category in 2020 from the ‘Best of Calgary.’

Pop-up stores have long been a strategy for new brands to get brand recognition.

Vancouver-based menswear seller Indochino in 2011 launched its first in a series of pop-up shops in Vancouver to help customers get accurate measurements.

In 2014, the company opened its first permanent showroom in East Vancouver, near the Port of Vancouver, in what was then part of its head office.

It now has nearly 40 permanent showrooms across North America.

“The pop-up strategy allows a brand to test the waters in new locations,” said Retail Insider Media owner Craig Patterson. “A physical presence gives the brand a level of credibility, as well as brand awareness.”

Nichol started small, with a pop-up store that was open for three weeks in West Vancouver’s Dundarave neighbourhood in 2004.

The store was distinctive in that it not only sold women’s fashions, jewelry and handbags, but also furniture.

The store was a booming success, she said. The next year, she opened Vancouver pop-up stores for eight weeks during the summer, and then for another eight weeks into the holiday season.

Dozens of pop-up stores would appear and vanish within quick succession during the next decade.

Nichol opened her first permanent store in 2016, at 2928 Granville Street, where she had enjoyed success with pop-up locations.

Other permanent stores came in rapid succession in West Vancouver, Kitsilano and Gastown.

“We then opened two stores within six months of each other in Toronto,” she said.

Operating retail stores during the new era of social distancing and COVID-19 safety plans has been a challenge, she said.

“It really calls you to action and forces you to be adaptable, to look at it as an opportunity, rather than to just look at it as a negative challenge,” Nichol said.

She arranged to have someone set her up with an e-commerce store via Shopify within two weeks of the pandemic being declared.

“We hadn’t had e-commerce until then,” she said. “Our stores were too busy. We had no time. Isn’t that a terrible problem?”

While her stores were temporarily shuttered, she started to offer private appointments to allow customers to come in one at a time.

The result was a 100 per cent conversion rate, where everyone made a purchase, she said. Even better was that her customers were now making purchases that were about three to four times the value that had previously been the norm.

Staying profitable during the pandemic has paved the way for her expansion to Surrey, Victoria and Calgary. Nichol was also able to take advantage of lower lease rates at malls.

Patterson said mall owners increasingly allow tenants to lease space for shorter time periods. In addition, they are increasingly flexible, and willing to offer percentage rent, which fixes the cost of the lease as a percentage of sales.

“That removes the risk for the retailer to open in that location,” he said.

— with files from Brendan Kergin, V.I.A.

People once lined up to buy lots in Shaughnessy for under a thousand bucks
Apr 30, 2021 9:27 AM
Comments