Birth tourism stats don’t add up in B.C. or Canada

Richmond Hospital birth centre. Photo by Graeme Wood The frequency by which birth tourism may be occurring in B.C.
Graeme Wood Aug 28, 2018 3:12 PM 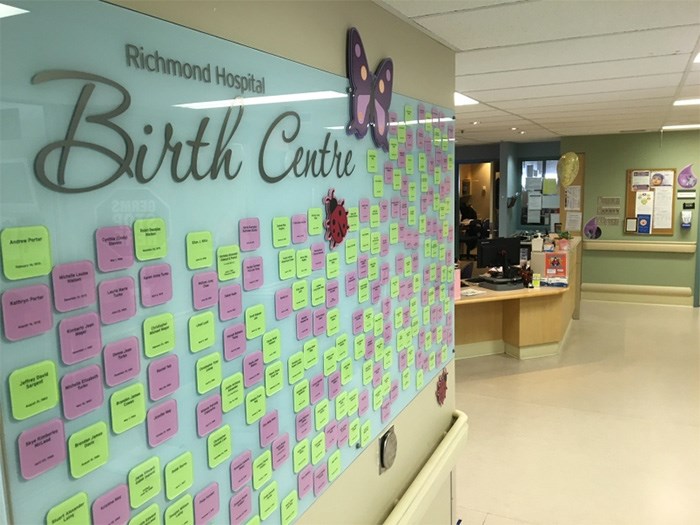 The frequency by which birth tourism may be occurring in B.C. and across Canada is significantly underreported, however health officials in this province are near to closing a glaring reporting loophole.

For instance, a discrepancy between how births by non-residents are reported at Richmond Hospital and how they are reported to the B.C. Ministry of Health could soon be rectified by provincial health officials, according to a ministry spokesperson.

The existing reporting system can create significant discrepencies in tracking because many of the non-resident women who give birth at the Richmond Hospital list their address as the “birth house” where they may be living at the time.

In Richmond, Chinese nationals are known to stay at such houses, of which there are dozens identified by the provincial government and numerous advertised online both in China and Canada. As part of advertised month-to-month accommodation packages, birth house operators typically assist women with anything from tour guides, passport applications, doctor appointments, some pre- and post-natal care as well as hospital registration.

And so, should the birth house operator list the address of their home business at the hospital’s registration desk, the ministry would not count the baby as a non-resident. Only when the true address of the mother is registered, does the birth become a non-resident in the eyes of Vital Statistics B.C., noted Heinze.

Across Canada there were only 313 such births reported in 2016.

“To the best of our knowledge, there is currently no government department or agency tasked with identifying and collecting data on births to non-resident mothers,” noted Statistics Canada spokesperson France Gagne.

From 2004 to 2010 the hospital helped birth, on average, 18 new Canadians per year from non-resident mothers. Numbers rose dramatically in 2014 and have risen steadily since, to the point where one in five births in Richmond are to foreign nationals.

While immigration lawyer Richard Kurland notes not all non-resident births are necessarily a result of birth tourism, Richmond may be at the epicentre of a burgeoning, and legal, birth tourism industry, whereby visiting foreign nationals seek to have “anchor babies,” who automatically become Canadian citizens under Canada’s citizenship laws.

Kurland said the key to good data is determining immigration/visitor status of the mom.

A national, public petition penned by Richmond resident Kerry Starchuk and sponsored by Steveston-Richmond East Liberal MP Joe Peschisolido aims to officially condemn birth tourism and study remedies to what Peschisolido describes as an abuse of the immigration system.

“Underground and unregulated 'for profit' businesses have developed both in Canada and 'countries of origin' to facilitate the practice of 'Birth Tourism'; and the instances of 'Birth Tourism' are increasing in multiple cities across Canada,” the petition notes online.

Peschisolido disagrees with Conservative counterparts who have called for an end to birthright citizenship.