Canada Line service to increase by 15% during peak hours: TransLink

"The addition of these new Canada Line cars will help more people get to where they need to go faster, whether it is downtown Vancouver, YVR or Richmond, letting them avoid congestion and giving them more time to spend with friends and family,"  said Bowinn Ma, Parliamentary Secretary for TransLink.
0
Jan 21, 2020 11:31 AM By: Elana Shepert 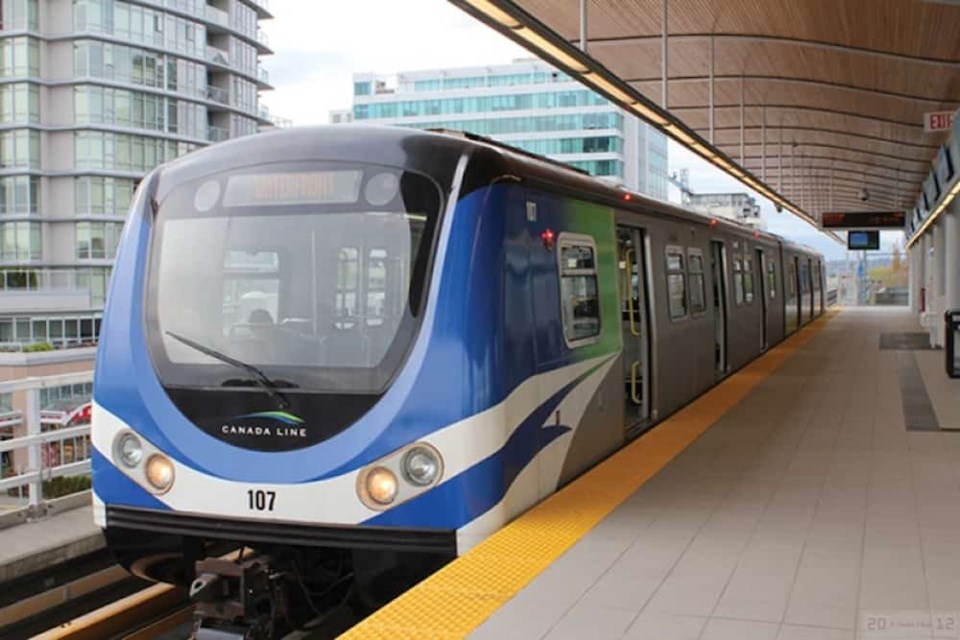 TransLink has announced that four new trains will be added to the Canada Line today, which will increase customer capacity by 15 per cent during peak hours.

The transportation agency notes that the the brand-new trains will provide more space, frequency and comfort to customers on the Canada Line.

The announcement was made by TransLink, along with Mayor Malcolm Brodie, Vancouver Centre MP Hedy Fry and TransLink’s parliamentary secretary Bowinn Ma, at Brighouse Station earlier this morning.

The four trains are the first of 12 new trains, which are being rolled out as part of Phase One of the Mayors’ 10-Year Transit Expansion Plan.

Once the other eight trains are added later this year, TransLink notes that there will be a total increase in capacity of approximately 35 per cent compared to 2019 service levels.

"The addition of these new Canada Line cars will help more people get to where they need to go faster, whether it is downtown Vancouver, YVR or Richmond, letting them avoid congestion and giving them more time to spend with friends and family,"  said Bowinn Ma, Parliamentary Secretary for TransLink.

"This service increase is one more example of how our shared goal of reliable and efficient transit is making a difference for people. Our government’s commitment to fund 40% of the capital costs of each phase of the Mayors’ Council’s 10-Year Vision will result in continued transit improvements throughout the region making life better for everyone."

Delivered through the Public Transit Infrastructure Fund (PTIF), the estimated cost of the project is $88 million, which is funded 50 per cent by the Government of Canada, 33 per cent by the Province of British Columbia, and 17 per cent by TransLink.

To support this increase in service, the Canada Line Operations and Maintenance Centre was upgraded and three additional escalators were installed at Canada Line Stations in 2019. This $36 million investment was also funded through PTIF.

The remaining trains are in the process of being delivered from Hyundai Rotem in South Korea. Upon arrival, the new trains will go through testing and commissioning before being certified for revenue service later this year.

- With files from the Richmond News.

Vancouverites sing 'O Canada' during 7 o'clock cheer (VIDEO)
Mar 30, 2020 10:46 AM
Comments
We welcome your feedback and encourage you to share your thoughts on this story. We ask that you be respectful of others and their points of view, refrain from personal attacks and stay on topic. To learn about our commenting policies and how we moderate, please read our Community Guidelines.