Canada ranked #2 country in the world for travel in 2021 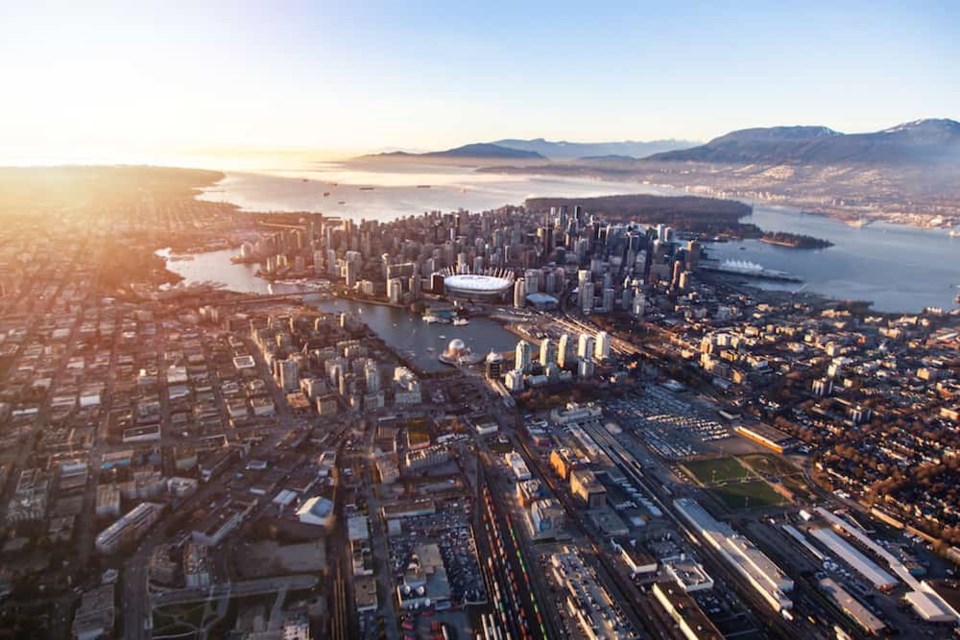 Where are you planning on taking your next holiday?

If your answer was nowhere, or possibly a tent somewhere deep in the woods, you aren't alone.

While Canada's two major airlines have implemented new COVID-19 protocol, they have relaxed their positions on in-flight physical distancing. What's more, the number of possible exposures to the virus on Canadian flights continues to climb, with the BCCDC reporting new confirmed cases almost daily.

Currently, the Government of Canada states that you should avoid all travel outside of the country until further notice due to the COVID-19 pandemic - but the future is entirely uncertain.

So, for those globetrotters hoping that next year will offer some safe opportunities for international travel, British tailor-made holiday company Kuoni has compiled a list of the top destinations based on Google searches. According to Kuoni, searches for travel in 2021 have increased by a staggering 124% since the end of March, which might indicate that people are itching to book their next trip.

To uncover 2021’s most dreamed of destinations, the holiday provider reviewed data for 131 countries around the world, including the UK, to discover which countries travellers are searching for on Google for next year. 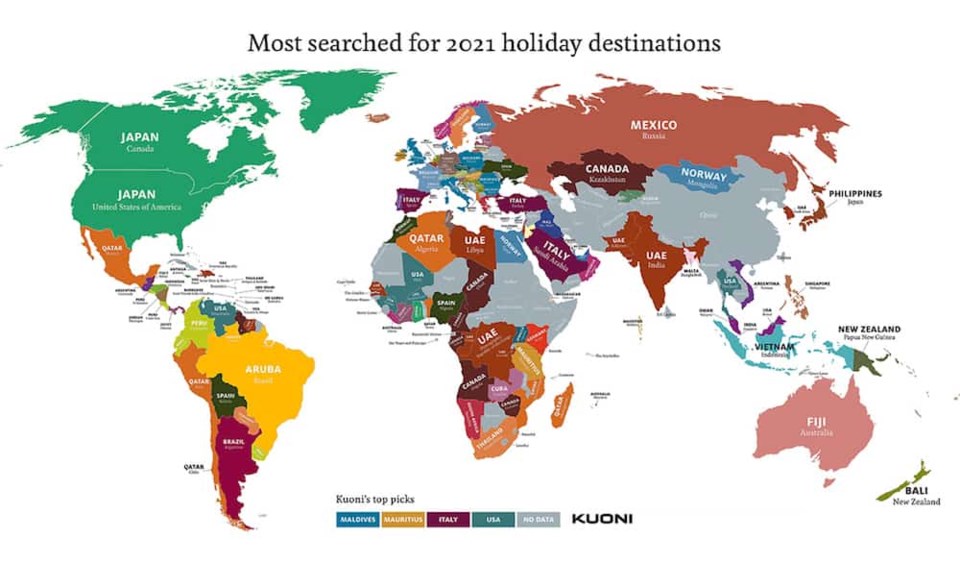 A new challenger has emerged on the list of must-see destinations that preceded the pandemic. The United States along with Qatar and Canada tied in second place in the latest ranking, behind the United Arab Emirates, which is now the most sought-after destination for 2021. In third, Egypt appears to be in a good position to attract more visitors and rebuild its tourist industry.

Stranger still, the destination most viewed by French potential tourists was Belgium, while the Spanish have their sights set on Italy, as do the Turks. In Europe, travellers seem to be keen on the radical change of scenery offered by a trip to the Maldives, with Italians, Brits, Romanians, Bulgarians and Poles all dreaming of taking a plunge into the crystal clear waters of the Indian Ocean.

On the other side of the Atlantic, Americans and Canadians are eager to embark for Japan. For their part, Australians would be happy to stay in Oceania with a trip to Fiji.

In its description of Canada, Kuoni notes that, "It’s easy to see why this beautiful country might appeal to people dreaming of wide open landscapes and towering mountains."

Kunoi adds that popular Canadian activities include camping, fishing, hiking, climbing, kayaking and skiing, and that there are plenty of opportunities for whale watching. The report also notes that cities like Toronto and Vancouver offer a bustling, cosmopolitan buzz for those seeking an alternative to the great outdoors.

Employee at Metro Vancouver mall tests positive for COVID-19
Aug 10, 2020 2:03 PM
Comments
We welcome your feedback and encourage you to share your thoughts. We ask that you be respectful of others and their points of view, refrain from personal attacks and stay on topic. To learn about our commenting policies and how we moderate, please read our Community Guidelines.