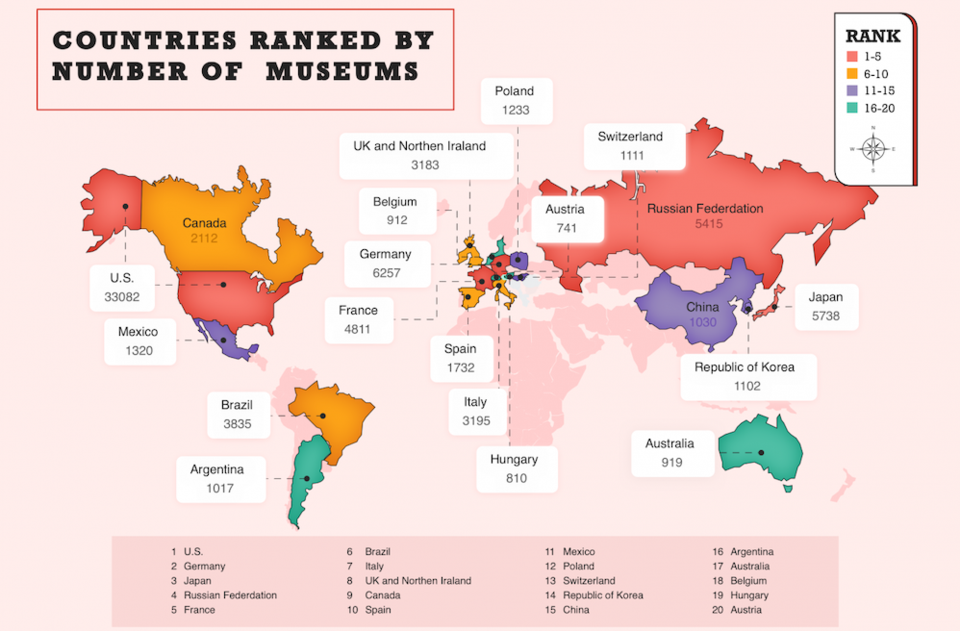 A new study finds that Canada has the ninth-highest number of museums worldwide. Photo via Study in Switzerland

A new study finds that Canada has the ninth-highest number of museums worldwide.

Studying in Switzerland gathered data from UNESCO, Statista and other sources on countries with the most museums, the most visited museums in the world, and the decrease of visitors in major art museums in 2020 due to the impact of the Covid-19 pandemic.

The study finds that Canada is ninth globally for its number of museums, with 2112 of them in total. However, none of these museums place on the list of most visited museums worldwide.

The United States has the most museums in the world, with a total of 33,098 museums. That said, they are not the most visited. In contrast, London's museums make up a quarter of the most visited museums across the globe.

The five most visited museums in the UK are British Museum, Tate Modern, National Gallery, National History Museum, and the Victoria & Albert Museum,

France comes fifth on this list with 4,811 museums, but the fascinating and most-visited museum in the world is located in the very heart of the country, Paris. The Louvre museum in Paris attracts more than 9 million visitors annually.

And while China came 15th in the world for its number of museums, the study noted that it "brings the most visitors." Also, the world's second most-visited museum, the National Museum of China, is in Beijing.

"With the Covid-19 pandemic, it’s hard to visit museums in our own hometowns, let alone travel to big cities such as Paris, London, Beijing, New York, and others," remark report authors. 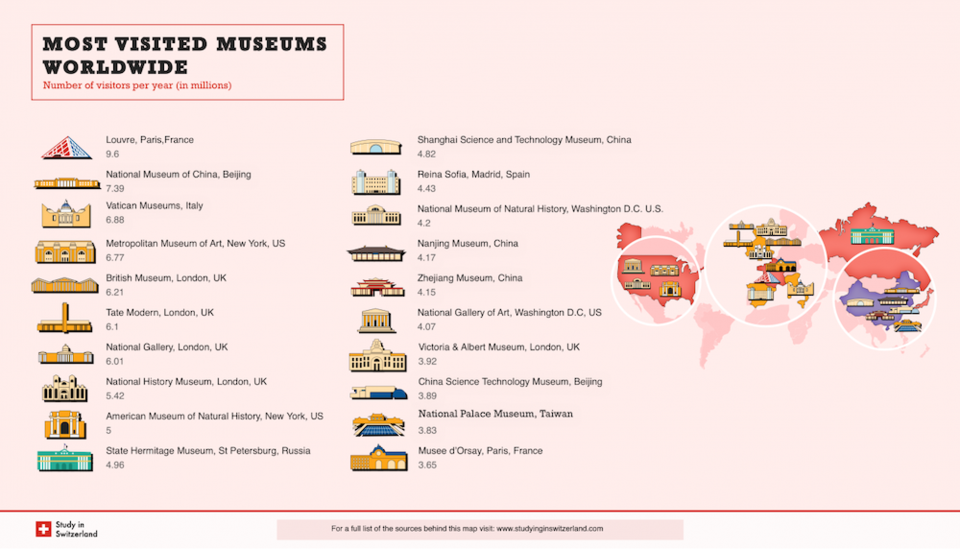 Photo via Study in Switzerland

People shouldn't travel to museums at this time, but there are several ways to explore them online.

Here are some museums you can virtually from the comfort of your own home: the Louvre, the Vatican museums, the Museum of Metropolitan Art in New York, the Tate Modern, the State Hermitage Museum in Russia, and the Reina Sofia in Madrid.