One Canadian is confirmed among the dead in a midair floatplane crash carrying cruise ship passengers on an excursion in southern Alaska Monday.
0
May 14, 2019 7:10 AM By: Lindsay William-Ross

One Canadian is confirmed among the dead in a midair floatplane crash carrying cruise ship passengers on an excursion in southern Alaska Monday.

The incident took place Monday afternoon near the southeast Alaska town of Ketchikan. 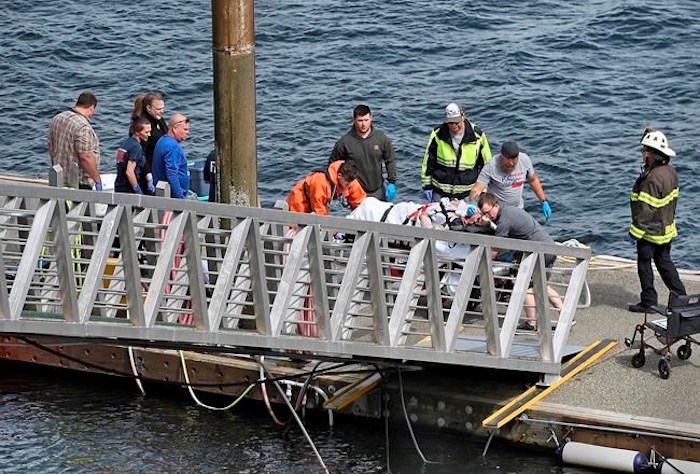 Emergency response crews transport an injured passenger to an ambulance at the George Inlet Lodge docks, Monday, May 13, 2019, in Ketchikan, Alaska. The passenger was from one of two float planes reported down in George Inlet early Monday afternoon and was dropped off by a U.S. Coast Guard 45-foot response boat. (Dustin Safranek/Ketchikan Daily News via AP)

The planes were being used for excursions for passengers aboard the Royal Princess, which departed Vancouver for Alaska on May 11 on a trip called “The Voyage of the Glaciers.” The ship was due to arrive in Anchorage on May 18.

Global Affairs Canada confirms a Canadian citizen is among the dead.

"Our thoughts and sympathies are with the family and loved ones of the Canadian citizen who died in Alaska," said a media representative for Global Affairs Canada via e-mail to V.I.A

"Canadian consular officials in Seattle are in contact with local authorities to gather additional information and stand ready to provide consular assistance as required."

"To protect the privacy of the individual concerned, further details on this case cannot be released," added Global Affairs Canada.

Both the FAA and NTSB are investigating the crash.

With files from the Associated Press