The poll also finds that nearly three quarters of Canadians agree that they support vaccinations against COVID-19 being mandatory once a vaccine is developed.
Jul 16, 2020 12:53 PM By: Elana Shepert 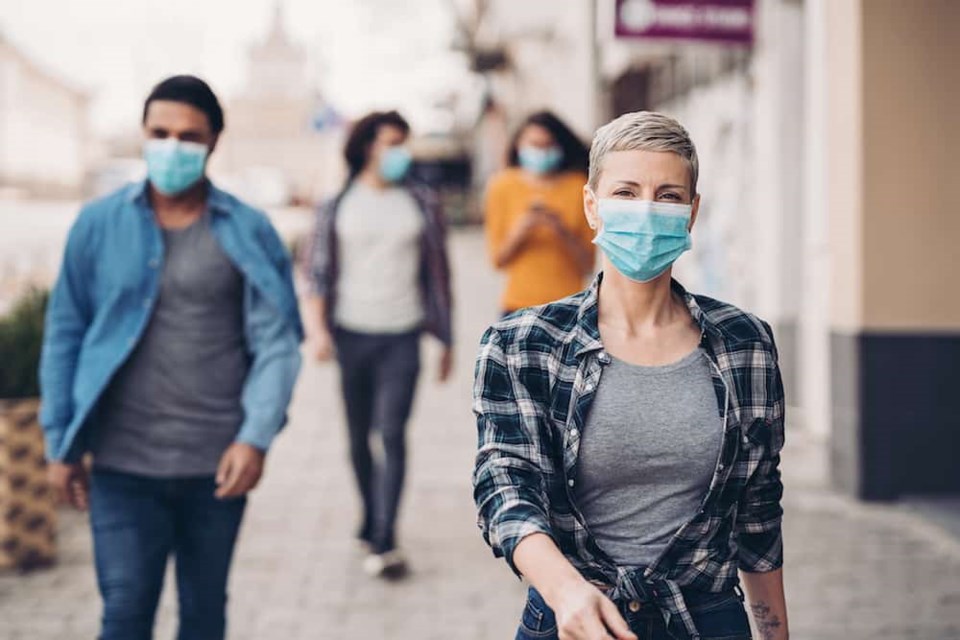 A new poll finds that the majority of Canadians believe government should make the wearing of face masks mandatory in public places.

According to a new Ipsos poll conducted for Global News, 79% of Canadians agree that masks should be made mandatory in public places (42% strongly/ 37% somewhat). However, support for enforcing this measure varies greatly across the country.

Residents in Saskatchewan and Manitoba (84%), B.C. (83%), Ontario (83%) and Quebec (80%) are significantly more likely than those in Alberta (66%) and Atlantic Canada (64%) to support this measure. Ipsos notes that, "The gap is largely driven by an urban-rural divide: 80% of urban-dwellers support this type of policy, while 67% of rural Canadians support it."

And while the majority (71%) of Canadians say they already wear a mask when they go inside public places, such as the grocery store, bank, attitudes vary greatly across Canada.

For instance, 82% of respondents in Ontario say they already wear a mask, while 71% of people in Quebec say they do. In British Columbia, that statistic falls to 68%, and in Saskatchewan and Manitoba 65% say they do. Atlantic Canada (59%) and Alberta (53%) are less likely to say they wear a mask.

Eight in ten (82%) agree (45% strongly/37% somewhat) that if everybody wore a facemask while in public, fewer people would contract COVID-19. Conversely, two in ten (18%) disagree (5% strongly/13% somewhat) that widespread wearing of masks would reduce COVID-19 transmission.

Nearly three quarters of Canadians agree that they support vaccinations against COVID-19 being mandatory once a vaccine is developed, unchanged since this question was first posed to Canadians in May.  Support for mandatory vaccines is highest in Saskatchewan and Manitoba (84%), Quebec (77%) and BC (77%), while lower in Atlantic Canada (72%), Ontario (69%) and Alberta (63%).

The Ipsos poll was conducted between July 8 and 10, on behalf of Global News. For this survey, a sample of 1,000 Canadians aged 18+ was interviewed online.