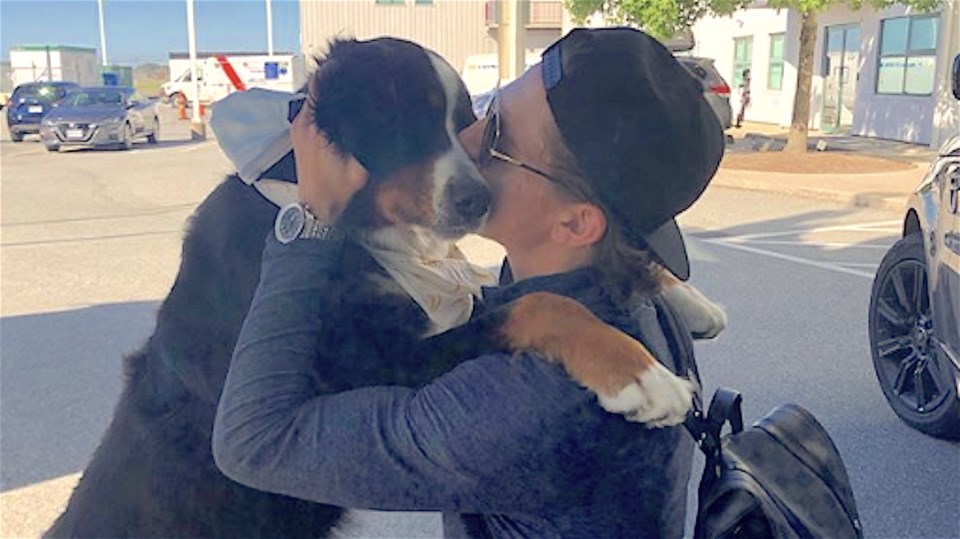 The NHL season has come to a close for Vancouver Canucks players, but their time at home with families and pets has just begun.

Videos recorded and posted to social media this week offered an inside look at joyful reunions between players and their furry friends.

Players, coaches, and staff members had been quarantined away from their family for nearly nine weeks to prevent COVID-19 spread.

Said goodbye to dad. Usually when I see the big boxes on wheels I know he’s leaving me, but this time I don’t know how long it is for. Sad day ☹️ Good luck chasing your dream, dad. I love you. #GoCanucksGo

After the Canucks were eliminated from the Western Conference finals by Las Vegas Golden Knights Friday night, they got to go home.

Winger Zack MacEwen surprised his French bulldog Alfie with his return home. At first, the dog barked at him, thinking he was a stranger.

When Alfie – known on Instagram as Alfred Harrington – realized it, in fact, was MacEwen, the pup ran into his arms.

Defenseman Troy Stecher, of the Vancouver team, was also welcomed home by his canine best friend.

Bernese mountain dog, Phoebe – who also has her own Instagram account – ran across an empty parking lot at first glance of the athlete with his luggage.

The player dropped his bags to hug and pet the tail-wagging pup.

Stecher being welcomed home by Phoebe from r/canucks

Captain Bo Horvat was greeted with plenty of kissing as he went for his first car ride in more than two months with canine Gus.