Canucks forward under fire for 'maskless' visit to Celebrities Nightclub

A number of Vancouverites say his behaviour was reckless, while others say he was enjoying some harmless fun.
Jul 2, 2020 2:39 PM By: Elana Shepert 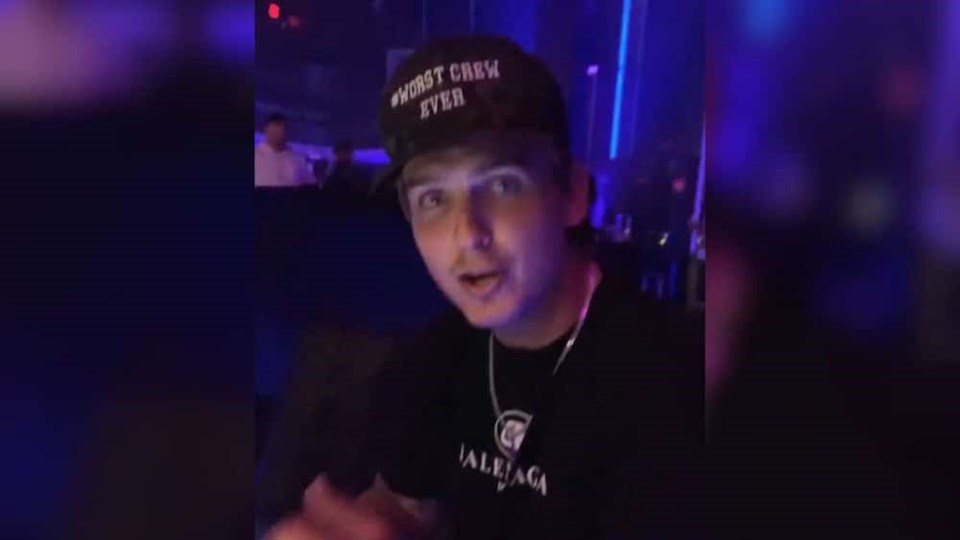 Vancouver Canucks' forward forward Jake Virtanen has come under fire after a video of him at a Downtown Vancouver nightclub surfaced on social media.

While the video has since been deleted, a photo of the 23-year-old, maskless Virtanen at Celebrities Nightclub is being shared by Vancouverites. A number of people say he is simply enjoying some harmless fun, but many others feel his behaviour is reckless. For one, he isn't wearing a mask, and Provincial Health Officer Doctor Bonnie Henry has repeatedly stated that they prevent the spread of COVID-19.

A number of other Vancouverites say he's also endangering the rest of his team, as he could infect them after visiting a busy nightclub. However, Celebrities has COVID-19 protocol in place to ensure safe physical distancing, such as the club's new reservation policy. Now, all attendance is reservation only, and all guests are stationed at assigned tables. Further, guests are told not to mingle with other tables.

Celebrities also encourages guests to wear masks, but it does not enforce this policy.

Of course, many locals are also talking about the hat Virtanen dons in the picture. The hat reads "#Worst Crew Ever" and is likely meant as a shot at fomer Washington Capitals forward Brendan Leipsic.

The Capitals fired Leipsic - a former Canuck - after a series of “offensive,” “misogynistic and reprehensible,” comments that he made in a private group chat were leaked online.

In the messages released, Leipsic shared a photo of former Canucks teammate Tanner Pearson and his wife - who was holding the couple’s infant child in the shot - accompanied by an offensive comment insulting Pearson’s wife's appearance.

Leipsic also commented on a photo of Virtanen and a group of friends in Mexico, writing, “easily the worst crew in the world.”

Vancouver Is Awesome has reached out to the Vancouver Canucks and will update the story when more information becomes available.