The NHL says, "there is no place in our League for such statements, attitudes and behaviour."
May 7, 2020 5:23 PM By: Megan Lalonde 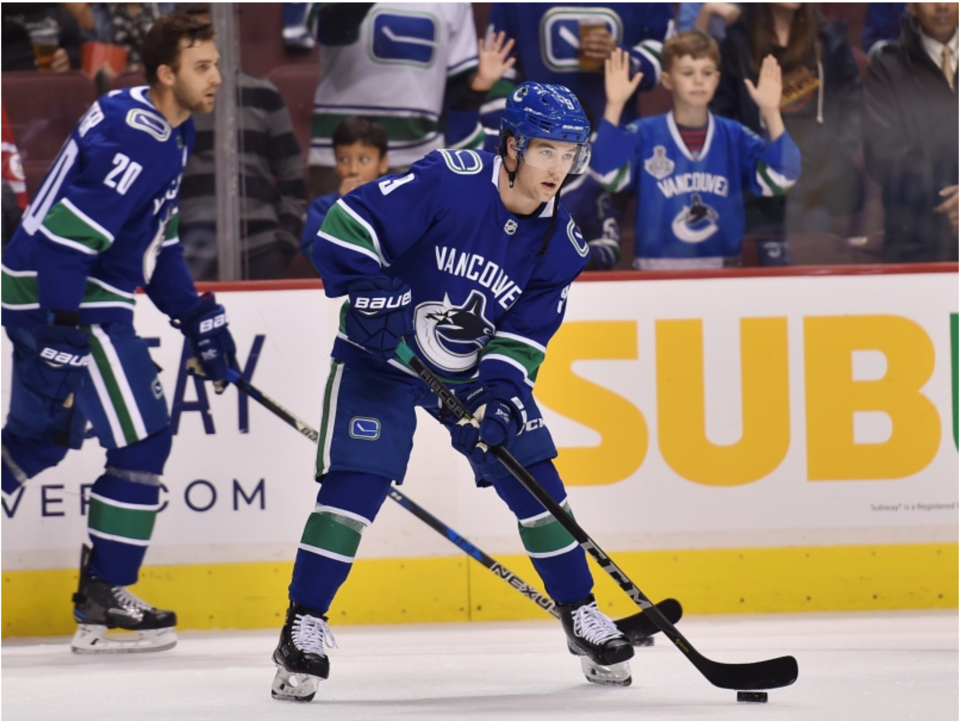 Forward Brendan Leipsic was traded to Vancouver from the Las Vegas Golden Knights in February 2018, before being placed on waivers by the Canucks in December of the same year. FILE PHOTO BY DAN TOULGOET / VANCOUVER COURIER

A former Vancouver Canuck has apologized after a series of “offensive,” “misogynistic and reprehensible,” comments he made in a private group chat were leaked online.

In the messages released, Washington Capitals forward Brendan Leipsic shared a photo of former Canucks teammate Tanner Pearson and his wife - who was holding the couple’s infant child in the shot - accompanied by an offensive comment insulting Pearson’s wife's appearance.

Leipsic also commented on a photo of Canuck Jake Virtanen and a group of friends in Mexico, writing, “easily the worst crew in the world.” 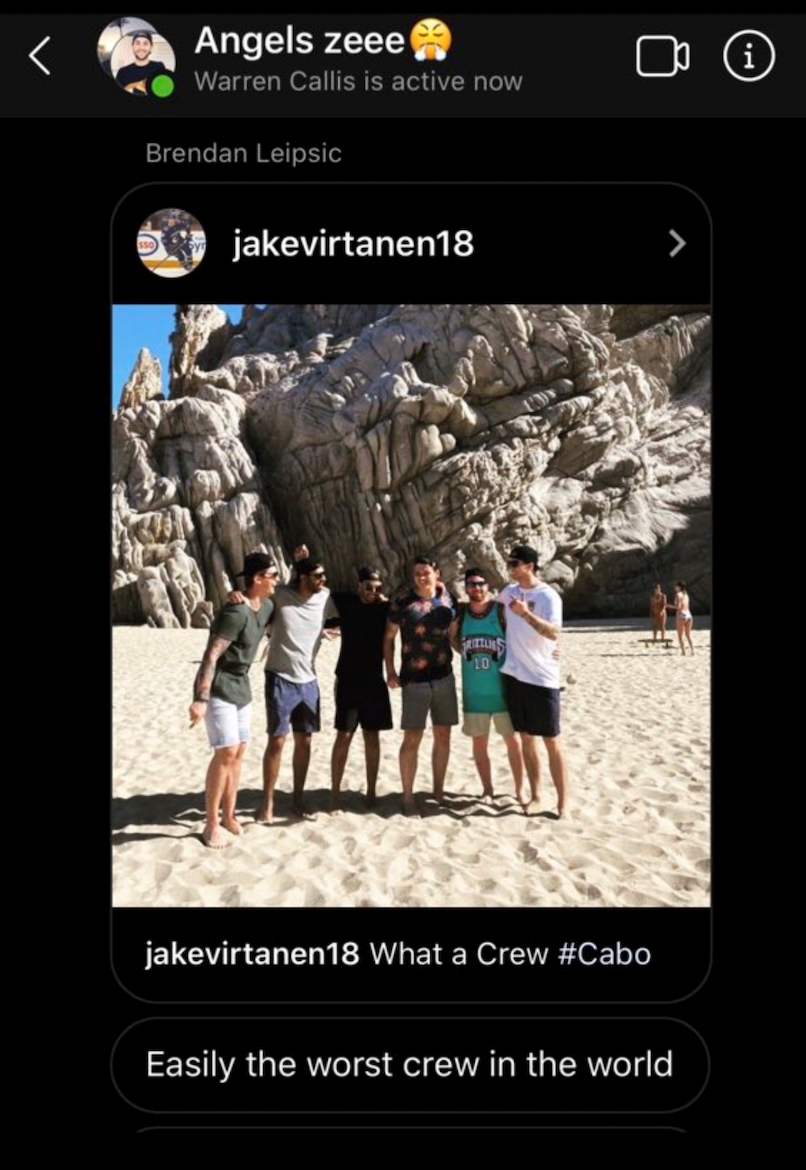 In other screenshots taken of the chat, 25-year-old Leipsic can be seen commenting on the appearance of Edmonton Oilers star Connor McDavid’s girlfriend, referring to women as “pathetic,” “pig,” and several other demeaning, derogatory terms, and calling his Capitals linemates Nic Dowd and Garnet Hathaway “losers.” 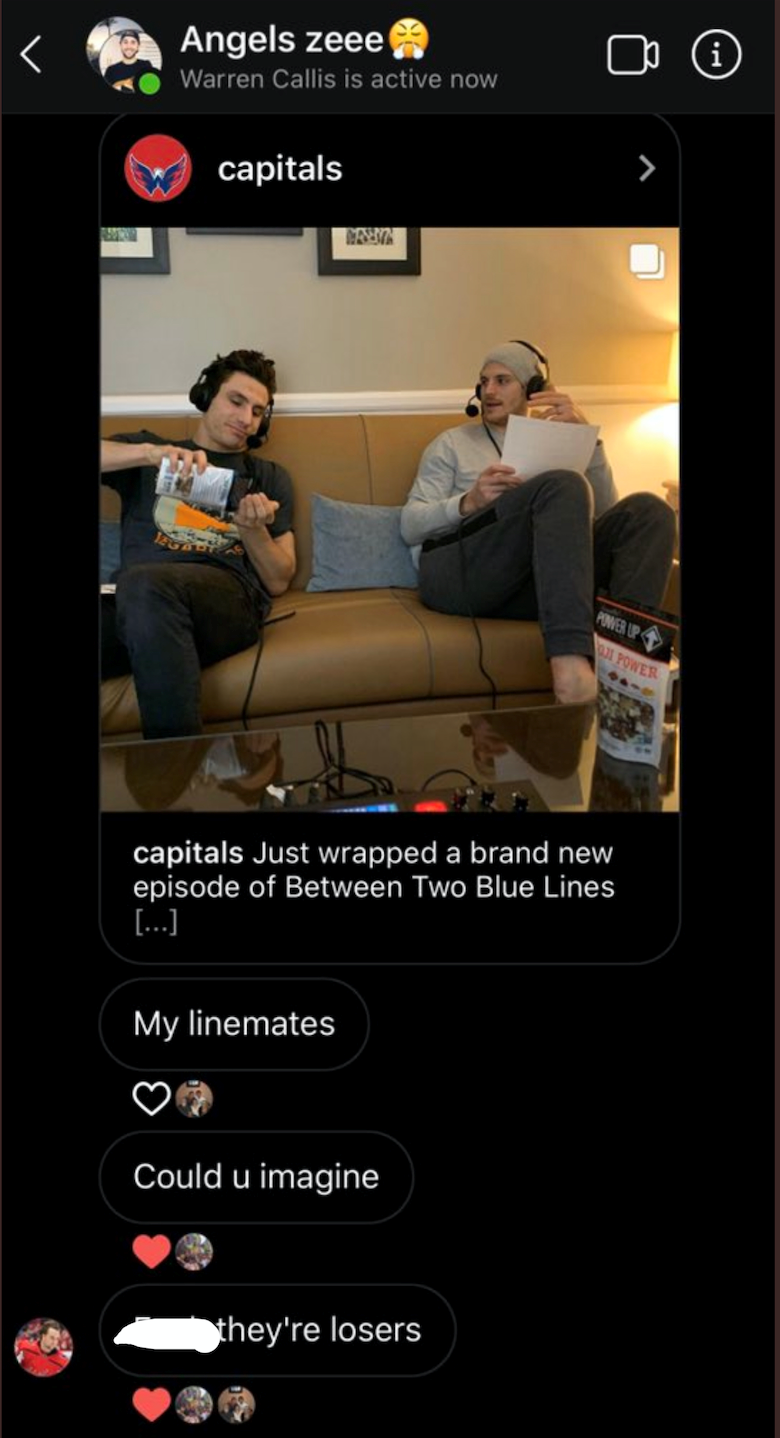 Other comments written by the athlete appear to make repeated reference to drug use.

Florida Panthers prospect Jack Rodewald, who has played 10 NHL games for the Ottawa Senators, was also a member of the conversation.

In a statement, the National Hockey League said it “strongly condemns the misogynistic and reprehensible remarks made by” both Leipsic and Rodewald in the chat.

“There is no place in our League for such statements, attitudes and behaviour, no matter the forum. We will address this inexcusable conduct with the clubs and players involved.” 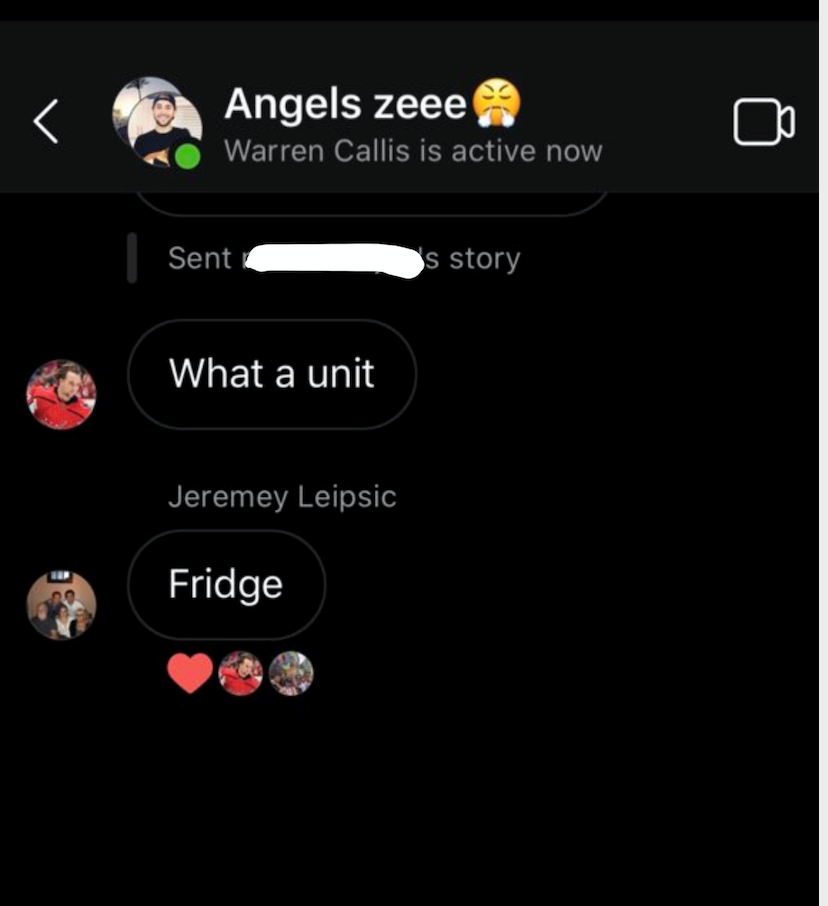 Many of the screenshots leaked online show Leipsic and other members involved in the group chat commenting on women's weights and insulting their appearances. Screenshot / @capitalsdegen

Screenshots of the chat originally posted to an Instagram account have since been deleted, but can still be found spreading across several social media platforms.

Nicole Zajac was just one of several women spoken about in the group chat.

In a statement written in the notes app and posted to Twitter on Wednesday, Leipsic apologized for the comments, claiming his “friend’s Instagram was hacked and an individual circulated images that are representative of private conversations" he was a part of.

"I fully recognize how inappropriate and offensive these comments are and sincerely apologize to everyone for my actions, "Leipsic continued. "I am committed to learning from this and becoming a better person by taking time to determine how to move forward in an accountable, meaningful way. I am truly sorry.”

Leipsic was traded to the Vancouver Canucks from the Las Vegas Golden Knights in February 2018, before being placed on waivers by the Canucks in December of the same year.

Neither Leipsic nor Rodewald currently has a contract that extends into the next hockey season.

Meanwhile, Leipsic’s brother Jeremey appears to have been released by the University of Manitoba Bisons men’s hockey program due to his involvement in the group chat.