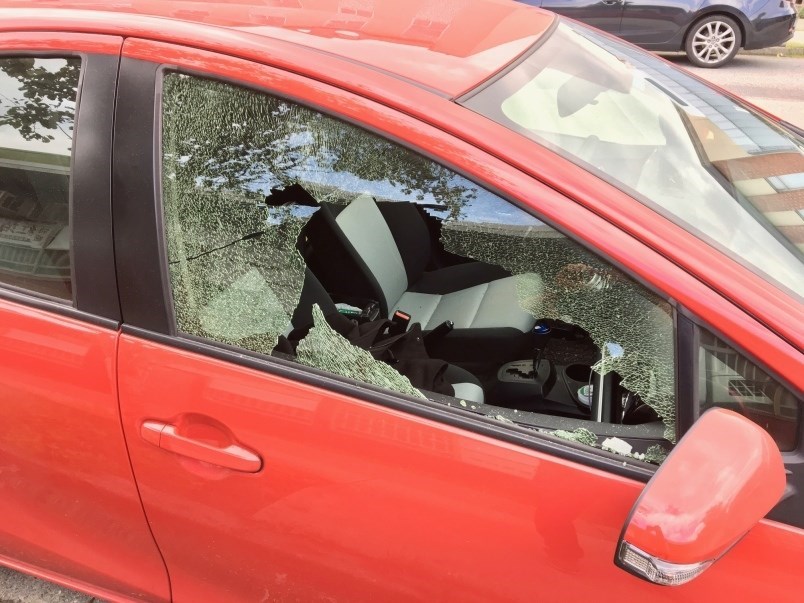 Car break-ins in Vancouver dropped 40 per cent in 2020 compared to 2019, with a police report pointing to the pandemic as the reason for the decrease. File photo Mike Howell
The pandemic’s effect on Vancouver’s crime rate in 2020 was substantial, with car break-ins dropping by 40 per cent from the previous year — 16,498 to 9,882 — while burglaries to businesses reached a 10-year high.

The two types of crimes are among those highlighted in a year-end Vancouver police statistical report that also shows anti-Asian hate crime incidents soared by 717 per cent from 12 in 2019 to 98 last year.

The report, which goes before the Vancouver Police Board Thursday, pointed to less people working and driving to work, and more employees working from home. Fewer businesses are open, while many others still operating are doing so on reduced hours.

Overall, the report said, there is less general activity by people.

“All of the above directly affect multiple crime categories for a variety of reasons including there being less access to available victims,” the report said.

“In addition, increased access to social supports, including the Canada Emergency Response Benefit, are believed to have reduced low-level property crimes, which are frequently committed to support untreated addiction.”

Serious assaults increased by 17 per cent, with a 54 per cent spike against police officers.

The number of sexual offences reported to police in 2020 was 583 compared to 628 in 2019, with the report noting 23 per cent of files generated last year were for incidents that occurred in previous years.

At the same time, the report said intimate partner violence was at an all-time high.

Police calls for service were down 14 per cent in 2020 over 2019 and officers got to “priority one” calls — on average — 20 seconds faster than in 2019, although the report notes the response time is still about two minutes slower than in 2011.

Less traffic congestion and more patrol officers on the road are believed to be reasons for the faster 10 minute, 14 seconds average response time in 2020.

“The increase in patrol unit availability occurred due to courts being closed and training being cancelled, which resulted in 12 per cent more patrol officers being available,” the report said. 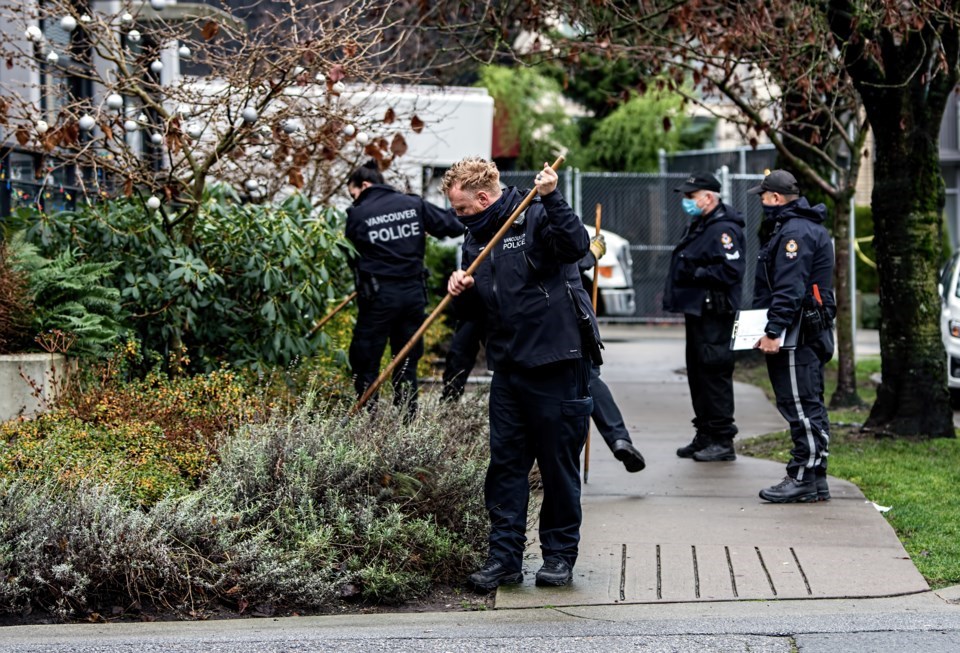 Interpreting the statistics is an exercise in understanding the many variables associated to why and how crimes went up or down, or remained steady, including which part of the city was affected by a surge or decrease.

For example, the report shows an overall increase in the three most serious types of property crime – break-and-enter, arson and fraud. Yet, 19 of Vancouver’s 24 neighbourhoods saw a decrease in property crime due to the decline in car break-ins and other thefts.

The downtown central business district, Strathcona and the West End accounted for 69 per cent of all reported 2020 serious assaults in Vancouver. The three neighbourhoods saw a combined increase of 15 per cent, with the West End seeing a 50 per cent spike.

Other notable crime trends in the year-over-year statistics:

• A 50 per cent increase in seized firearms.

• Nineteen people were murdered last year compared to 11 in 2019.

• Arsons increased by 24 per cent.

• Assaults accounted for 79 per cent of all violent crimes in 2020.

The number of police apprehensions of people under section 28 of the Mental Health Act decreased from 2,906 in 2019 to 2,816 last year, but the report noted apprehensions are up by 13 per cent into the first few months of this year.

The section of the Act allows an officer to apprehend and immediately take a person to a physician for examination if satisfied the person is “acting in a manner likely to endanger themselves or others and apparently has a mental health disorder.”

The full report will be presented to the police board Thursday at 1 p.m.