Former Vancouver City Councillor Gordon Price is not the first to navigate technical difficulties during the COVID-19 pandemic with virtual meetings
Oct 28, 2020 12:05 PM By: Sarah Grochowski 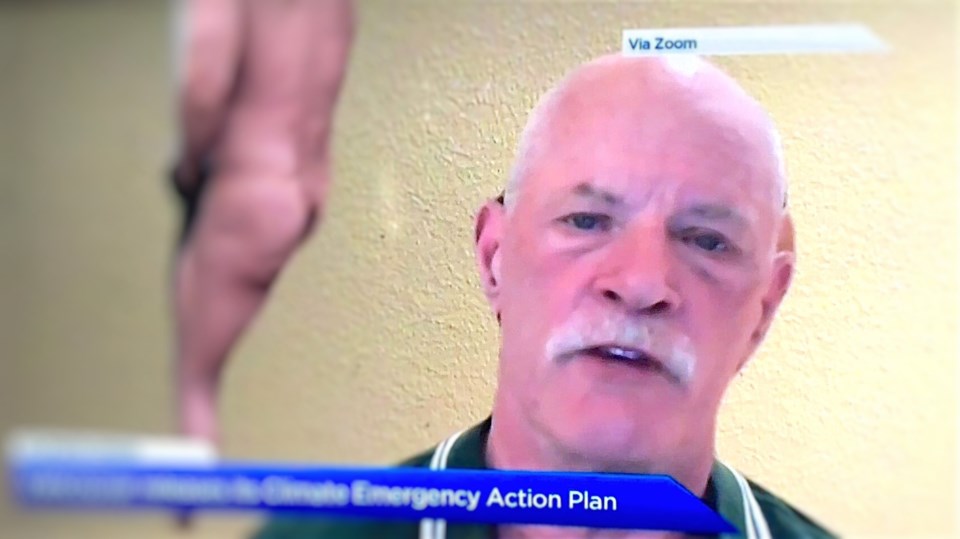 What the award-winning analyst didn’t expect was his interview to get a little cheeky – with the backside of his husband peeking through his green screen effect in Zoom.

"I have one of those digital backgrounds that I thought prevented the background from appearing. I guess it’s only true if nothing moves," Price remarked to Vancouver Is Awesome.

Price said he worries the mishap drew viewers away from what was said during the interview.

The City of Vancouver "won’t lead but we will follow," he said, with its new proposed strategies to encourage more trips to be made on foot, by bike, or on transit.

It's not the first time during the COVID-19 pandemic that social distancing via virtual meetings on Skype or Zoom has left viewers questioning their eyesight – or their hearing.

Back in April, questions arose as to which Vancouver City councillor flushed their toilet during a virtual meeting.

It happened during roll call, just before councillors were asked to mute their phones. Laughter was audible on the feed.

So was a remark from Coun. Jean Swanson, who concluded that “someone was doing council business on the toilet.”

– with files from Mike Howell