City of Vancouver proclaims 2018 'Year of the Queer'

Photograph By VANCOUVER PRIDE SOCIETY Why celebrate Pride for one week when you can celebrate it for a full year? On Tuesday, May 15, city council unanimously agreed that 2018 is the “Year of the Queer” and will read a proclamation during a special e
0
May 17, 2018 10:11 AM By: V.I.A. 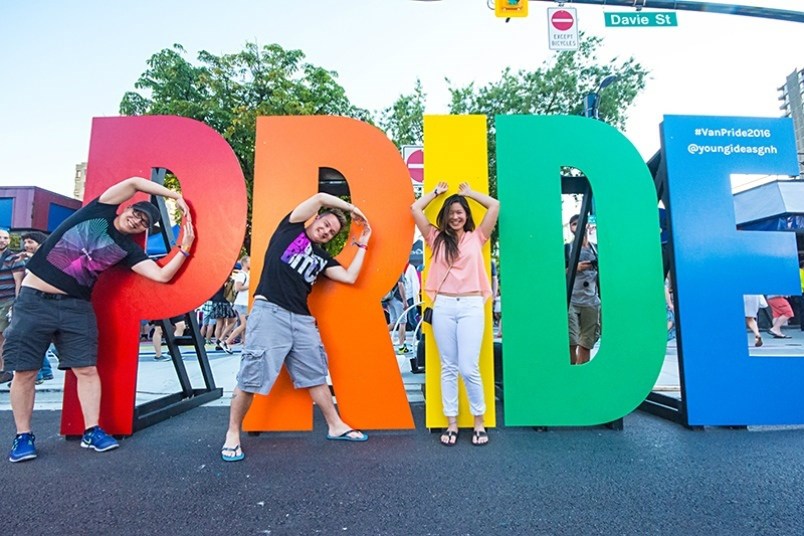 Why celebrate Pride for one week when you can celebrate it for a full year?

On Tuesday, May 15, city council unanimously agreed that 2018 is the “Year of the Queer” and will read a proclamation during a special event at city hall May 23.

The event will be in lieu of the annual Pride kickoff normally hosted at city hall, and will start in council chambers at 11 a.m with an hour-long panel discussion between members of the LGBTQ2+ community. Afterwards, a two-spirited citizen will bless a celebration at Helena Gutteridge Plaza featuring music, food-trucks and information booths set up by local queer organizations.

Councillor Tim Stevenson, who is openly gay, will moderate the panel. He and former councillor Ellen Woodsworth were instrumental in the city hosting the inaugural Pride kickoff event years ago. While the pride flag has been raised at city hall in the past, this year will mark the first time a two-spirited flag joins the trans and pride flags, all of which will stay raised from May 23 to Aug.19. The Pride festival and parade happen on Aug.5.

“This is to my knowledge the first time in Vancouver and across the country where we’re designating this the 'Year of the Queer,’” Stevenson said before council.

The report brought to council said 2018 is a “particularly special year in the LGBTQ2+ community because it marks the anniversaries of 15 local arts, cultural, health and community organizations that do important work on behalf of Vancouver’s LGBTQ2+ community.”

Collectively these organizations have provided 330 years of service to the city’s LGBTTQ community, the report said.

Councillor Stevenson noted during council that queer was once a word his generation fought against, but now is a term embraced by a increasingly inclusive community.

Woodsworth, who was the first openly lesbian councillor in Vancouver, cautioned that an effort should still be made to acknowledge the different adversities faced by seperate groups under the queer umbrella.

“There are different issues for the gay men than there are for lesbian women,” said Woodworth, who was reached while on a bike trip in Japan.

“We need to use the words transgender and two-spirited because each one of the groups within the queer community face their own struggles that need to be recognized.”

Woodsworth said that while this proclamation is a great way to celebrate the achievements of the LGBTQ2+ community, the implementation of queer rights still has a long way to go.

At Tuesday's council meeting, Coun. Andrea Reimer acknowledged that the city’s proclamation of 2017 being the “Year of Reconciliation” had a powerful impact on Indigenous communities.

“As the mom of a trans kid, these things really matter a lot,” she said. “I have some really good feeling for what’s possible for my kid in the future, but most importantly all the kids in the city who are not currently seeing opportunities or possibilities for themselves.”