Could these Metro Vancouver newlyweds be Canada's most talented family?

Santé Fortunato and Alexandr Yudintsev are vying for a title that will be presented by music producer and TV personality Simon Cowell.
May 17, 2020 8:35 PM By: Mario Bartel 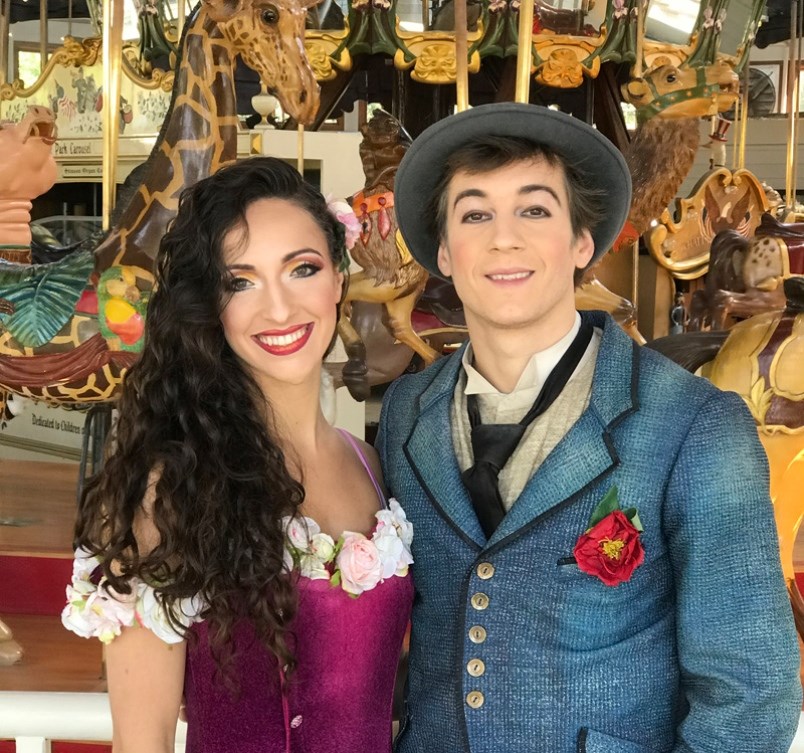 Santé Fortunato and Alexandr Yudintsev were on tour with Cirque du Soleil in Belgium when the COVID-19 pandemic threw them out of work, likely for the rest of the year. PHOTO SUBMITTED

Santé Fortunato and Alexandr Yudintsev don’t normally get nervous when performing in front of arenas filled with people.

But the seasoned circus artists admit they had butterflies when they choreographed and filmed a short video that’s earned them a spot among the 10 finalists in a national Canadian Family’s Got Talent competition being run by CITY-TV’s Breakfast Television program.

Fortunato, who grew up in Coquitlam, and Yudintsev, who’s from Kazakhstan, married last September after they met at circus school in Montreal. Both were on tour with Cirque du Soleil in Antwerp, Belgium, when the COVID-19 pandemic shut down first their rehearsals and then the rest of their shows for the balance of the year.

Suddenly out of work, the couple retrenched to their apartment in Port Moody where they were able to make the short commute to the Eagle Ridge home of Fortunato’s parents that offers an expansive backyard for them to continue working out and even a small dance studio in the basement when the weather turns bad.

And that’s what they’ve been doing ever since, working on conditioning exercises together for about an hour every other day before Fortunato would concentrate on stretching, contortions and yoga, while Yudintsev did crossfit, juggling, or ran up the Coquitlam Crunch. They also began the process of putting together their own 45-minute show as a way to keep their creative fires stoked.

That’s when Yudintsev swiped across a notice about the talent contest while scanning his social media feed.

“It gave us that drive and excitement and passion,” Fortunato, 31, said of the competition that will be decided by online votes with the winner crowned by renowned music producer and talent scout Simon Cowell during a live broadcast May 26.

But time was of the essence. The deadline to submit videos was approaching and dinner needed to be cooked.

So late one afternoon, Fortunato enlisted her mom, Mona D’Amours, to record the brief routine they’d put together on the back deck of her Coquitlam home. Their performance incorporated a wooden Adironack chair, hula hoops, juggling and dance.

And while the routine only took them two takes, Fortunato said it wasn’t as easy as they made it look because the armrest on the chair was shaking as she executed a lithe handstand on one of its armrests.

Remember if you already voted yesterday you can vote again today! Anyone can vote! Day 2 of voting Canadian Family's Got Talent; vote for us #9 with all your emails on this link; share link with your friends https://www.breakfasttelevision.ca/contests/canadian-familys-got-talent-2/ We are in the top 10 acts, but we need your votes to move on to the next round. 🙏

But making do with whatever challenges come along has become a bit of a survival strategy for the couple as they cope with their uncertain futures.

“You should be able to adapt to whatever life gives you,” Fortunato said. “Creating has given us the motivation to be excited about something.”

To see all the finalists and cast a vote, click here. You can vote once every 24-hour period, until 9 p.m. PDT May 19.