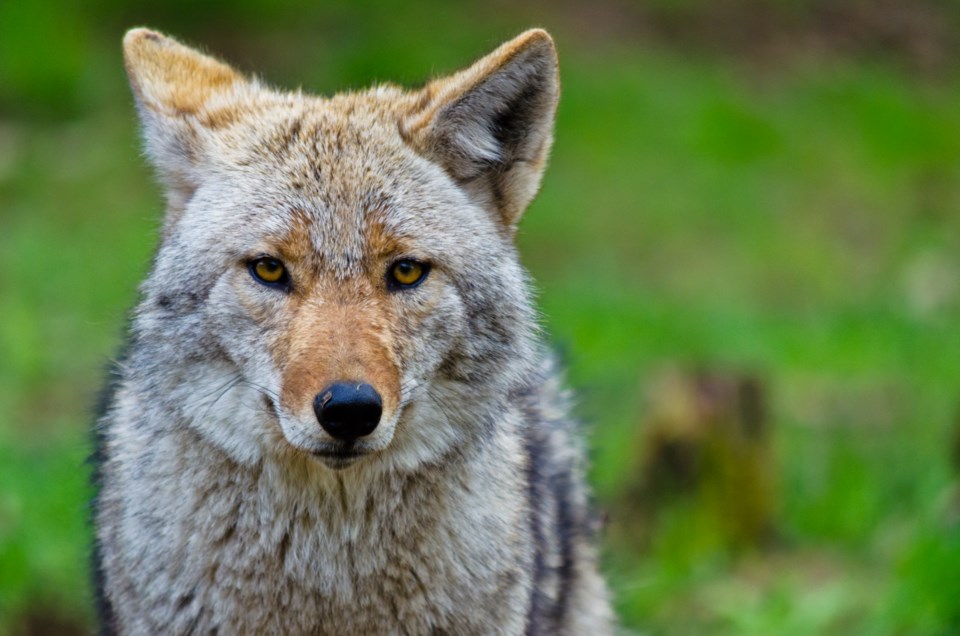 A coyote (not the same animal pictured here) was recently caught on film strolling through Stanley Park. Photo: Getty Images

A video of a curious coyote trotting through Stanley Park was shared to Vancouver's Reddit channel Friday.

In the footage posted by Reddit user shawneffel the morning of July 17, the small canine can be seen casually loping through a wooded area in the Vancouver park.

The animal's colouring prompted a few comments, with one Reddit user writing, "That's a really odd[-]looking Coyote. I'm guessing it could be a coyote dog hybrid."

Another commenter expressed concern for the many pups who regularly visit Stanley Park with their owners, writing, "I saw a lot of people with their dogs off[-]leash on the inner trails yesterday- this is why you don’t do that."

It's not uncommon to spot the animals in the area. In fact, the Stanley Park Ecology Society (SPES) even has a "Coyote Sightings Map" to help inform its Co-Existing with Coyotes program. According to the map, this is just one of a handful of coyote sightings that have been reported to the society this month.

One recent sighting that reportedly took place on July 7 is said to have involved coyotes that displayed aggressive behaviour towards people.

Likely related to the species' pupping season, the encounter saw adult coyotes chase an on-leash dog and its owner, according to the SPES. To that end, dog walkers are highly advised to avoid this area until end of July.

As the SPEC explains, coyotes are well adapted to living in cities, including Metro Vancouver. While they are naturally scared of people, they can become bold and aggressive if fed.

Here are a few tips from the SPES to help reduce conflicts between people, pets and coyotes, in the event you encounter one of these animals yourself:

Check out the video below:

For more information about interacting with coyotes in Vancouver, visit the SPES's website or contact coyotes@stanleyparkecology.ca. Anyone who sees a coyote displaying aggressive or threatening behaviour is urged to  immediately report the sighting to the BC Ministry of Environment emergency call centre at 1-877-952-7277.