Just in time for the holidays, a popular Lower Mainland YouTuber has shared a video called "Christmas Tree Shopping In Chilliwack BC."
Dec 12, 2019 6:08 PM By: Elana Shepert 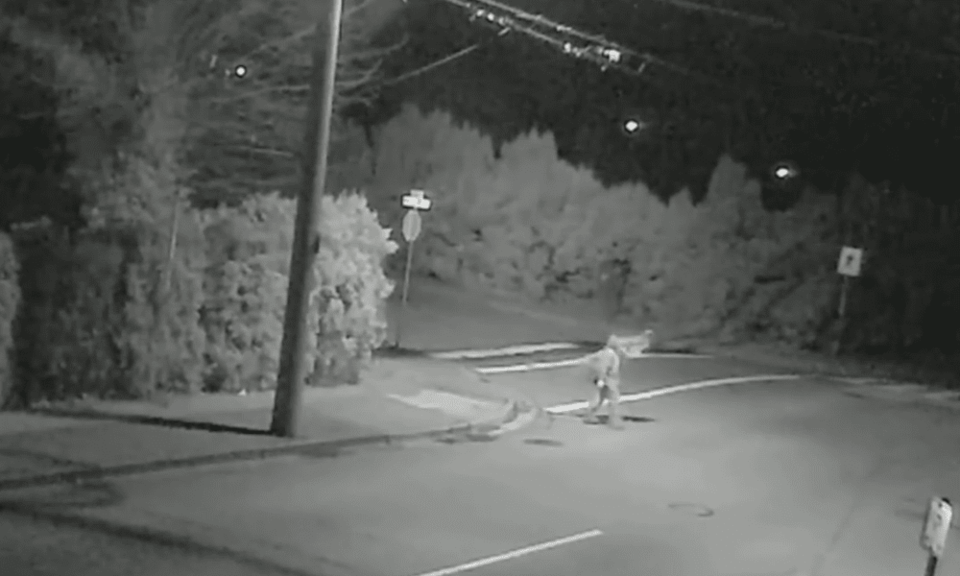 YouTube star Robb Iezzi shared a video of a person stealing a portion of his neighbour's hedge. Photo: Rob i / YouTube

In the video, a person is shown strolling across the street at night. Once they reach the other side, they begin to cut into the side of a hedge. Following this, the person seems to struggle with pulling a chunk of the hedge away.

Once the 'hedge-cutter' is able to free a generous portion of the greenery, they take a step back. As they do, an RCMP vehicle is seen driving past them, but their vehicle doesn't stop. As such, the person throws the 'tree' over their shoulder and strolls back across the street.

However, in the next shot, RCMP turn their lights on and pull over beside the person.

Popular Chilliwack YouTuber Robb Iezzi shared the video to his channel with the title, "Christmas Tree Shopping In Chilliwack BC."

In the description, Iezzi notes, that, "She has found her perfect Christmas tree, even though it's part of my neighbors hedge."

Vancouver Is Awesome has reached out to Chilliwack RCMP but has not heard back at this time. The story will be updated once information is provided.

Firefighters close street in Downtown Vancouver due to apartment fire
Jul 9, 2020 8:50 PM
Comments
We welcome your feedback and encourage you to share your thoughts. We ask that you be respectful of others and their points of view, refrain from personal attacks and stay on topic. To learn about our commenting policies and how we moderate, please read our Community Guidelines.