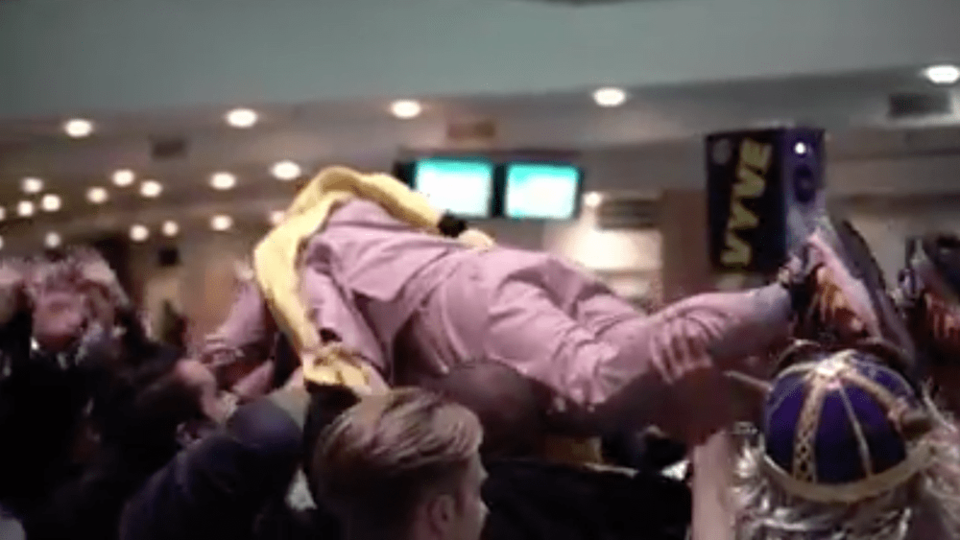 On New Year's Eve a massive group of party goers descended on Vancouver International Airport for a 'Vyve' dance party.

Roughly 200 participants joined in the flash mob, treating astonished travelers to a vibrant display in the International Arrivals area.

What exactly does it mean to 'Vyve'?

According to Jacques Martiquet, Vyve Leader and 'Chief Party Scientist,' “Vyving is the art of reaching a state of joy through connecting face-to-face with other humans.”

Martiquet adds that the mission of Vyve is to combat the mental health epidemic by empowering people to find joy in human connection, as opposed to screens, drugs, and alcohol.

Before reaching the airport, however, the party pack met at Lonsdale Quay SeaBus Terminal at 8 p.m. After that, the excited group boarded the SeaBus before hopping on the Canada Line SkyTrain, where they rejoiced all the way to the airport.

Martiquet says that hosting the finale for the mobile disco event at the airport was, "the most appropriate way to introduce travelers to Canadian spirit" at the start of 2020.

He adds that participants had a great time singing and, "believe it or not, crowd-surfing at International Arrivals within the airport."

This was the second year in a row that Martiquet and his friends have brought their enthusiastic sober party pack to the airport on New Year's Eve.

Have a look at this video of some of the highlights from the big night.