Sidoo is going to prison for fraud relating to the U.S. college admissions scandal
Jul 16, 2020 7:32 AM By: Graeme Wood 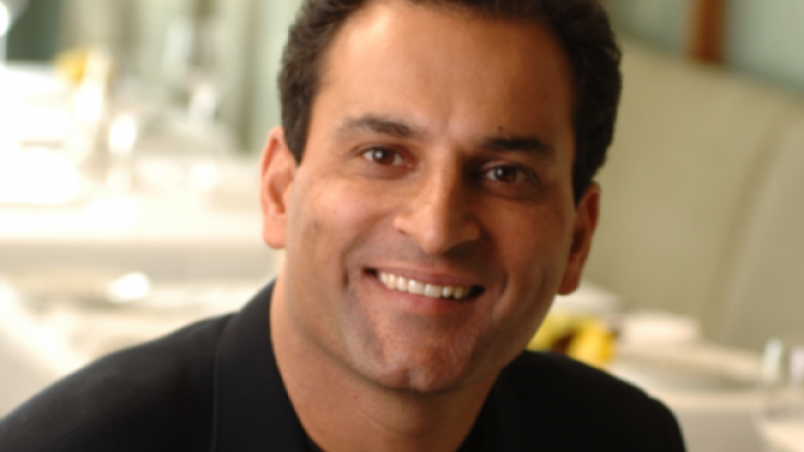 Vancouver stock promoter and philanthropist David Sidoo was sentenced Wednesday via video conference to 90 days in a United States federal prison for fraud in relation to cheating the U.S. college admissions process for his two sons.

The Federal Bureau of Prisons is expected to take Sidoo into custody on September 23 and release him from a Pacific Northwest area facility just before Christmas.

“The last several months have been the hardest in my entire life and today I accept the court’s decision without reservation. No words can express how sorry I am for my decisions and actions that led to this day. I make no excuses, your honour. I broke the law and pled guilty and I now must pay for my actions.

“To my wife and boys, all I ever wanted was your love and respect and to be a good role model. And I know I have made a terrible mistake that has deeply affected our family. To my friends and colleagues and former teammates over the years, I am deeply ashamed today. To the young men and women who looked up to me as a role model, you deserve better. To the court and all of you, I wish to apologize for my actions.

“I will serve my sentence and am committed to returning to the community and doing everything possible to make a positive impact. I hope in time people will not judge me for the worst mistake in my life but for the work in the days, weeks and years ahead in which I am committed to being a better man.”

Gorton told Sidoo he was “impressed” by the businessman’s “obvious remorse.”

But Gorton pointed out two omissions in Sidoo’s statement.

“You expect to put this behind you and go forward and make up for what you called mistakes. I would call it a crime, not a mistake, but nevertheless, it is important that you acknowledge it and realize how many constituencies you have disappointed,” said the judge.

Sidoo also did not explicitly acknowledge that his crimes resulted in two students missing an opportunity to attend the universities his sons, Dylan Sidoo and Jordan Sidoo, were admitted to.

“What you accomplished, along with getting them into college, is to deprive two other deserving students of admittance into those universities — an act that is the very antithesis of one you want to be known for,” said Gorton.

“His crimes warrant significant punishment. By engaging in the scheme, with [scheme mastermind Rick Singer] and others, Sidoo was able to steal two college admissions slots for his sons, including one from the University of California at Berkeley, one of the top public universities in the nation.”

“You have let your selfish desire, your pride and your enormous wealth overcome all of what you apparently want to stand for with your works of charity,” Gorton told Sidoo.

Sidoo’s philanthropy, derived from his earnings in the capital markets, was central to his sentencing defense. According to Sidoo he has donated several million dollars to charitable causes, such as the University of B.C. football program.

In pleading guilty to fraud, Sidoo avoided a maximum prison term of 20 years and prosecutors subsequently agreed to 90 days behind bars, plus a $250,000 fine and one-year of supervised release, which will not be enforced in Canada by the U.S. Probation Department. Prosecutors also agreed to drop the money laundering charge.

The prison Sidoo goes to is expected to have harsher conditions since his options are limited due to his foreign citizenship. His attorney Martin Weinberg said he is expected to spend 14 days in isolation in a “maximum security setting,” due to COVID-19.

Sidoo will get four days credit for time already served. If he serves the full 90 days he will be released December 17 but will have to spend 14 days in isolation at home should B.C. public health rules for international travellers and COVID-19 continue into the fall.

Gorton said Sidoo’s crime would normally warrant more time in jail but there are mitigating circumstances, such as his remorse, lack of criminal record, philanthropy and “collateral consequences,” such as not being able to enter the U.S. as a felon and being stripped last month of his Order of B.C. medal for community service. Sidoo’s attorneys also previously noted he did not directly pay the universities but that his fraud was limited to cheating on the tests.

The former B.C. Lions football player worked as a stock broker in the 1990s and an investment banker between 2000 and 2010. Since 2010 he has made millions of dollars directing a handful of public companies that have failed to generate wealth for retail investors.

Sidoo was arrested March 8, 2019, in San Jose, California, on charges by the U.S. Department of Justice of conspiracy to commit mail fraud and honest services mail fraud and conspiracy to commit money laundering related to the high-profile U.S. college admissions and bribery scandal, brought to light by a Federal Bureau of Investigation probe dubbed Operation Varsity Blues.

One of dozens of parents to be charged, Sidoo initially pled innocent to paying $200,000 total to scheme mastermind William ‘Rick’ Singer, who hired corrupt exam expert Mark Riddell to take Dylan and Jordan’s SAT exams, in 2011 and 2012, respectively. Sidoo also helped falsify one of his son Jordan’s university applications in October 2013 with an essay that originally included a fake claim of Jordan being held up at gunpoint by gangsters, while he was purported to be an intern for an anti-gang organization.

Co-conspirators Singer and Riddell pled guilty last year in exchange for cooperating with the government’s investigation.

The guilty parties in the case, who used Singer’s criminal services, were generally well-off individuals. Celebrities such as actress Lori Loughlin and her clothing designer husband Mossimo Gianulli and actress Felicity Huffman also pled guilty for related crimes and brought much media attention to the investigation.

Sidoo’s sons had no involvement in their father’s crime.

Jordan is now a 2018 history graduate from University of California Berkeley. Dylan graduated in cinematic arts in 2016 from the University of Southern California (USC). The two previously attended Vancouver’s prestigious St. George’s School.

Neither university has announced whether or not their degrees will remain valid. Dylan, according to the sentencing documents, had scored a 1,460/2,400 SAT score until Riddell, using a fake ID in December 2011, bumped up the score to 1,700, which was high enough for Dylan to enter Chapman University (and later transfer to USC). Riddell then scored 2,280/2,400 for Jordan in December 2012, paving the way to Berkley.

Riddell also took a high school test for Dylan. The B.C. Ministry of Education has issued no statement on how its testing process was so vulnerable to fraud.

Both sons have since entered into penny stock promotion with their father.