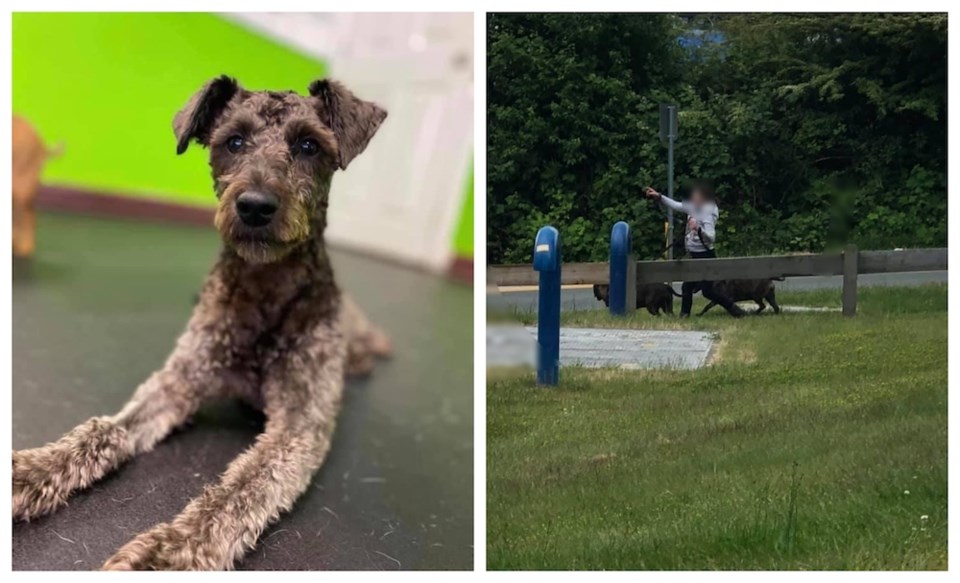 A Metro Vancouver family is heartbroken after their 7-month-old puppy was killed by two large dogs in Kennedy Park on June 7, 2021. Photo via Susan Mattu-Birring / Facebook

A family is heartbroken after their 7-month-old puppy was killed by two dogs in a Metro Vancouver park.

Susan Mattu-Birring wrote in a Facebook post that she was walking her puppy Odis in Surrey's Kennedy Park on Monday (June 7) at around 11:30 a.m. when she saw a woman and her two dogs approaching in the opposite direction.

"Everything happened so fast and before I knew it he was attacked and killed by these two large dogs that had broken away from this lady who was walking them," she writes.

"Our poor puppy never had a chance and I watched in horror as Odis was brutalized. She left the scene and left me there with my lifeless furbaby."

In the four months the family had Odis, Mattu-Birring writes that he "has been the light of our life." She added that her three children "no longer have the puppy they always dreamed of."

Surrey RCMP spokesperson Cpl. Vanessa Munn tells Vancouver Is Awesome that the police attended the scene but the file has been transferred to Surrey's bylaw department and it is conducting an investigation.

The family is asking anyone with information to contact Surrey bylaws or the Surrey RCMP with any information related to the incident.

Adorable pooch reunited with family after hopping into a UPS truck in Vancouver
Dec 15, 2020 1:17 PM