Dog rescued from edge of swollen creek in North Vancouver 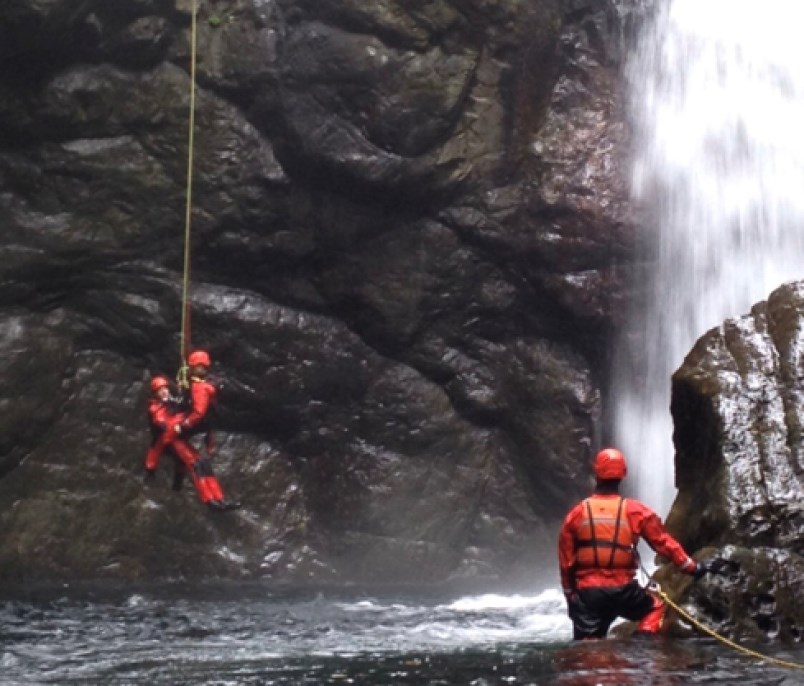 A border collie that got stranded on the edge of a fast-running Mosquito Creek Saturday afternoon was a lucky dog after District of North Vancouver firefighters stepped in to rescue the pooch.

A hiker walking on a trail near Prospect Road in the Montroyal neighbourhood came across the dog perched on the edge of the high-running creek, late in the afternoon, said Jeremy Duncan, assistant chief of operations for District of North Vancouver Fire and Rescue Services.

“It was too dangerous for them to get down to help the dog,” said Duncan, so the hiker called for help – which was the right move, he added.

Firefighters in ropes and safety harnesses split into two teams – one on either side of the creek. The first team to reach the dog then passed the pooch to the second team. Those firefighters carried the dog to safety.

The collie – named “China” – was a bit shaken up, but happy to be back on dry land, said Duncan.

A call to the number on the dog’s tag revealed the frightened animal had got separated from a dog walker – who soon arrived on scene.

Duncan said when a high streamflow advisory is in effect – as it was on Saturday – it’s best to keep dogs on a leash and stay away from the edge of any rivers.

Rain on Friday and Saturday was particularly intense, with 84 mm of rain recorded in West Vancouver over just two days, said Environment Canada meteorologist Matt MacDonald. “It was a pretty impressive storm,” he said.

One weather station on the North Vancouver waterfront recorded 430 millimetres of rain last month while Grouse recorded 725 mm of rain – on top of 42 centimetres of snow.

Tuesday’s sloppy snowfall was expected to be short lived. “Then we’re back to our regular programming of rain,” he said.