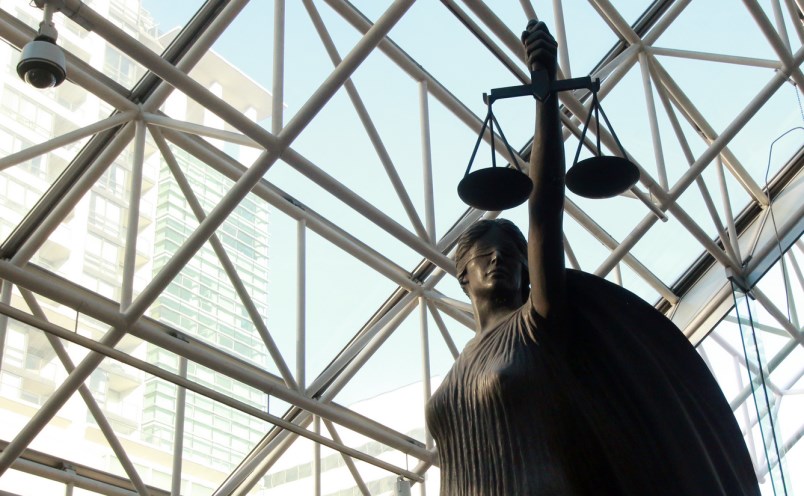 David Leslie Capewell was convicted in March 2018 of one count each of sexual assault and administering a drug to enable or assist him committing sexual assault. File photo

B.C’s top court has upheld the conviction of a man who drugged a woman before having sex with her, saying she could not consent to the activity.

David Leslie Capewell was convicted in March 2018 of one count each of sexual assault and administering a drug to enable or assist him committing sexual assault.

He appealed, arguing the trial judge erred in finding the complaint lacked the capacity to consent and that evidence relating to a previous such drugging could not be admitted as evidence.

On Friday, the appeal court dismissed those arguments.

“The test for incapacity is not, as the appellant argues, ‘near unconsciousness,’” the decision summary said.

Capewell and the complainant, called K.H. in the decision, had been in a romantic relationship in the 1980s and reconnected after Capewell called her in 2012. They agreed to meet up, at which point Capewell’s communications became flirtatious, texting the complainant calling her  “sweetie” and “beautiful.”

In one text, he suggested she could give him a massage.

“I am thinking after 23 years it would be a good idea to get to know each other before a massage and such,” she responded.

They agreed to meet at Vancouver’s Bayshore Hotel, although she got the impression from his communications he thought she would stay the night.

“It’s certainly an option if you’d like,” he texted.

“I think we can have dinner and I’ll let you know my thoughts on the ‘booty call,’” she responded.

They met again the next day and day after, the third time at the hotel.

She testified he gave her some tea with an odd taste after which they went to the hotel hot tub. She said she soon began to feel drugged.

Video footage showed the woman leaning up against the wall of the hot tub and putting her hands on the tile floors, both of which she testified she would not normally do.

The video also showed them embracing in the hot tub with Capewell massaging her neck and shoulders, later cradling her and carrying her into the deep end of the pool.

“K.H. had no recollection of any of this and thought she was unconscious,” the ruling said.

She had only hazy recollections of things that happened after.

“She could see her bare legs and her underpants coming down her legs,” the trial decision said. “She heard the accused say, ‘We don’t need these’ but she has no memory of ever discussing with him taking off her underpants.

“She had no memory in her own mind of wanting to participate with the accused in physical intimacy.”

The next day, she told Capewell via text of feeling drugged, his response being she might have had some Ativan from a previously used cup.

“There was ample evidence upon which the judge concluded that K.H.’s cognitive impairment from ingesting Ativan – while short of unconsciousness – was nevertheless at such an elevated level that K.H. did not have an operating mind capable of appreciating that she could decline to participate in the sexual activity at the time that it occurred,” Abrioux wrote.

Capewell objected to evidence from his ex-wife being used at trial.

She said she had taken an Ativan prescribed by a doctor when she was visiting Capewell in 2000 after their separation.

When she saw Capewell the next morning, he said, “Thanks for the blow job.”

She later found two rolls of film and took them to police.

In 2002, Capewell was convicted of sexually assaulting his ex-wife.