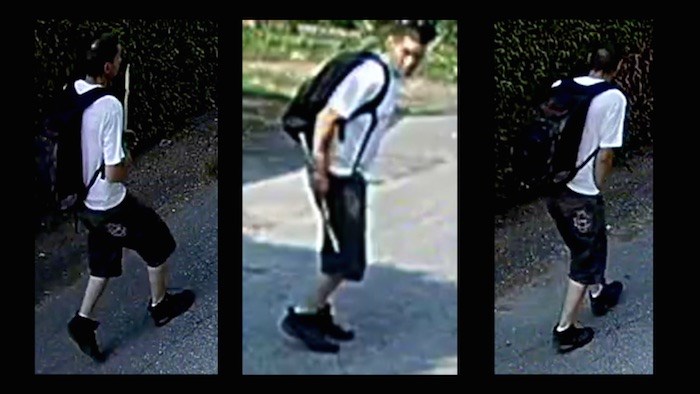 Police are looking for this suspect in a case of arson in an East Van neighbourhood. Photos courtesy Vancouver Police Department

The VPD has arrested 46-year-old Jason Acoose of Vancouver for allegedly setting a fire in an East Van alleyway which destroyed two garages.

Earlier this week they released a video showing a suspect appearing to light a fire in an alleyway.

In that video the suspect can be seen walking down the east lane of Nanaimo Street at Copely Street. He walks past a hedge, then stops, turns back and puts his hand in a tall hedge. He walks away and moments later the hedge erupts in flames.

Tips from the public are being credited for helping them arrest.

Acoose was arrested yesterday near Commercial Drive and 12th Ave.

2 charges of Arson to Property have been laid against him.