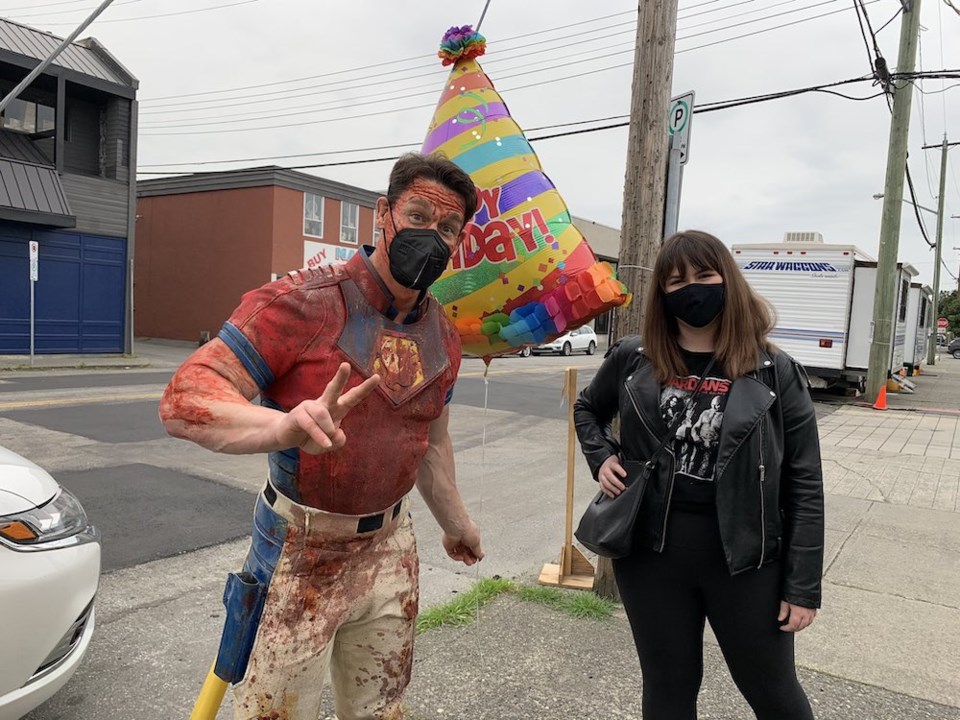 Director James Gunn also wished Cena a happy birthday on Twitter and said that the actor loves empanadas. In response, Cena stated that he wishes his Peacemaker costume had an "empanada poop chute."

They say timing is everything, and seeing as I may have “borrowed” a FEW #Peacemaker costumes we can now get wardrobe to make new ones in a bigger size, oh and please recommend they install an empanada poop chute #Poopmaker 💩 https://t.co/9D1aEOSUkG

Sonic the Hedgehog 2 is currently filming in Metro Vancouver and Canada-born actor Jim Carrey was spotted on set last week.