Gas prices continue to fall in Vancouver and across Canada after gas price analysts advised Vancouverites to hold off on filling up their tanks earlier this week.

As of 1 p.m. on Saturday, March 15, however, gas pricecs in Vancouver had fallen as low as 115.9 cents per litre. The stations include: the Super Save at 1317 E 12th Ave and Clark Drive; the Husky at 2120 Grandview Hwy N and Lakewood Drive; and the Petro-Canada at 1289 E Broadway and Clark Dr. 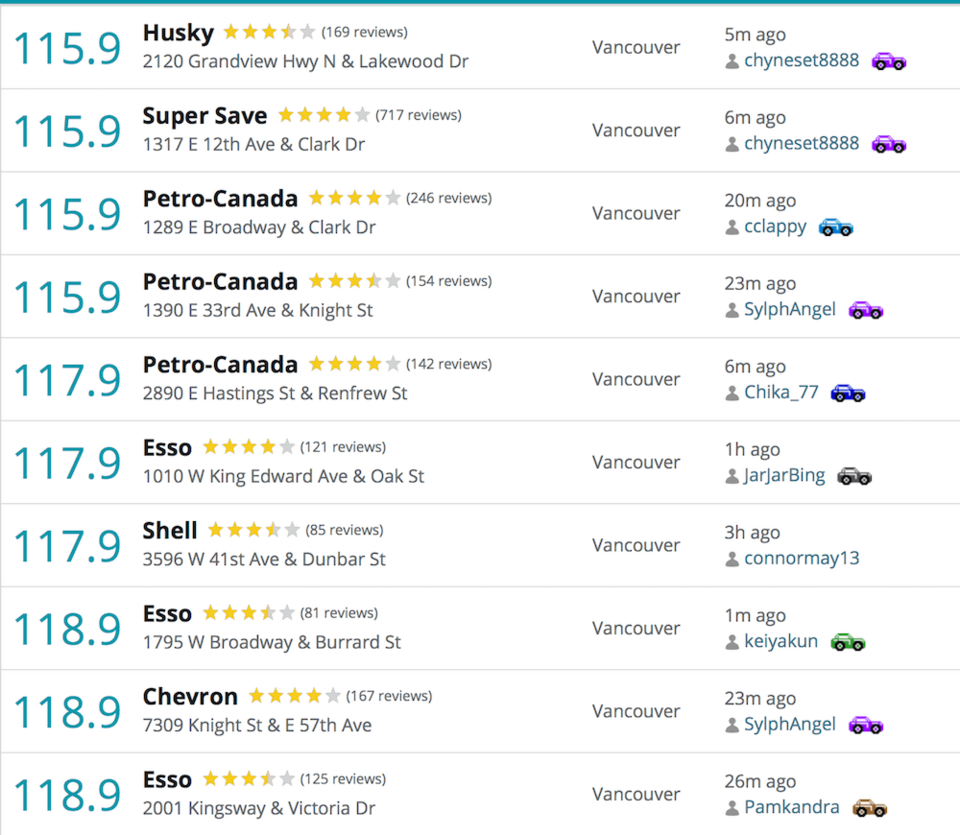 Gas prices are also falling across the rest of Canada, with many stations selling well below $1 a litre as of March 11.