Firefighters close street in Downtown Vancouver due to apartment fire 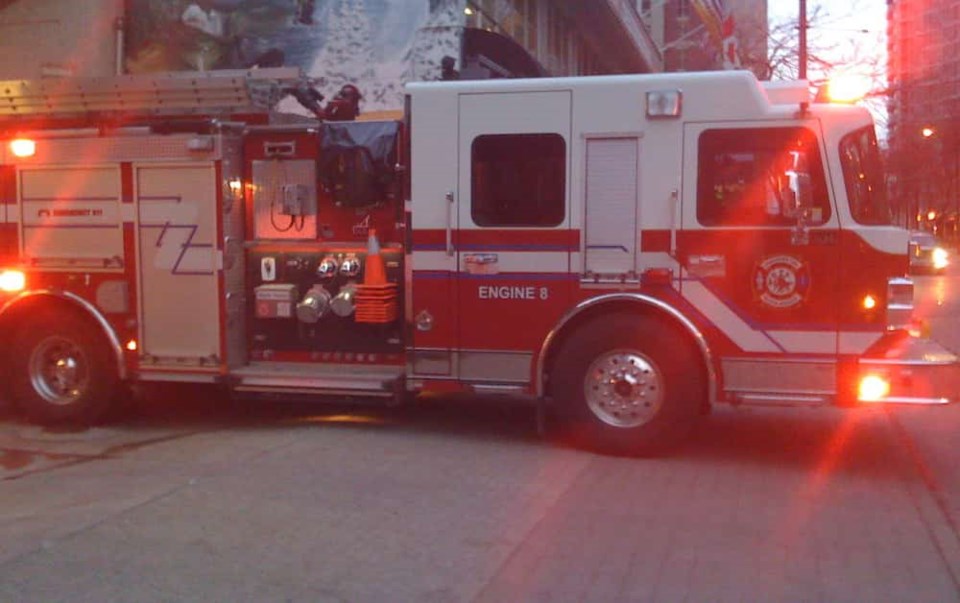 Firefighters are currently investigating a fire in Downtown Vancouver and have closed a portion of West Pender Street.

Vancouver Fire and Rescue Assistant Chief Trevor Connelly tells Vancouver Is Awesome in a phone call that crew receieved a call at aproximately 7 p.m. about a fire in an apartment building at 122 West Pender Street. When crews arrived, there was smoke and fire on the eighth floor.

"They made entry into a unit with heavy smoke on the eighth floor," says Connelly. "Unfortunately, one female was found deceased inside."

Connelly adds that crew are still investigating the cause of the fire and that West Pender is still closed in both directions at Beatty Street. Drivers are advised to avoid the area.