Vancouver Fire report $360,000 worth of damages from fireworks on Halloween 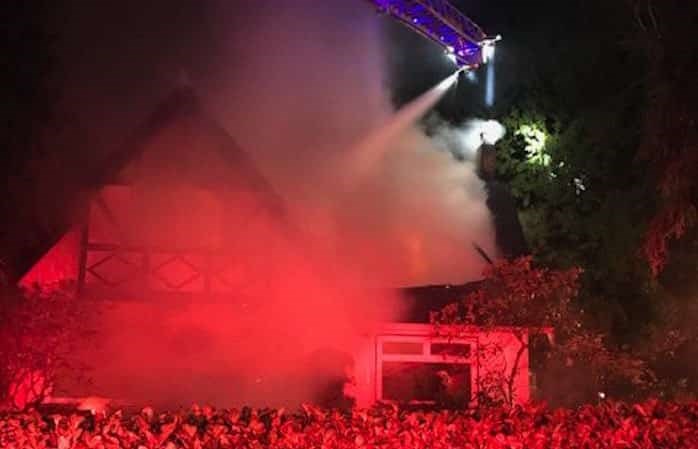 Vancouver Fire and Rescue have confirmed that 20 fires in the city on Halloween were caused by fireworks, which resulted in a total of $360,000 worth of damages.

Vancouver Is Awesome spoke to Ray Bryant, Assistant Chief, Fire Prevention, about what caused the blaze, as well as how much damage was caused by fireworks on Halloween night.

"We had a busy night," remarks Bryant. "There were a total of 36 fires in the evening and into the wee hours of the morning, and 20 of those were caused by fireworks."

Bryant notes that 14 of the fires were outdoor, and are likely caused by abandoned material. These fires happen when roman candles and other explosive pyrotechnic devices are left near shrubs, trees, garbage cans and piles of leaves.

With this in mind, he reports that the most damaging instance caused by fireworks was on a single-family residence near 41st and Dunbar. He explains that the family was lighting off fireworks in their front yard and accidentally discharged one onto their roof.

As for the total cost of the damages?

Bryant says that a total of four structures caught fire as a result of fireworks, as well as two vehicles.

As far as the total losses for the evening are concerned, however, Bryant remarks that they are substantially higher.

While the exact cause of the high-rise fire hasn't been disclosed, Bryant says that they believe it to be electrical.

Bryant also notes that Fire and Rescue are aware of two youth that were injured as a result of fireworks. One burnt their hands, while the other had a serious facial injury.

Last week, Vancouver City Council presented a motion that would make it illegal to buy or ignite fireworks anywhere in the city by 2021. Bob Kronbauer, our Editor-In-Chief, wrote an opinion about the proposal, which highlighted why some people support the ban and why others are against it, as well as his own thoughts.

The Vancouver Is Awesome Facebook post generated a rather heated debate, and people did not hold back on how they felt. The majority of people feel that the proposal should get the green light, but there were a variety of responses.

Have a look at some of the debate here.