She flew to Venezuela in March to take care of her ailing mom. Trapped by COVID-19 and diplomatic red tape, she’s been stuck there ever since.

Susana Caballero is now desperate to get home to her family in North Vancouver, and to bring her mother along so that she can recover with the help of loved ones
Oct 17, 2020 5:50 PM By: Brent Richter 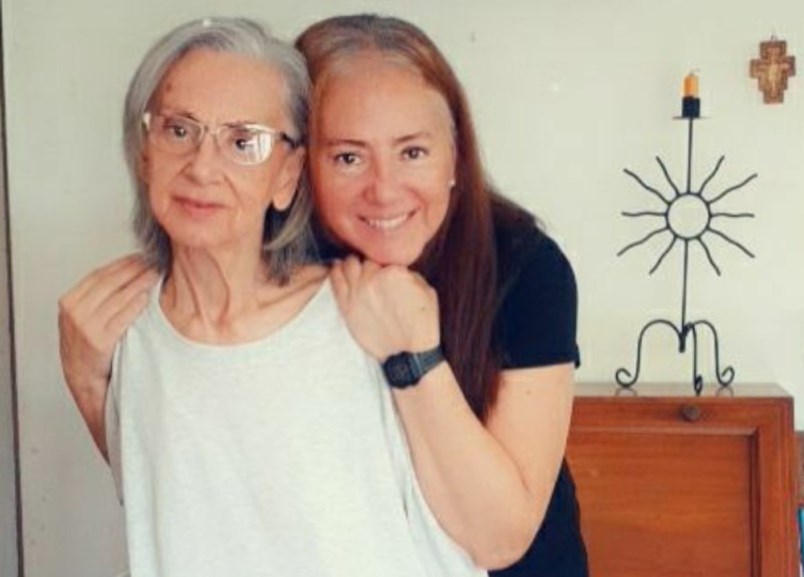 Susana Caballero is desperate to get back to North Vancouver, and to bring with her her convalescing mom Chela, after becoming trapped by COVID-19 and diplomatic red tape in Venezuela. photo Susana Caballero

A North Vancouver woman who left Canada to take care of her ailing mother in Venezuela has found herself trapped by COVID-19 and diplomatic red tape.

Susana Caballero flew to Caracas on March 9 to help her 87-year-old mom Chela recover from a broken hip and lung infection. Four days later, the country imposed a quarantine and closed its airports.

Now, eight months on, Caballero is now desperate to get home to her Lynn Valley family and to bring with her Chela so that she may recover with the help of loved ones.

“[It is an] emergency for me because my job and my family are depending on me returning to Canada and I cannot leave my mother behind right now,” Caballero said.

Chela is highly independent but right now, she must use a walker for mobility and the elevator to her fourth-floor apartment hasn’t worked in years. She still needs help getting up to do the basics.

Political instability, hyperinflation of the Venezuelan currency and COVID-19 lockdowns that last a week at a time have made the difficult situation “chaotic,” Caballero said. Because of inflation, Chela’s pension amounts to about US$1 per month – enough to buy two jars of baby food.

“If you don't have U.S. dollars, then your money just goes to the drain,” Caballero said. “Life in Caracas has been tough.”

There is a humanitarian flight leaving Caracas for Mexico on Oct. 21 and Caballero has been scrambling to find a way to get her mother and herself on it. Through much bureaucratic wrangling, she has secured all necessary travel documents – except a visitor visa for Chela, who is a citizen of Venezula. When Caballero enquired with the Canadian embassy in Mexico in early October, consular staff told her it would be a 170-day wait for a visa. Two weeks later, she was told it would be 187 days.

“That just gave me a really scary thought,” she said, adding that she needs expert advice.

Friends and family have been flagging the crisis to North Vancouver’s two Liberal MPs.

To help cover medical and living expenses, Caballero launched a GoFundMe page, which has kept them afloat. But donations are drying up and her hope is to raise enough to pay for the costly flight home.

“The kind of help that I've received, there is no way to pay back. There's no words to describe the gratefulness both my mom and I feel,” she said.

Caballero, who has been a Canadian citizen for 20 years, works as an after-school teacher at the Vancouver Waldorf School in Lynn Valley. Her employer has been understanding of her situation and has filled her position on a temporary basis, but Caballero said the offer of a return to work won’t be on the table if she must wait another six months to come home.

And being separated from her husband and her three teenage children has been devastating for everyone, she added.

Constituency staff for North Vancouver Liberal MP Jonathan Wilkinson say they only became aware of Caballero's situation on Friday when a friend of hers shared a North Shore News story with them on Twitter. They are now working with Global Affairs Canada.

“MP Jonathan Wilkinson is very concerned for the safety and well-being of Susanna and her family in light of this difficult and long separation,” an Oct. 16 note from Wilkinson's staff read. “Had we known about Susana’s plight, we would have been working on it sooner. Our office has assisted many North Shore residents to return to Canada since things shut down in March, and Global Affairs is actively working to help many Canadians still stuck in various places around the world.... We are actively doing our best to now help get them to Canada and hope for a positive outcome soon."