'Tis the season to - cover your head and run!

Flying ant season - otherwise known as the great 'ant-pocolypse,' or, more commonly, 'flying ant day' - is the time of year when swarms of flying ants procreate. Of course, this doesn't take place all on one day, but it often feels as if the chaos manifests out of thin air; one day there isn't an ant in sight, and the next they are virtually everywhere. 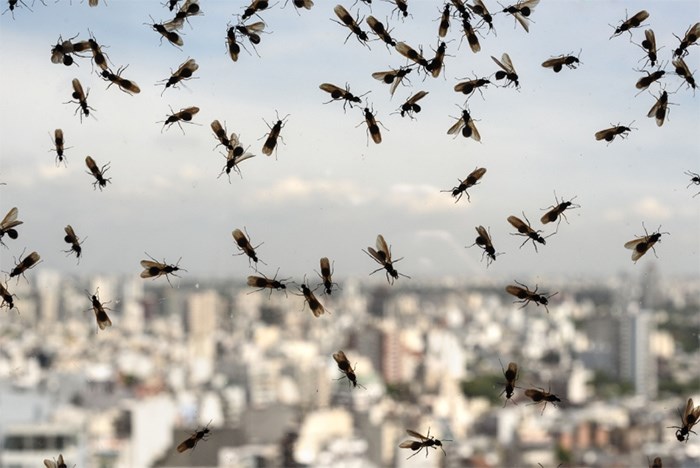 The internet was abuzz yesterday with reports of flying ants enjoying a “nuptial flight” across the city. Photo iStock

What's more, Westside Pest Control Ltd. notes that 'winged ants' aren't even a separate species of ant. They note that, "Every type of ant has reproductive swarmers (or winged ants) in it’s colony and every ant colony “swarms” once a year. Winged ants can be carpenter ants, pavement ants, moisture ants, cornfield ants etc."

And while there hasn't been an official announcement, a few Vancouverites have announced the beginning of an invasion on social media.

its flying ant day in vancouver today. the only holiday i'm celebrating.

According to Vancouver Pest Control Ltd., the swarms continue through the summer into August, which means that 'flying ant season' lasts far longer than some people imagine. With this in mind, they usually don't cause any harm to people - they're just busy 'getting busy.' However, they can create problems once inside the home.

One Reddit user recounts his rather epic struggle fighting an infestation during 'flying ant season' in a post, which includes everything from a breakup to financial loss to seemingly endless insect-fighting strife.

So, if you find wings in your home, contact a pest control company that will determine if you have a colony (or colonies) in your space.