This former-Burnaby Airbnb hotel is now a living 'nightmare'

The same property was recently reported by a neighbour for having 10 short-term rental units
Jun 3, 2020 2:50 PM By: Chris Campbell 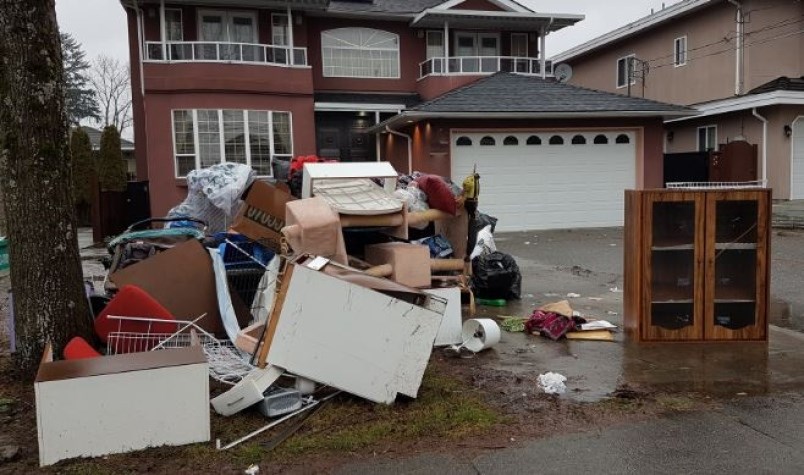 A Burnaby landlord – called a “nightmare” by her tenant – lost an arbitration case earlier this year in which the penalty for ignoring documented complaints was $1,500.

The penalty was to be deducted from the next month’s rent, so the tenant, whose nickname is, and we will refer to as, Graceland* only paid the difference.

When the landlord didn’t receive the full amount, she claimed Graceland had missed the payment and that justified evicting her.

“It was unbelievable,” said Graceland, who had to go to another arbitration hearing to clear up that mess. Either the landlord didn’t understand what was going on, or chose to ignore the ruling.

The eviction attempt was quashed and Graceland received another award from the landlord.

However, the troubles did not end there.

Now the landlord has emailed Graceland saying that she will have to move out because her daughter will be living in the basement suite in a quiet Burnaby neighbourhood.

“She told me, ‘If you want to move out early, please do,’” Graceland said.

That means another arbitration hearing set for next week.

It’s all part of a “nightmare” for Graceland, a single mother of two. She’s lived in the suite since late last year and it’s been nothing but problems. (Note: this is the same house a neighbour recently reported for having 10 Airbnb units. You can read about that story here.)

When Graceland moved in, she was told there were two “quiet” tenants living upstairs. There are actually six people living upstairs as it appears the two brothers who are the official tenants rent out some of the rooms on a monthly or even daily Airbnb basis.

They are anything but quiet. There are loud, violent fights that have forced Graceland to call the police on more than one occasion. There is excessive noise day and night.

There is the constant smell of marijuana that seeps downstairs into Graceland’s suite.

When the pot smoking started, and the fist fights, she was sure that her landlord would want these brothers out. After all, who wants someone damaging their home?

Instead, the landlord – who lives on Vancouver Island - chose to ignore the complaints, which led to the first arbitration victory.

The issue, it seems, is that the brothers pay more in rent in order to live upstairs.

“She made a choice,” Graceland said. “The more I complain, the less they seem to do. It’s like they want to be in control and not be told what to do. Mostly we get complete silence.”

The problem with what the landlord is doing is she hasn’t served proper notice that a family member is moving in; in that scenario the onus is on the landlord to do several things for a tenant to have to leave. All Graceland received was an email - that just happened to come a few days after the landlord lost the second arbitration case.

Graceland has put together letters of support, police reports, videos and more to prepare her case.

“They’re fighting me, but I’m a fighter too,” she said. “I’m a single mom and I’ll do whatever it takes to survive.”

*Burnaby NOW is protecting her identity, however her story has been verified