Last year, January's full moon coincided with a total lunar eclipse as well as a 'supermoon,' and the event was called a 'super blood wolf moon.'
Jan 2, 2020 10:51 AM By: Elana Shepert 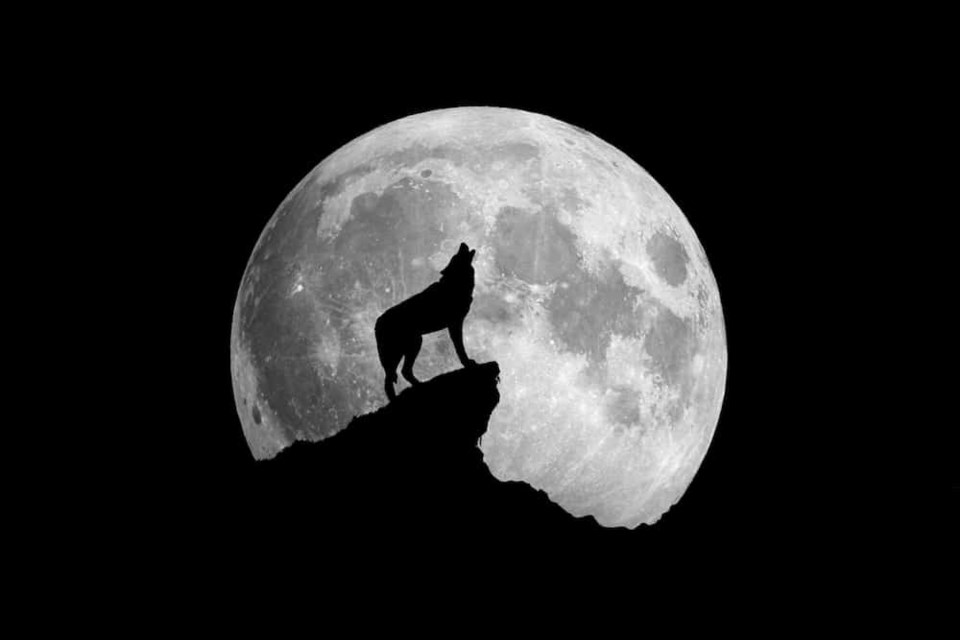 Are you ready to howl?

Metro Vancouver stargazers will be treated to a massive full Wolf Moon on Friday, Jan. 10.

January's full moon is commonly referred to as the "Wolf Moon" regardless of the year. In fact, it has been called this name for decades.

"In Native American and early Colonial times, the Full Moon for January was called the Full Wolf Moon. It appeared when wolves howled in hunger outside the villages," explains The Old Farmer's Almanac.

The Old Farmer's Almanac goes on to say, however, that there is no evidence to support that wolves howl due to hunger. With this in mind, it notes that they tend to howl more during the winter months. Instead of howling for hunger, the canines howl in order to define territory, locate pack members, and gather for hunting.

Last year, the full wolf moon coincided with a total lunar eclipse, and the dazzling astral event was known as the "super blood wolf moon." The full moon traveled under the northern half of earth's shadow to produce the total lunar eclipse, and the moon was also at its closest distance to Earth which made it a 'supermoon.'  As such, the three celestial events coincided to produce the rare astral display.

According to the lunar calendar, the moon will be at its fullest in Vancouver at 11:23 a.m on Friday, Jan. 10. However, the moon will also be nearly full the previous Thursday night as well as the following Friday night.

Stargazers should opt to travel as far away from city lights as possible in order to avoid light pollution that will obscure the clarity of heavenly bodies. While this works best the in more remote places, anywhere that has a higher elevation will also provide more ideal viewing conditions.