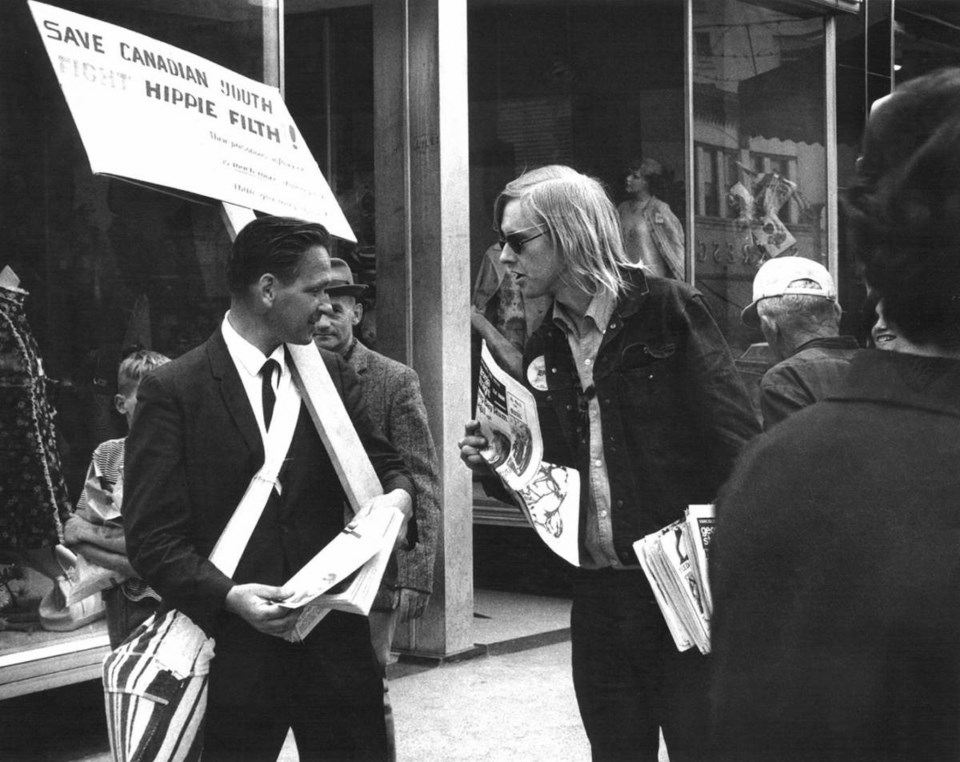 Dan McLeod in the early says of the Straight. Photo Straight.com

It's about - you guessed it - the sale of the beleagured publication to a publicly traded company.

McLeod has headed up the alternative weekly since the beginning, almost 53 years ago. In his letter reassuring readers that the paper's stick-it-to-the-man resolve will live on with new corporate ownership he shared a few stories from its long, anarchistic history.

Dan McLeod: The Georgia Straight's independent spirit will continue under new owner https://t.co/c5Ucat6qYL via @georgiastraight (I believe Dan is the longest lasting publisher in Canadian history. He outlasted Joseph Atkinson & Pierre Peladeau. It's been a joy to work with Dan.)

In recent years the Straight's diminishing page count had been one outward indicator that its heyday was behind it, and that change might be on the horizon.

Gone were the days when it would have 10 full-page ads for condo development pre-sales, and the advertisements for prostitutes in the back of the paper shrunk to a mere page.

McLeod says he's happy with the new ownership that takes control on February 28th of 2020, "because these are tough times for newspapers, especially for the Straight."

With the deal, all of the current staff will apparently keep their jobs, which is great news for the hardworking and dedicated folks over there.

The company buying them is MediaCentral ("Media Central Corporation Inc." CSE: FLYY). They own a Cannabis website called CannCentral and they also recently bought the alternative weekly NOW Magazine in Toronto.

According to McLeod, "MediaCentral is preparing to fund the purchase of dozens of alternative papers in Canada and the U.S., each one serving its own unique community, and uniting them under one alternative umbrella."

The deal is worth $1.25 million in cash and shares. MediaCentral stock is trading at $.06 at the time of this writing.

We've got more on this story HERE.

Vancouver’s empty homes tax to double next year to three per cent
Nov 25, 2020 2:11 PM
Comments
We welcome your feedback and encourage you to share your thoughts. We ask that you be respectful of others and their points of view, refrain from personal attacks and stay on topic. To learn about our commenting policies and how we moderate, please read our Community Guidelines.