“While everyone is catching up on diversity and inclusion these days, Judy has been advocating it for years, putting herself out to a lot of racist or just ignorant pushback. Can not recover all the energy put into that. But we can try to make sure Judy is heard now.”
Jun 6, 2020 8:55 PM By: Megan Lalonde 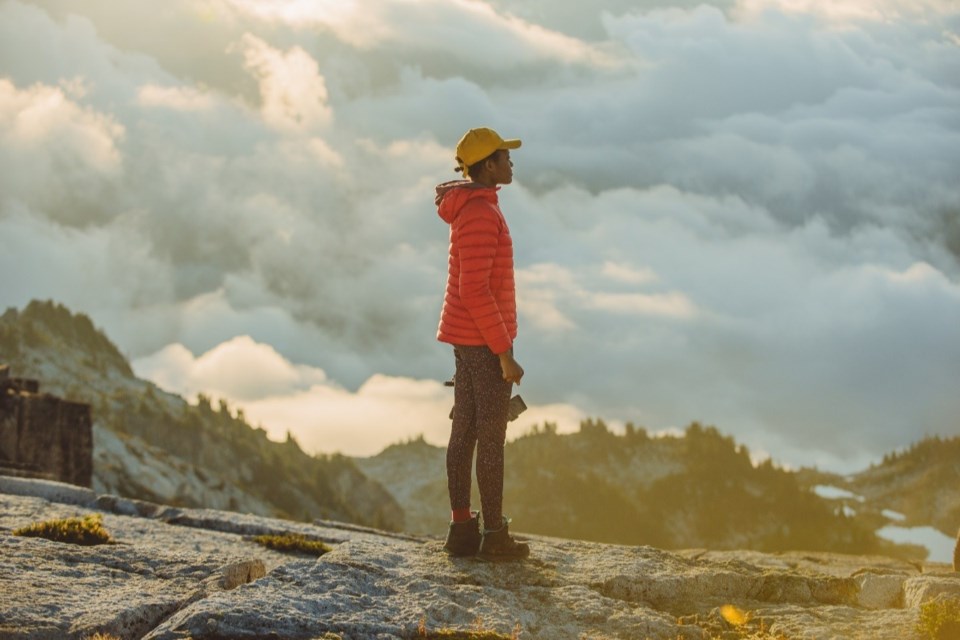 As outrage over the systematic racism that led to the deaths of George Floyd, Breonna Taylor and many others continues to be felt, that anger is continuing to spark conversations about how society can better support people of colour across the globe.

In B.C., this outrage has forced many members of the province’s predominately white community of outdoor enthusiasts to think about why this industry is lacking diversity, and what can be done to make the province’s trails, ski resorts,  backcountry and climbing areas more inclusive, accessible spaces.

It’s something that Vancouver-based activist Judith Kasiama - also known as Juju Milay - has been working on since founding Colour the Trails, “a group for POC & allies interested in outdoor activities, including hiking, skiing/snowboarding, kayaking, camping,” according to its Instragram bio.

A GoFundMe campaign launched just three days ago to help support Kasiama - a MEC ambassador who hosts a series of weekly conversations on the @shesaidwhatshesaid_official Instagram account in addition to running the Colour the Trails organization - has already raised over $4,940, and counting.

As the GoFundMe campaign's organizer, Pavel Boiko writes, “Judy is an activist who has been inspiring, engaging, uplifting people of colour for years, often putting her own personal resources into these good causes. Your donation could fund a backpacking trip, sports equipment, investing in ‘She Said What She Said’ podcast. Judy never asked for support, but [the] community asked how to support her. This is the way.”

Hello everyone! Photo by 📸 @_kieranevans_ My name is Judith (@jujumil) I'm a content creator, model and community activist who resides on the traditional, ancestral, and unceded Indigenous territories of the ʷməθkʷəy̓əm (Musqueam), skwxwú7mesh (Squamish), and sel̓íl̓witulh (Tsleil- Waututh) First Nations. . . Through adventures and travel, I highlight my experience as a Black woman that skis, hikes, camps, climbs, and explores. A former refugee from the Democratic Republic of Congo, I was raised in South Africa, Australia, United States and Canada. My unique upbringing allows me to draw from diverse experiences and cultures. . . My active participation in the outdoors brings to light the importance of representation. Through conversation and grace my work draws attentions to underrepresented minorities by changing the narrative that people of colour are not active participants in the outdoors. . . I am also a fellow at the Royal Canadian Geographical Society (@rcgs_sgrc). I am the founder of Colour the Trails, a community group that focuses on getting Black, Indigenous and People of Colour out in nature. I believes nature is for everyone!

In an update, Boiko added, “While everyone is catching up on diversity and inclusion these days, Judy has been advocating it for years, putting herself out to a lot of racist or just ignorant pushback. Can not recover all the energy put into that. But we can try to make sure Judy is heard now.”

Kasiama is a refugee originally from the Democratic Republic of Congo. In a video shared on the GoFundMe page, she describes herself as an activist, a skier, a hiker, and a trail runner.

“Being more active in the outdoors, I’m finding that there’s a lack of representation in the outdoors in terms of who is seen in outdoor campaigns, who is seen skiing, or who’s seen doing trail runs - it’s not people who look like me,” Kasiama can be heard saying in the video.

“What I hope to accomplish through my journey is just to have one person or one black little girl who sees me doing these sports, and have them be inspired - really breaking the stigma of who is in the outdoors and what does the face of the outdoors look like.

“We’re all part of this earth and we should be able to enjoy it.”