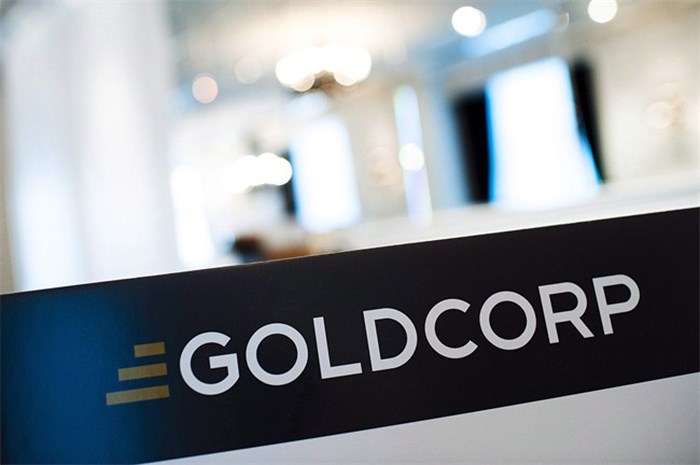 A Goldcorp sign is pictured at the Goldcorp annual general meeting in Toronto on Thursday May 2, 2013. The mining industry has developed a reputation for being slow to change but a new wave of start-ups is helping push it into the digital age. Four of those companies have been declared finalists in Goldcorp Inc.’s mining innovation competition, banking on the potential to replace cyanide, to use sound waves to see deep inside the earth, map mines in virtual reality and digitize trading. THE CANADIAN PRESS/Aaron Vincent Elkaim

The mining industry has developed a reputation for being slow to change but a new wave of start-ups is helping push it into the digital age.

Four of those companies have been declared finalists in Goldcorp Inc.'s mining innovation competition, banking on the potential to replace cyanide, to use sound waves to see deep inside the earth, map mines in virtual reality and digitize trading.

The companies — EnviroLeach Technologies Inc., Acoustic Zoom Inc., LlamaZoo Interactive Inc. and Open Mineral AG — were chosen out of for more than 100 companies looking to bring new ideas to the industry.

The competition for new ideas comes as one of the world's oldest industries continues to grapple with high costs and the need to improve performance.

"At the end of the day I just don't think that mining as an industry has been as fast on the uptake of opportunities in the modern economy," said Goldcorp chief operating officer Todd White.

That constraint comes in part from the high cost of equipment and the long timelines for getting them, he said.

"There's a lot of risk to design and build a mine with new technology versus tried and true proven technology. So mining companies tend to be more conservative.

"Unfortunately, I think we're leaving a lot on the table with that."

The company started to sponsor the DisruptMining competition to help improve that record, said White. The competition will see the four finalists compete for a potential $1 million in funding from the miner at the Prospectors and Developers Association of Canada in March while another eight semifinalists will showcase at the conference.

EnviroLeach will be looking to claim the top spot with its lower-impact alternative to cyanide in separating gold from rocks.

"There's a lot of projects that simply can't get into production simply because they can't get a permit for the use of cyanide," said Duane Nelson, company CEO.

The challenge has been that alternatives have generally have been as bad or worse, relying on high-temperature acids or in the case of illegal gold miners, using mercury.

"There's very, very few things, either man-made or in nature that will dissolve gold," said Nelson.

EnviroLeach claims, however, that it has created a solution using five ingredients that are actually approved for human consumption, and then mixing them with water and applying an electrochemical process.

The mixture costs about five times more than cyanide, but can be used many times over, reducing the environmental footprint with no water effluents, off-gassing or issues with cyanide-treated tailings, said Nelson.

The company has developed a digital platform where mining companies can find buyers for their mineral production that still requires more smelting — replacing the outdated habit of using traders to match buyers and sellers, said Boris Eykher, CEO of Open Minerals.

"We see a tremendous potential to decrease the amount of paperwork, simplify, streamline, add transparency, and most importantly, add profitability."

Well aware of the reluctance for mining companies to change, Eykher said Open Minerals is looking to significantly undercut traders, who can take anywhere from two to 25 per cent from the sales.

"We are trying to provide overwhelming value, trying to help people digitize the documents, make things more efficient on the back office."

The process of digitizing the specialized documentation and processes has been more complex than expected, but Eykher said that with around $60 billion in concentrated metals freely traded annually there is significant potential.

The digitization trend continues with the other finalists. Acoustic Zoom is promising to reduce surveying costs by 90 per cent with high-frequency seismic imaging that can map deep into the earth, while LlamaZoo Interactive Inc., is looking to create virtual reality mine plans for easier planning and execution.

The entrants follow the growing push for digitization across the industry because it's much easier to test out than some of the major pieces of equipment involved in mining, said White.

"It's faster to understand if it can work, it's not nearly as much capital that you're putting in place, and it's addressing a lot of the key aspects for us, which is data processing," he said.