A person was advertising Bishon Frise Dumpling while her back leg was broken 'in half' with bones visible, says spokesperson Eileen Drever
Nov 19, 2020 8:43 AM By: Sarah Grochowski 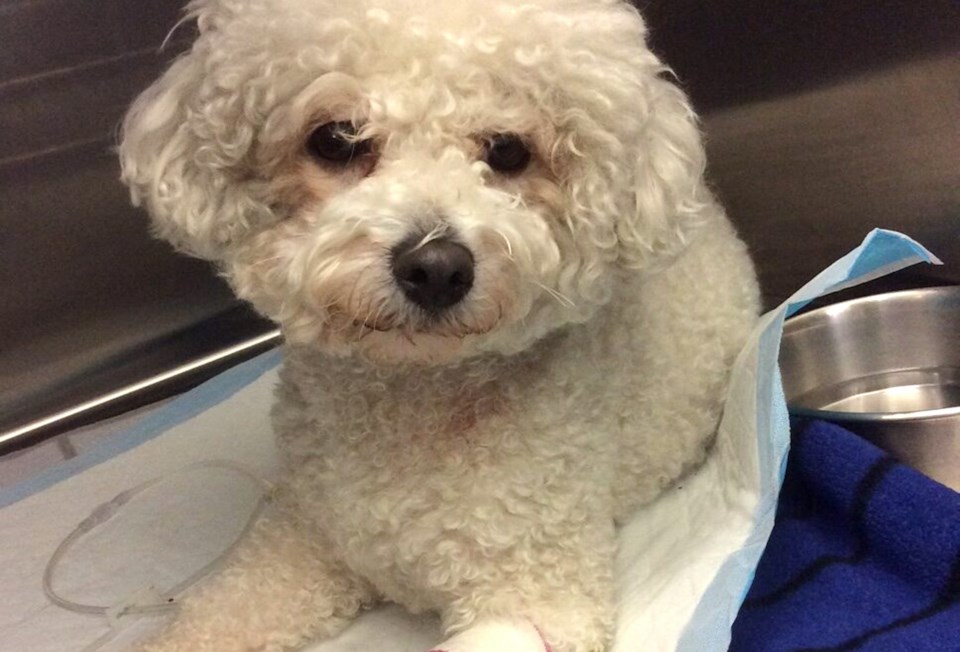 Dumpling was rescued from a seller who had been trying to make money from rehoming her while she had a broken leg. Photo: Vancouver SPCA

It’s a situation that could have ended much worse if a Good Samaritan hadn’t been so quick to intervene, says the BC SPCA.

But thanks to a Good Samaritan who noticed a tiny Bichon Frise in an online classified had a broken leg, the canine is now on the road to recovery,

"Scrolling through social media you see a beautiful dog advertised to be rehomed. Surprised, you look closer and read that she has a broken leg," said BC SPCA spokesperson Eileen Drever.

"Horrified, you can see the broken leg, snapped, right in half."

Bone 'snapped in half' visible in ad

The canine, named "Dumpling," was rescued by the Good Samaritan who arranged a meet-up to take in the injured dog.

“They stopped everything they were doing, sacrificing whatever it took to get this poor dog the help she desperately needed,” Drever explained.

Dumpling was rushed to BC SPCA staff in Vancouver, who coordinated emergency surgery to repair the bone that had been broken. 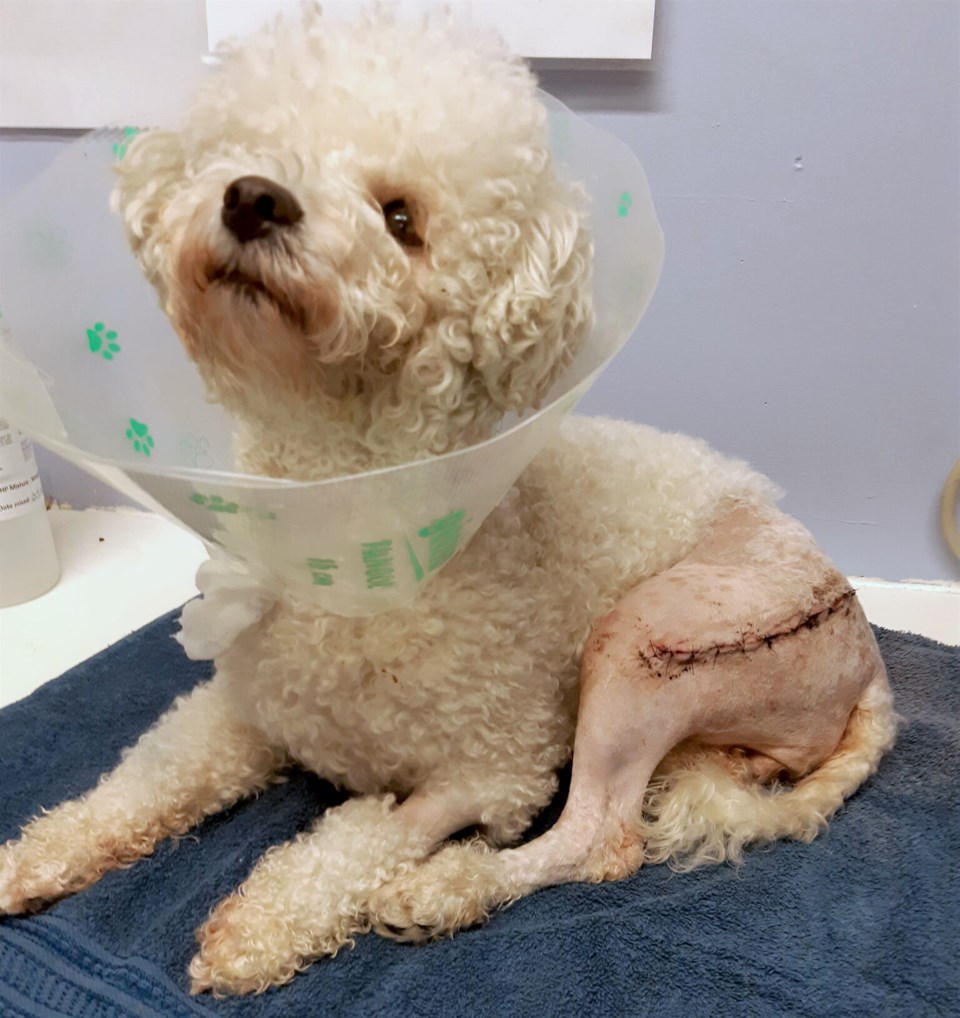 Dumpling after having surgery to repair her leg. Photo: Vancouver SPCA

Hoping for a 'home for the holidays'

The canine is now on strict kennel rest, being cared for by foster parents.

Drever estimated it will be six weeks before any adoption applications can be considered.

“Until we can find her a loving home for the holidays,” the representative added.

Though details of the rescue were documents in a cruelty report, the BC SPCA investigation “hit a dead-end” when it was discovered that the person of interest had reportedly left the country.

To support the rescue and rehabilitation of dogs like Dumpling, donate HERE.