A Greyhound logo at the newly opened Greyhound Terminal at the James Richardson International Airport in Winnipeg on September 3, 2009.
Jul 9, 2018 12:37 PM By: The Canadian Press 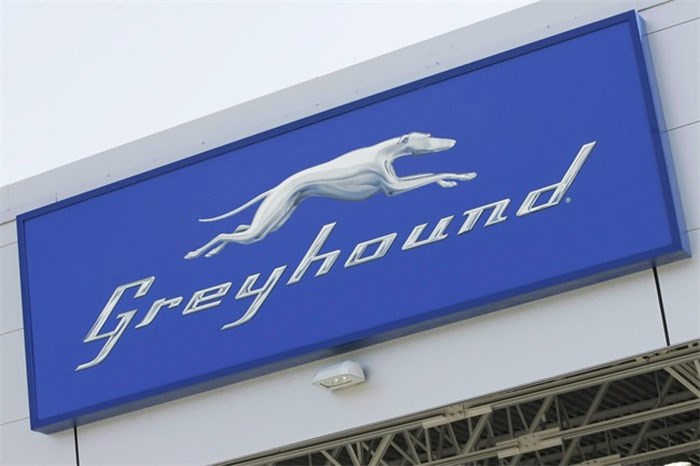 A Greyhound logo at the newly opened Greyhound Terminal at the James Richardson International Airport in Winnipeg on September 3, 2009. The company announced Monday it’s discontinuing its passenger and freight service in Alberta, Saskatchewan and Manitoba. THE CANADIAN PRESS/John Woods

Greyhound Canada says it is ending its passenger bus and freight services in Alberta, Saskatchewan and Manitoba, and cancelling all but one route in B.C. — a U.S.-run service between Vancouver and Seattle.

As a result, when the changes take effect at the end of October, Ontario and Quebec will be the only regions where the familiar running-dog logo continues to grace Canadian highways.

"This decision is regretful and we sympathize with the fact that many small towns are going to lose service," Greyhound Canada senior vice-president Stuart Kendrick said in an interview with The Canadian Press.

"But simply put, the issue that we have seen is the routes in rural parts of Canada — specifically Western Canada — are just not sustainable anymore."

Kendrick said 415 people will be out of work as a result of the decision, which he estimates will impact roughly two million consumers.

The company is blaming a 41 per cent decline in ridership since 2010, persistent competition from subsidized national and inter-regional passenger transportation services, the growth of new low-cost airlines, regulatory constraints and the continued growth of car ownership.

Declining ridership is the primary culprit, said Kendrick, who called the combination of declining ridership and increasing costs an "ongoing spiral" that's making it impossible for the company to continue operations.

He said the company has raised its concerns with provincial and federal officials over the years and wanted to ensure both levels of government were "fully aware" of the situation. Greyhound Canada has long advocated for a community funding model to allow any private carrier to bid on essential rural services, he added.

"There was a commitment to look at our issue, they're well aware of it. It shouldn't come as a surprise that we've had problems but there was no funding commitment at that time," he said.

"The company has experienced significant losses despite continued efforts to return to viability. In the affected regions, the company has run an operating deficit since 2004. We have had substantial losses over several years as a direct result of declining ridership."

All Greyhound routes in Ontario and Quebec will continue to operate except for one: the Trans-Canada, which links a number of smaller communities between Winnipeg and Sudbury, Ont.

Kendrick said the decision will leave most of the affected communities with no other transportation options.

The issue of transportation along that route, which includes the notorious stretch of B.C.'s Highway 16 known as the Highway of Tears, was a major point of contention last fall during hearings at the national inquiry for missing and murdered Indigenous women and girls, where a number of women have gone missing.

The latest cancellations are scheduled to take effect Oct. 31.