Grizzly hunters from EU granted permits to export from B.C. despite ban: report

Coastal grizzly bears. Shutterstock Hunters from the European Union were granted export permits for grizzly bear trophies from British Columbia, even though the EU has banned the import of the items, a new report concludes.
0
Jul 9, 2018 4:36 PM By: The Canadian Press 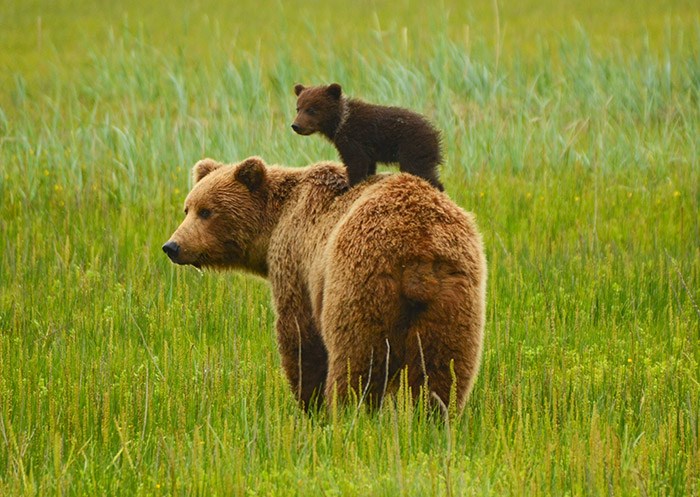 Hunters from the European Union were granted export permits for grizzly bear trophies from British Columbia, even though the EU has banned the import of the items, a new report concludes.

The report reviewed export permits granted between 2004 and 2015 and found between 25 and 36 hunters from the EU received such permits. The bloc suspended the importation of grizzly trophies from B.C. in 2004.

While the fate of most of these trophies is unknown, records from Germany and Denmark indicate that some hunters tried unsuccessfully to import B.C. trophies, wrote author Jeff Gailus in the report commissioned by the David Suzuki Foundation.

Further research is needed to determine whether the remaining grizzly trophies were left in B.C. or in the United States, or if they were unlawfully transported into the European Union, he added.

The B.C. government banned grizzly bear hunting last December, with the exception of First Nations. There are only 15,000 of the animals left in the province and some populations are on the verge of disappearing.

The report shows the permitting system that governs people who want to move grizzly bear parts across borders is ineffective, said Jay Ritchlin, the David Suzuki Foundation's director-general for B.C. and Western Canada.

"You would find export permits and then you would not find corresponding import permits," or vice versa, Ritchlin said.

"It was just a big hole, and there seemed to be many, many ways that these trophies could get lost in the mix. That tells us we don't actually have a good system for understanding how many bears were being killed."

Trade in grizzly bear body parts is regulated by the Convention on International Trade in Endangered Species of Wild Fauna and Flora, or CITES. Non-resident hunters must apply for a CITES export permit if they want to transport their trophy out of Canada.

The B.C. and federal governments issued nearly 2,000 CITES permits for grizzly trophies since the province reinstated the hunt in 2001, according to the report.

The province's Wildlife and Habitat Branch said when the grizzly hunt was allowed in B.C., all hunters were required to report their kills within 30 days and provide an incisor tooth from the bear.

"This process, called compulsory inspection, allowed ministry biologists to accurately assess the number of bears that had been lawfully killed," it said.

It also provided information such as age and sex of the bear, and allowed ministry wildlife managers to adjust hunting regulations to ensure the bears were not overhunted in any area of the province, the branch added.

Further, it said when a CITES export permit is issued for B.C., steps are taken to ensure the species was lawfully harvested and possessed, and that the applicant does not have any outstanding fines under the provincial Wildlife Act.

The report calls for a formal review by CITES, as well as customs agencies in Canada and the European Union, to prevent EU hunters from killing grizzly bears in B.C. or elsewhere in Canada and attempting to import them into the EU.

Ritchlin said he's very pleased that B.C. has banned grizzly hunting and hopes the province enacts a law to make the ban permanent.

"I do think it's problematic that we don't have the ability to track these (trophies) from point A to B when they're on international treaties of endangered species," he said.

"The other provinces in Canada need to start looking at their grizzly bear hunts very hard and considering winding them down."

Note to readers: This is a corrected story. An earlier version misspelled author's name, based on report.