RCMP ski pole David Keir, father of a 13-year-old boy seriously injured in a confrontation on Grouse Mountain, addresses the media at the North Vancouver RCMP detachment on Wednesday.
0
May 22, 2019 4:12 PM By: Brent Richter 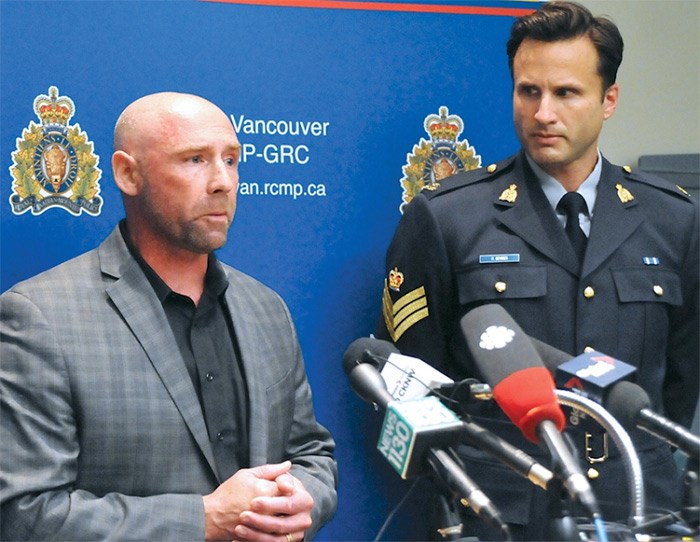 North Vancouver RCMP and the family of a local teen badly injured in a confrontation on Grouse Mountain are pleading for more witnesses – or the person responsible – to come forward.

On March 30, just before 7 p.m., 13-year-old Max Kier was skiing down the final third of The Cut ski run alongside the Screaming Eagle chairlift when he had a near miss with an adult male skier, according to police.

“Next thing you know this guy was in front of him and in Max’s own words: ‘He threw his pole at me,” Max’s father David told a press conference at the North Vancouver RCMP detachment Wednesday.

When Max arrived at the bottom of the run, a friend pointed out the blood running down his face. Grouse Mountain ski patrol and an unidentified woman helped patch him up and his parents took him to the hospital, believing it was just a deep cut.

“We didn’t know at the time this was a traumatic brain injury,” Kier said. 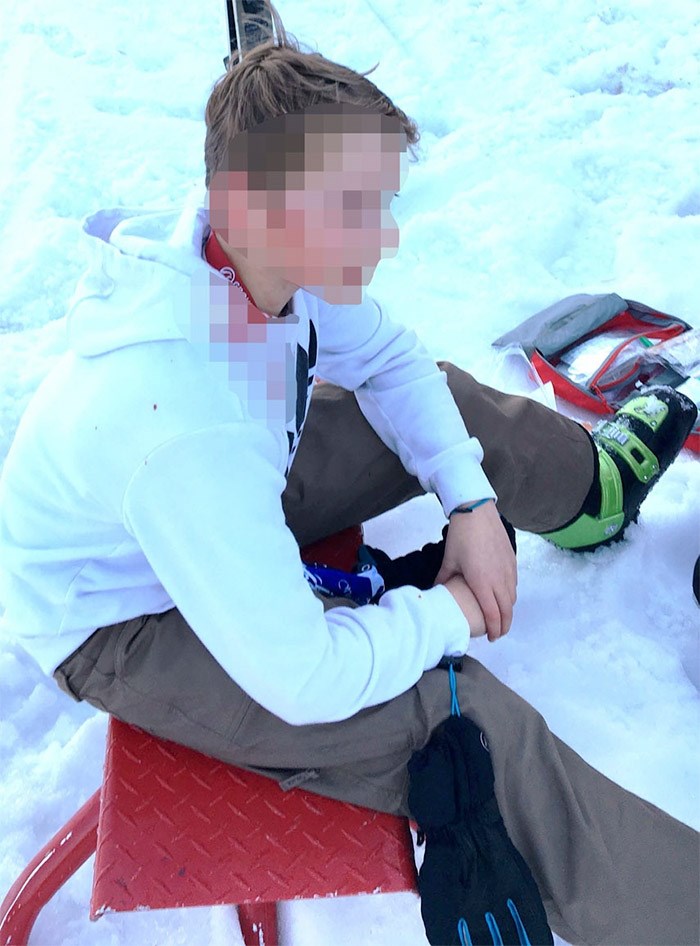 13-year-old Max Kier after being struck in the head with a ski pole at Grouse Mountain. Police are looking for witnesses

As the night went on, new and more troubling symptoms developed. Max was confused, agitated and vomiting, so they decided to go back to the hospital.

Max spent four days in intensive care at BC Children’s Hospital. He’s out now and on a long road to recovery. With some cognitive challenges currently, he’s only able to be in school for a couple hours a day. It could be a year before he can return to the competitive sports he excels at.

He wasn’t wearing his helmet at the time, which was against his family’s policy but police said there is no way of knowing whether a helmet would have prevented such a serious injury.

“You have to be optimistic. You have to believe things will work out,” he said. “Generally we’re moving in the right direction.”

The RCMP put out a call for witnesses on April 4 but, so far, no one has come forward.

Specifically, they are hoping to hear from the woman who assisted Max at the base of the run, or anyone who may have smartphone or helmet cam footage that may show what happened.

Max was wearing tan ski pants, a white hoodie with a black Adidas logo and green and black ski boots. The adult was described only as wearing a yellow ski jacket.

DeVries said police can’t be sure whether the incident was deliberate or accidental.

“That is absolutely at the core of our investigation. We won’t know that until we identify the person who was involved and are able to speak with that person,” he said. “We want to appeal to that person to come forward and let us know what happened.”

With the investigation stalled, the Kier family offered to make their story public in hopes it would bring some closure for Max.

“As a parent you have to be able to look your kids in the eyes and say we’ve done everything we can to try and make this right,” he said.

Even if they never find the person responsible, Kier said he hopes the man at least seeks out help for his own sake.

“Someone’s out there with some big time anger issues,” he said. “Do the right thing. Make it right.”