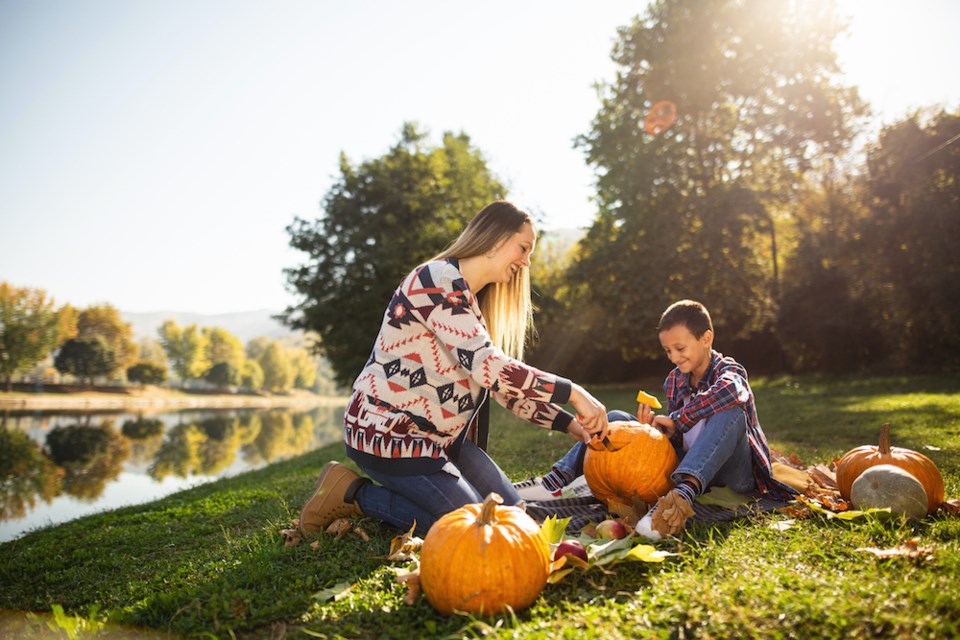 The weather forecast for Halloween in Metro Vancouver is out, and it could be good for trick-or-treaters. Photo: Halloween pumpkin carving / Getty Images

The spookiest day of the year takes place this weekend in Vancouver and it looks like the weather might cooperate for the bone-chilling affairs.

Starting on Wednesday, Oct. 28, however, Environment Canada calls for a 60 per cent chance of showers during the day and a high of 13°C. Temperatures are expected to drop to a double-digit low of 10°C overnight.

On Halloween, the forecast is calling for bright sunshine and a high of 11°C during the day followed by a low of 5°C overnight. Sunday is also expected to sunny and bright with a high of 12°C.

The rain is expected to return Monday, with the forecast calling for periods of rainfall all day and into Tuesday.

This year, Bobby Sekhon, a meteorologist with Environment Canada, says there isn't a clear prediction for the winter forecast due to a couple of competing factors.