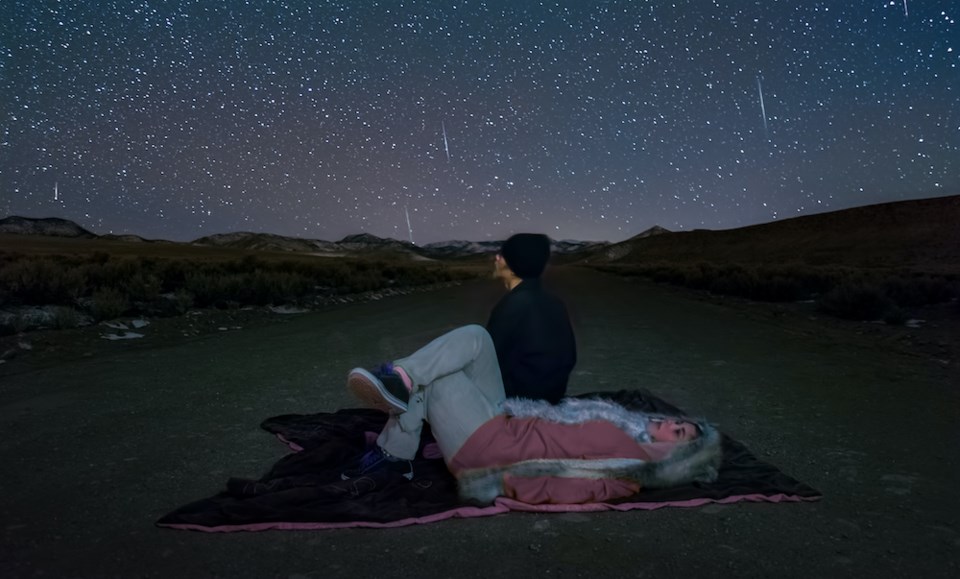 An astronomer from the H.R. MacMillan Space Centre provides tips on how to view the Lyrid meteor shower this April 2021 from Vancouver. Photo via harpazo_hope / Getty Images

If you've been waiting patiently for a shooting star to make a wish on, you might be feeling fairly frustrated right now.

While it's been a few months since the Geminds put on its epic annual display (December 2020), another meteor shower will dazzle Vancouver skies this April.

And while the Lyrid meteor shower won't see as many shooting stars, the shower will still produce several meteors per hour at its peak.

The American Meteor Society adds that the Lyrids usually lack persistent trains, but they can produce 'fireballs.' A fireball "is another term for a very bright meteor, generally brighter than magnitude -4, which is about the same magnitude of the planet Venus as seen in the morning or evening sky."

How do you view the Lyrid meteor shower from Vancouver?

Rachel Wang, an astronomer at the H.R. MacMillan Space Centre, tells Vancouver Is Awesome that the meteor shower is already viewable in the city; it started on April 14 and will continue until the end of the month. However, the best time to view it will be at its peak: April 19 - 23.

"Around the peak, you might see around 10 to 15 meteors (in a dark sky, with good seeing conditions)... so not as great as a shower like the Perseids (which can reach as high as 100 meteors per hour), but it is still the first shower after a 'drought," she explains.

In order to spot the meteors, Wang says you should look northeast around 10 p.m. Vega will be a "bright, bluish star" and it will move higher up in the sky and east/southeast as the night progresses. That said, it's not particularly important that observers look at the radiant, adds Wang. "Looking somewhere in that direction is sufficient since meteors tend to come from all sorts of directions." 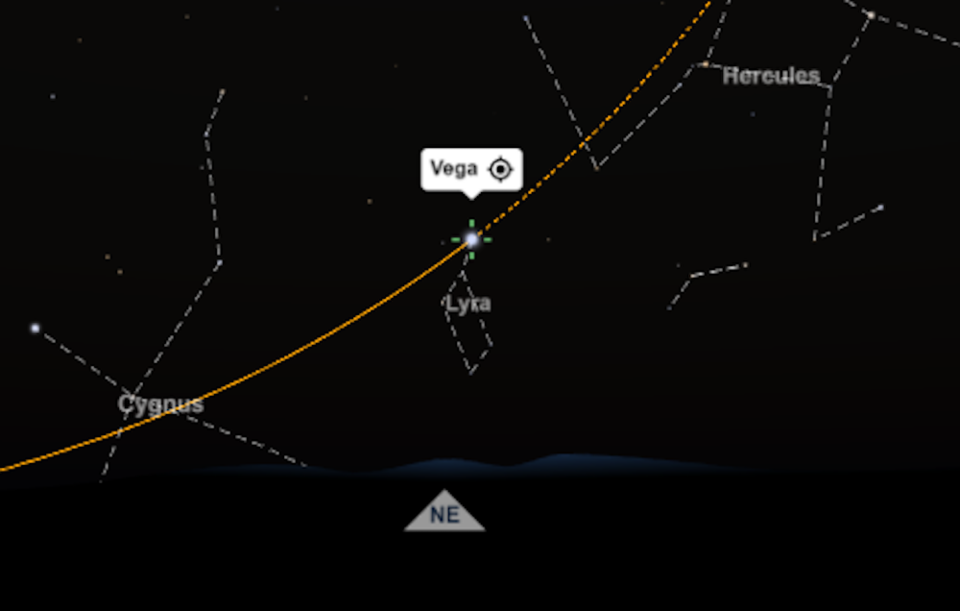 This is a view of Vancouver's night sky on April 22, at 10 p.m. Photo via Rachel Wang / H.R. MacMillan Space Centre

Viewing tips for the Lyrids in April

On April 12, Wang says there's a new moon, which will provide optimal viewing conditions since there is no moonlight to wash out the skies. While that date has passed, there are still several ways to improve viewing.

Stargazers should find a spot away from light pollution. The Royal Astronomical Society of Canada provides some dark sky locations online and Wang also uses the Vancouver Clear Sky Chart to check for "seeing conditions before I head out to observe."

"Once you get to your observing location, allow your eyes to adjust to the darkness -- this means no phones! It may take up to 30 minutes to adjust (if you can see each star in the Little Dipper, then you should be good to go!)," she explains.

On the night of the peak, April 22, Wang will be watching "as the radiant/Vega will be higher up in the sky." Following this, she will also view the shower during pre-dawn hours, from 3 a.m. to 5 a.m. "as meteor showers are generally 'strongest' before dawn." 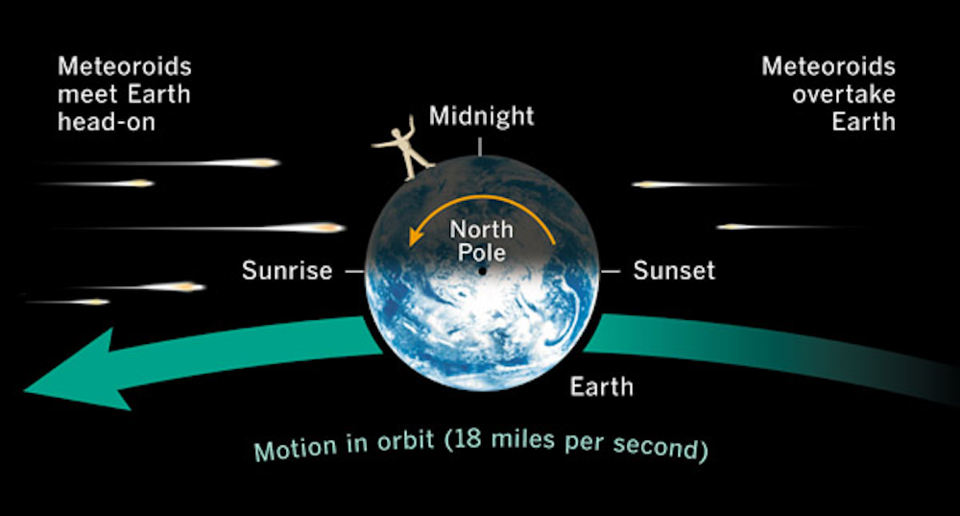 This is the same idea as driving a car during a snowstorm -- you get more snow on the front windshield, compared to the back. Photo via Rachel Wang / H.R. MacMillan Space Centre

"The meteors (or colloquially, 'shooting stars') are created by the debris of Comet Thatcher, which completes one orbit around the sun every 415 years or so," explains Wang.

The comet is expected to be visible from Earth in 2276.