Here is why TranLink does not enforce its 'mandatory mask policy'

Although some people are exempt from the policy due to an underlying medical condition, others simply ignore the rule.
Oct 28, 2020 4:37 PM By: Elana Shepert 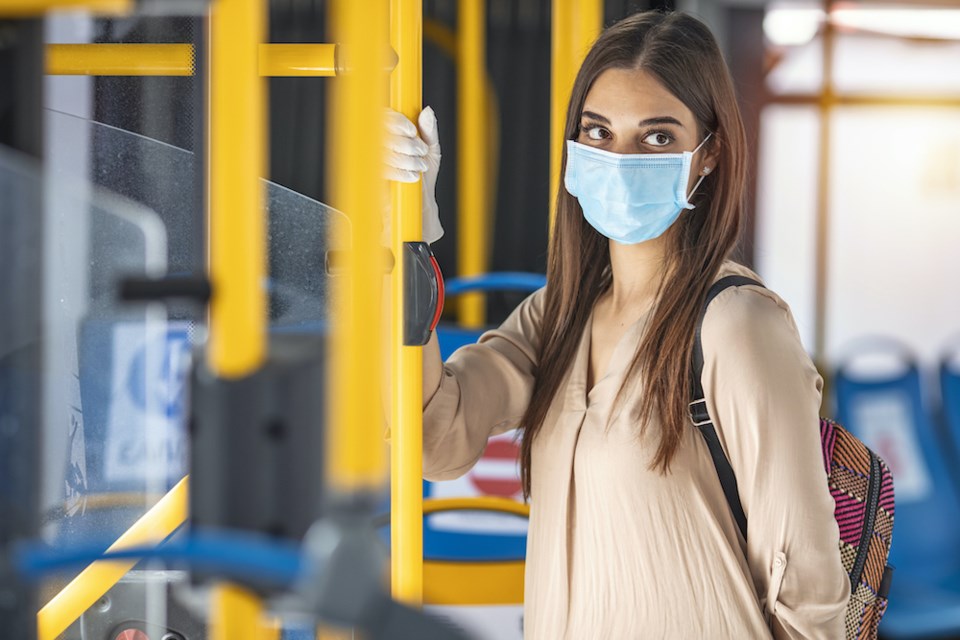 A woman looks toward an unmasked individual on a bus. Photo: Getty Images

TransLink has a mandatory mask policy on all of its transit vehicles, but some customers aren't wearing face coverings while on board.

Although some people are exempt from the policy due to an underlying medical condition, others simply ignore the rule. However, TransLink says these people could be issued a fine from the Metro Vancouver Transit Police for doing so.

That said, the transportation agency stresses that customers shouldn't try to enforce the mask policy if they see someone who isn't wearing a face covering. Not only could the exchange end in aggression, or worse, but not all medical exemptions are visible.

Customers also have the option to request a TransLink branded card which notes they are exempt from wearing a face-covering. They may show this card to people who ask why they aren't wearing a mask--but they aren't obligated to do so.

A number of locals took to Twitter to express their frustration at seeing people without masks on transit vehicles.

@TransLink wondering why there are no transit staff making sure the mandatory mask implementation is actually happening on skytrain. Every time I use the train ( everyday but weekends) more than a few people are not wearing masks. They should be fined at least! #dosomething

I love how they keep saying it’s mandatory to wear a mask on transit, and yet no one is allowed to enforce it??

Why make masks mandatory if you can willingly walk on and off transit with no mask and without anyone saying anything? Got people coughing and sneezing without coverings on a crowded bus.. sounds great. Staff aren’t even informing, need to be re-train and educate your staff.

TransLink Spokesperson Jill Drews tells Vancouver Is Awesome in an email that the exemption cards have never actually been required for people with underlying medical conditions.

"I can understand why this might be confusing, but there are several reasons why bus operators are not checking for exemption cards," she writes.

"The exemption cards have never been required for those who feel they are not physically able to wear a mask. This is why they aren’t being checked anywhere on the system.

"We heard from some stakeholders that they would feel more comfortable with some sort of proof to show in the event of a disagreement over masks. The cards are meant as a reminder that there are exemptions to the policy. In fact, in places including London and Toronto, the exemption cards are available to anyone who wants to download the image and print it."

Drews notes that TransLink's spot checks show 95% of customers are wearing masks and that the policy "seems quite successful."

So far, about 2,000 exemption cards have been issued by TransLink.

Customers are required to wear non-medical masks or face coverings while onboard all TransLink vehicles as physical distancing is not always possible on transit. Metro Vancouver Transit Police may issue tickets to people who are not following the mask policy, explains Drews. However, she is unable to say how many tickets have been issued, if any at all.

Drew adds that customers should always defer to Transit Police or the transit operator in instances where they feel unsafe or uncomfortable. They may contact transit police, transit security or use silent alarms onboard vehicles at any time.

"As far as new safety measures, we are working on a couple of things and will have more to share in the coming weeks," Drews notes.

Find out what to do if you see someone who isn't wearing a mask, here.

V.I.A. has reached out to the Metro Vancouver Police for comment.

The mandatory mask policy is part of TransLink’s Safe Operating Action Plan, which includes increased cleaning and sanitizing of transit vehicles and hubs, increased service levels and steps to create space between customers where possible.