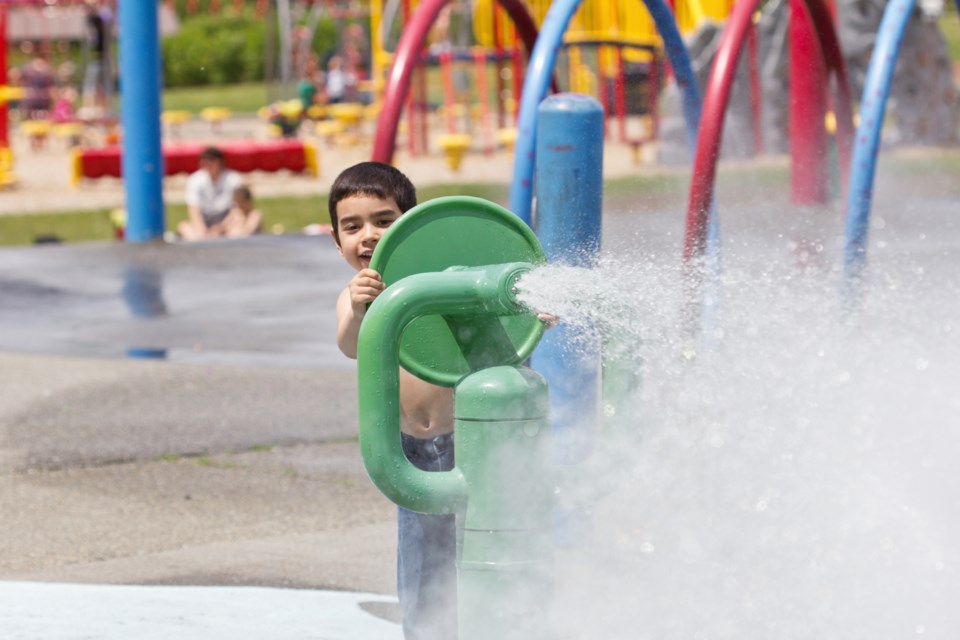 The City of Vancouver will be deploying temporary water fountains and misting stations to combat extreme weather warnings issued across the Lower Mainland. Allen Donikowski/Getty

The City of Vancouver is preparing to help residents stay cool ahead of the hotter than Miami heat expected for this weekend.

Even though record-smashing temperatures have been baking the city for the past week, in some parts of B.C. this weekend it’s going to feel like 48°C. In response to the sweltering heat, the city and the Vancouver Board of Parks and Recreation have deployed ten temporary water fountains to augment over 200 drinking fountains.

Starting on Friday, temporary misting stations will also be installed at the following locations:

The city has also provided a list of air-conditioned community centres you can duck into to escape the heat for a while.

Community centres in the Downtown Eastside will also be offering water and sunblock. The City’s Non-Market Housing Operations is implementing a hot weather support plan for tenants, which includes increased wellness checks, and provision of bottled water and table-top fans for those residents not able or wanting to leave their rooms.

For those looking to beat the heat outside, outdoor pools at Kitsilano, Second Beach, New Brighton, Hillcrest Centre and Maple Grove are all open until September 6.

Care for your pets

While the city suggests leaving your furry friends at home and in the shade, if they need to go for a jaunt you can take them to any of the following off-leash dog parks with access to water:

If due to the heat you see an animal in distress inside a car report it to the BC SPCA immediately.

With extreme heat often comes wildfires. Should smoke make its way to Vancouver there are a number of spaces with high-efficiency particulate air (HEPA) filtering. In the event of an air quality advisory, anyone looking to reduce their exposure to wildfire smoke is welcome to go to these cleaner air spaces:

Library locations with these features include:

Special weather statement issued for Metro Vancouver due to heat wave
Jun 20, 2021 9:49 AM