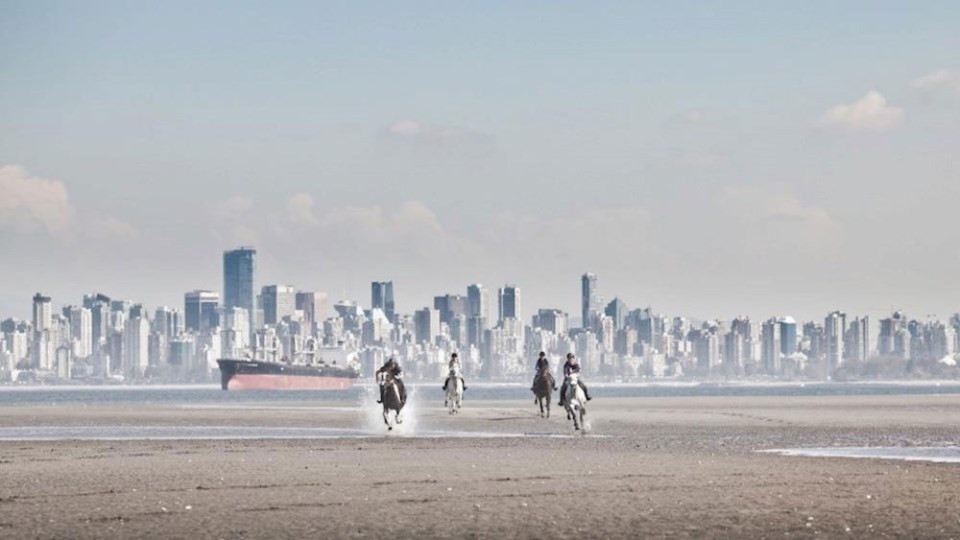 This week, someone on Reddit Vancouver tried to pass off a photo by Vancouver photographer Sean David.

But this isn't just any photo.

The snap features four riders galloping triumphantly across a wide expanse of Spanish Banks, with Vancouver's skyscrapers framing the epic shot. One of the horses is even framed by a spray of water as it charges, emphasizing its speed.

In their original post, the Reddit user casually mentions that this is a "Pic my ma took recently, the riders on Spanish Banks." 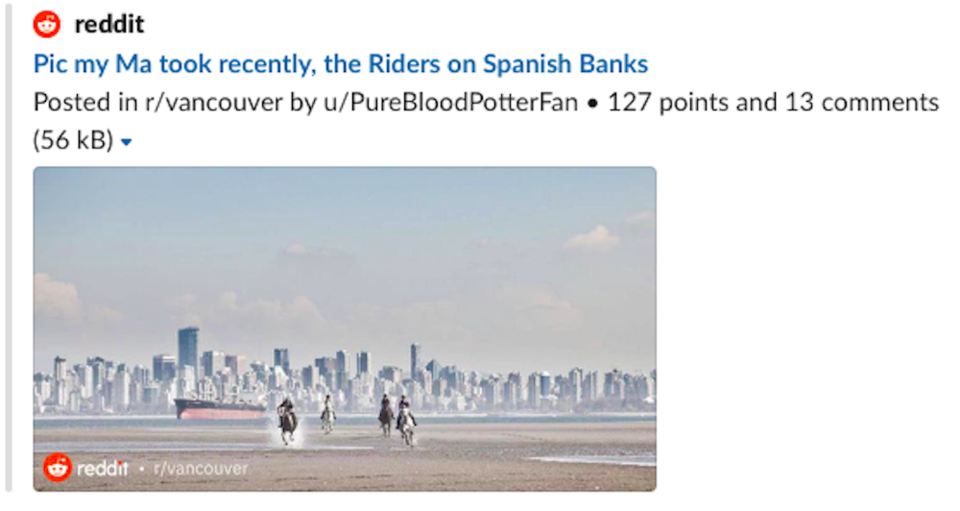 Shortly after posting it, however, user ahusseini asks, "recently is 2013 and your mom is a dude named Sean?" and links to a Vancouver Is Awesome post from 2013 written by Editor in Chief Bob Kronbauer.

Following this, numerous people mocked the original poster, with a few others sharing the V.I.A. link. Eventually, they took their post down, but also mention a couple of times that their mother said she took the picture.

"Yes you're correct," the original poster says about the picture not being their mother's work. "Just confirmed with her when I asked for [a] higher [resolution] photo to share... honestly thought it was a photo she took since she's out a Spanish Banks a lot."