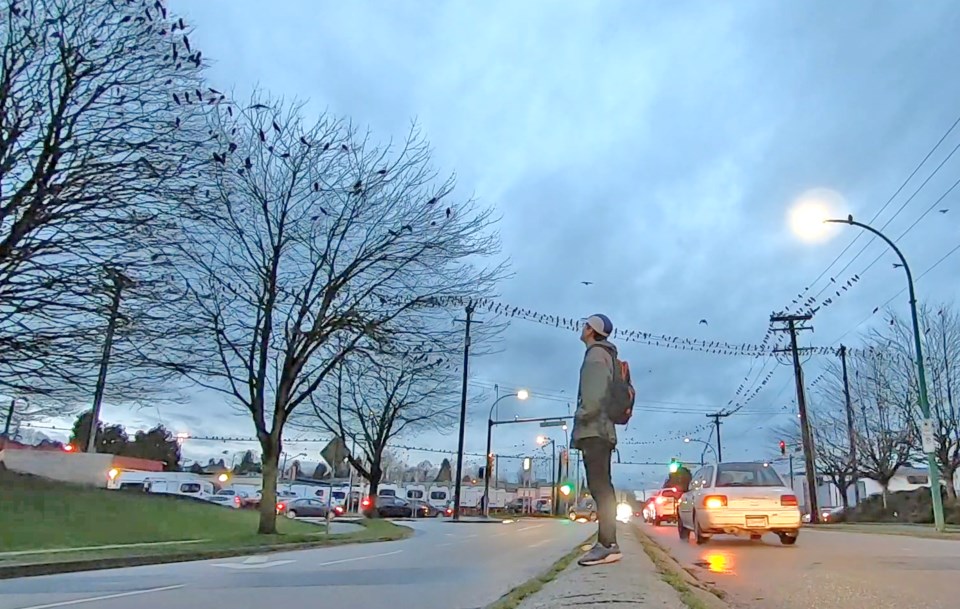 YouTuber Steven Huynh is back with another video. You might remember when we recently shared his take on Vancouver's $4.8 million chandelier.

Today he's bringing subscribers to his channel a look at what happens during "crow o'clock" out in Burnaby.

This is, of course, the strange phenomenon that happens at the end of every day here as thousands of crows make their way East to roost in an industrial area in Burnaby.

Comparing the roosting that the crows do near Still Creek to restoring health in the game Pokemon, Steven shares some basic facts about this phenomenon (mostly taken from this article in the National Post, which he quotes) as well as the experience of it.

We asked him what drew him there and he told us that he has a crow that visits him at his home couple times every week "for some bananas, along with some of its friends."

Huynh has been trying to build a bond with the bird and gain its trust since the start of the year. As he tells it, "They certainly don’t just hand it out. I am still working on it!"