The set calls for "background actors in costume" as well as picture décor
Nov 3, 2020 1:59 PM By: Elana Shepert 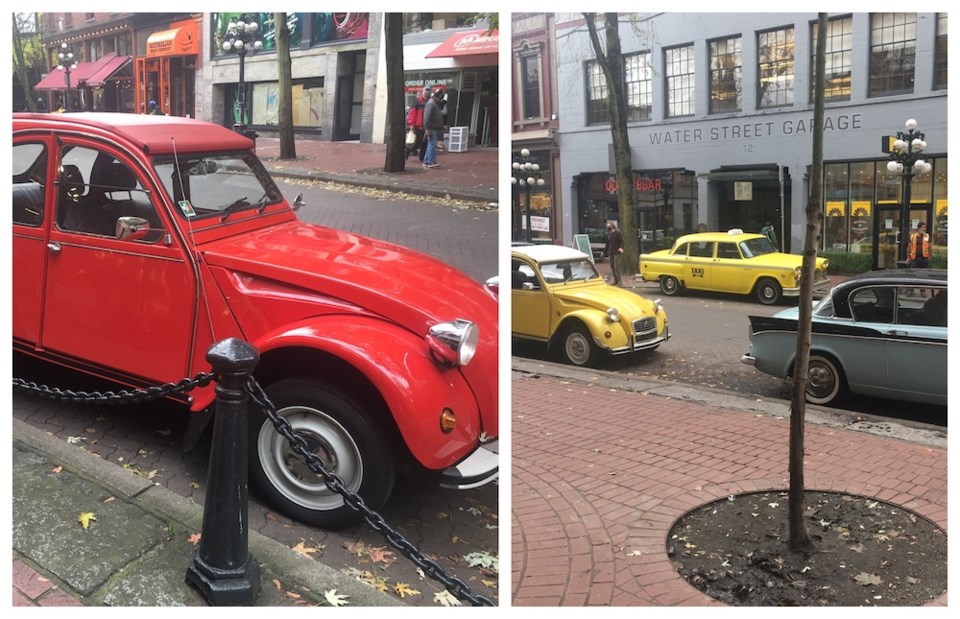 Vancouverites may spot several old-fashioned vehicles in Gastown this week as a T.V.-show based on a novel by Trenton Lee Stewart is filmed in the area.

According to Deadline, The Mysterious Benedict Society is an adventure drama about four gifted orphans who are brought together to go on a mysterious mission. The group is united by Mr. Benedict, who is played by two-time Emmy winner Tony Hale.

Vancouverites took to Twitter this week to share images of the film set in Gastown, as well as to share information about upcoming filming times and locations.

In a Tweet, @JordanVanMusic shares pictures of some "cool cars" as well as a filming notification from production company MBS Production Ltd. The notice states that filming will take place this week in the area until Thursday, Nov. 5.

As of Tuesday, Nov. 3 at 7 a.m., there is a temporary "no stopping" zone on the east side of the 300 block of Homer Street of West Hastings to the alley north that will continue until Thursday, Nov. 5 at 9 a.m.

Several other "no stopping" zone restrictions are currently in effect until Wednesday, Nov. 4 and are listed on the notice.

Intermittent traffic control of 1-100 Water Sreet will also be conducted at the discretion of Vancouver Police officers on site. Temporary lane closure of the lane south of 300 West Cordova will also be in effect while filming.

The set calls for "background actors in costume" as well as picture décor in the alleyway south of the 300 block of Water Street.

@WhatsFilming @yvrshoots Some photo’s of tonight’s filming on Water Street, looks like a certain time period with lots of people in late 40’s & 50’s attire pic.twitter.com/c34Tt5ffXc