The temporary shutdown of filming for shows like Riverdale and Batwoman is reportedly caused by delays in COVID-19 testing results
Oct 2, 2020 6:26 PM By: Megan Lalonde 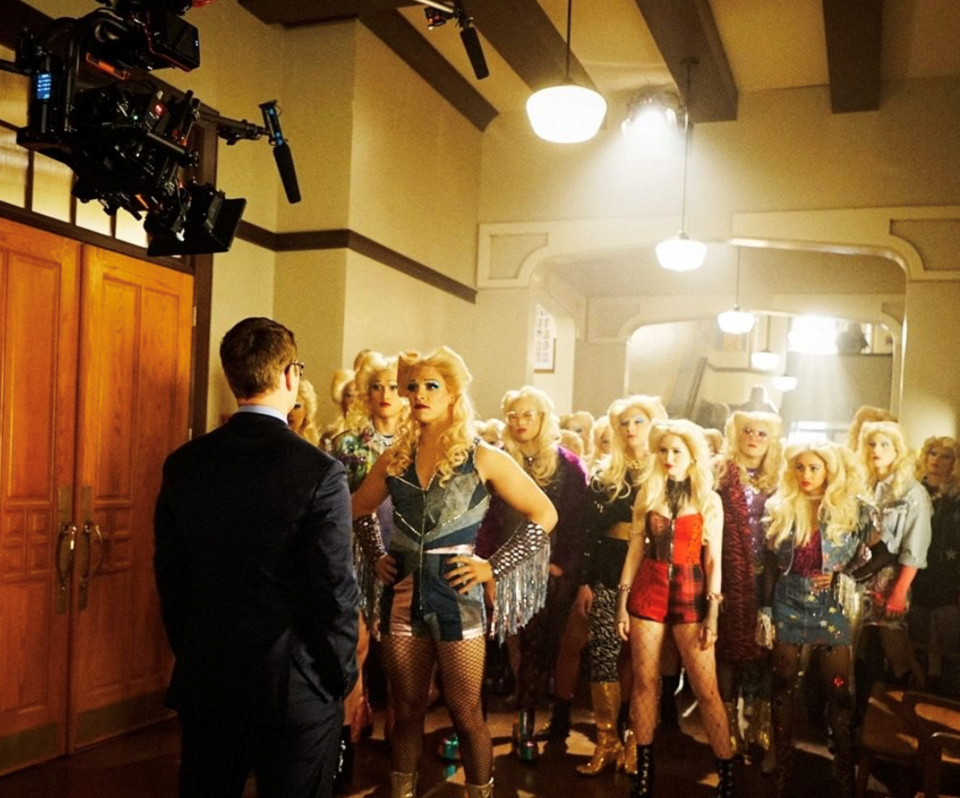 Some Vancouver TV productions resumed filming Thursday and Friday, while others remain temporarily suspended after a delay in COVID-19 test results for cast and crew members caused filming to shut down earlier this week.

On Tuesday, Variety reported that production on several of The CW’s Vancouver-based shows, including Riverdale, Batwoman, Nancy Drew and Charmed had been temporarily halted due to delays in test processing, just weeks after filming began. Warner Bros. Television also reportedly made the decision to delay production on more CW series that were set to begin filming in Vancouver this week, including The Flash, Legends of Tomorrow and Supergirl.

In the same report, the entertainment publication stated that similar issues had prompted several other TV studios to press pause on their productions, including the ABC show Big Sky. According to Variety, showrunner David E. Kelley spoke out about the issues during ABC’s VirtuFall Panel Series press conference on Wednesday, saying, "There were some delays in test results, so out of caution we shut down yesterday and today. We expect to resume production either tomorrow or Friday.”

On Wednesday, however, online entertainment industry publication Deadline reported that cameras were set to start rolling again on ABC’s A Million Little Things and The Mighty Ducks—which had also reportedly been paused while awaiting test results—the following day. An update posted Thursday said Charmed was also scheduled to return to production Friday, after finally receiving the delayed COVID-19 test results for its cast and crew.

As the B.C. Centre for Disease Control explains on its website, COVID-19 testing was originally centralized at the BC Public Health Laboratory. However, the public health agency says testing capacity has expanded to other B.C. laboratories since the beginning of the pandemic.

Variety's sources, meanwhile, told the publication that a single lab company has been approved to oversee coronavirus testing in Vancouver's film industry, but that the lab company is prioritizing tests associated with recently re-opened schools and local businesses.

V.I.A.'s inquiries to representatives from The CW about the temporary shutdowns went unanswered.

Regular testing isn't the only health and safety protocol Vancouver productions are depending on to prevent the spread of COVID-19 on set. On Sept. 23, Riverdale lead KJ Apa posted a video to Instagram of himself and co-star Camila Mendes swishing a solution around in their mouths before spitting into a plastic bag. The actor captioned the post: "our new normal is washing our mouths before every take of a make-out scene..."

U.S.-based actors returning to Vancouver sets are also subject to the same two-week quarantine rules that apply to anyone entering Canada from another country, while the Canada/U.S. border technically remains closed. Those travel restrictions recently prompted Apa and Mendes' Riverdale co-star Lili Reinhart to speak out about feeling "like a prisoner" in Vancouver; comments she later defended as being taken out of context.

British Columbia's film industry was given the go-ahead to restart production in June, after WorkSafeBC released new health and safety guidelines to contain the spread of COVID-19. More than 30 films and television shows stopped production across B.C. when the province imposed a lockdown due to COVID-19 in March.

Production on most of the popular TV series that regularly film in Vancouver restarted within recent weeks, while one CW series returned to Hollywood North to wrap up. After 15 seasons of demon-fighting, the cast and crew Supernatural filmed their final scenes on the series' Vancouver set in September.