The coach of a Vancouver peewee hockey team says his search for a life-saving organ donor has been successful.
0
Apr 8, 2019 9:06 AM By: The Canadian Press

VANCOUVER — The coach of a Vancouver peewee hockey team says his search for a life-saving organ donor has been successful.

Stephen Gillis has posted a video on his Twitter and Facebook accounts of the moment a friend confirms he is a perfect match and will donate a kidney to the longtime minor hockey coach.

It’s #greenshirtday, so I wanted to share the amazing moment of me finding out that my dear old friend, Michael Teigen, will be donating his kidney to me. I HAVE A DONOR GUYS!!!!! I have so much gratitude for Michael, my hero. Be a hero for others & sign up to be an organ donor. pic.twitter.com/oomxObs7k5

Gillis says he wanted to make the announcement on Green Shirt Day, an event created by the parents of the late Humboldt Broncos player Logan Boulet, whose donated organs saved six other lives.

In the post, Gillis tearfully embraces Michael Teigen, who learned of Gillis' plight and took the steps to determine his kidney would be a match.

Gillis' peewee team launched a video search for a living kidney donor after being told their coach's battle with Crohn's disease had caused his kidneys to shut down.

The video by the 11- and 12-year-old players racked up thousands of views and gained national attention.

Gillis says he is "still trying to process (Teigen's) selflessness and generosity."

"I am hoping now we can use this story to sign up people to become organ (donors) and save the lives of others," he says in an email.

Gillis has suffered from Crohn's disease since the age of 25 but led a very active lifestyle until last summer when he said he started "feeling a bit weird," and doctors gave him a troubling diagnosis. 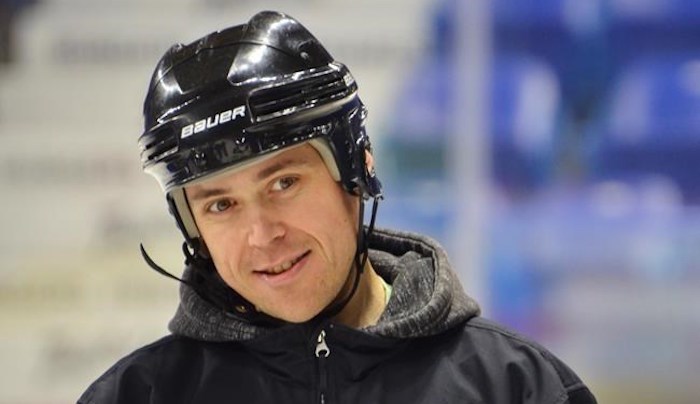 Vancouver Minor Hockey Asssociation’s PeeWee A2, “The Spirit” coach Stephen Gillis is seen in this undated handout photo. A Vancouver peewee hockey coach says he’s “amazed and overwhelmed” by the response to a video put together by his team to help him find a living kidney donor. Stephen Gillis said the video is the nicest thing that anyone has ever done for him. THE CANADIAN PRESS/HO, Lindsay Kelly

"They let me know that my blood was basically vinegar and that it wasn't being cleaned for a while," he said in an interview in January.

Since then, Gillis has required dialysis to clean his blood and also underwent major surgery to have his diseased colon removed.

It was during his recovery from that surgery that he received the visit from Teigen and learned of the upcoming donation.