The Township of Langley has postponed consideration of an “all-bodies swim” for LGBTQ2S+ youth aged 12 and older at one of its public pools until September.
0
Jul 25, 2019 12:48 PM By: Graeme Wood

The Township of Langley has postponed consideration of an “all-bodies swim” for LGBTQ2S+ youth aged 12 and older at one of its public pools – which was originally set for discussion at a July 22 council meeting – until September.

The event, which was proposed by controversial B.C. Human Rights Tribunal complainant Jessica Yaniv, formerly known as Jonathan Yaniv, would allow the youth to be “topless (at their leisure), in compliance with the laws of Canada” and would prohibit parents and caretakers from attending. 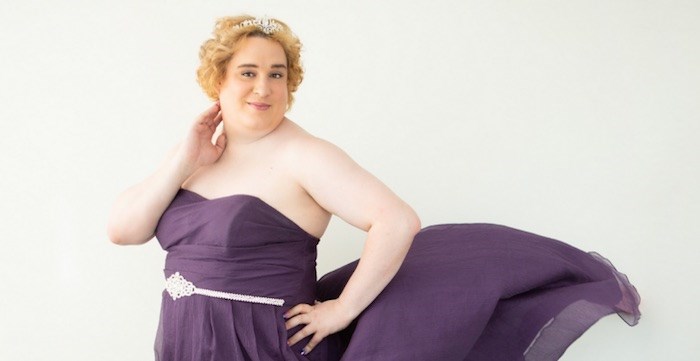 Jessica Yaniv. formerly known as Jonathan Yaniv, best known for having sparked international media attention for suing several local aestheticians at the B.C. Human Rights Tribunal after they allegedly refused to wax her genitals, which are those of an adult male. Yaniv is proposing a top-optional youth LGBTQ2S+ swim session in the Township of Langley. Photo via Jessica Yaniv (@trustednerd)/Twitter

Yaniv, a Township of Langley resident, is best known for having sparked international media attention for suing several local aestheticians at the B.C. Human Rights Tribunal after they allegedly refused to wax her genitals, which are those of an adult male.

The tribunal hearing has illustrated the competing extreme spectrums that exist in the ongoing transgender debate, and has attracted international attention and caught the eye of major celebrities, including comedian Ricky Gervais.

Caretakers prohibited at swim to make it ‘safe and inclusive’

Yaniv told Glacier Media she only wanted to put the Township of Langley on the record for accepting the “all-bodies” swim, which would not include parents and be open to anyone above 12 years of age. Clothing above the waist would be optional.

“Caretakers will be prohibited from attending these events as it’s considered safe and inclusive,” wrote Yaniv to council.

Yaniv was listed to delegate to council Monday but Coun. Eric Woodward moved a motion to delay consideration of the swimming event to September. Woodward declined to comment on the matter, referring Glacier Media to Mayor Jack Froese, who has not responded to interview requests.

Yaniv said her request at council was in response to a similar swim postponed by the City of Langley last month.

That swim was organized by Encompass Support Services Society and supported by the city. However, it faced backlash from some local residents.

Christine McCracken, executive director of programs at Encompass, said Yaniv has nothing to do with her group.

“We have no association with that person at all. That person was not a part of planning of that event,” said McCracken.

Such a swim would be supervised by recreational facility staff and youth workers, said McCracken, adding the no-parent rules are not unlike a summer camp and are designed to provide privacy for participants, “who may not feel comfortable at public swims.”

McCracken said her society’s event is for those ages 12-24. Yaniv said she took it upon herself to change the age restrictions. Yaniv is a 32-year-old business consultant and has no children. She said she did not intend to attend the Township’s prospective swim event.

Yaniv said she also consulted with PFLAG, an LGBTQ advocacy group, on the swim session. But Omid Razavi, PFLAG Canada’s director of communications, denied this.

“After reviewing this further, I am very confident that none of our chapters had any consultations with Jessica Yaniv,” Razavi said.

Since the National Post described one day of Yaniv’s tribunal hearing on July 18, Yaniv said she has been fielding international media interviews including Yahoo News, Fox News and, among others, Infowars.

She said U.S. media has “taken out of context” her desire for an “all-bodies” swim in her hometown.

At the tribunal, Yaniv equated the denial of genital waxing service to neo-Nazism. However, Yaniv said she did not compare the business owner to a neo-Nazi specifically, as reported by the National Post.

Her interview was cut short when her phone hung up with a person yelling in the background. Attempts by Glacier Media to reconnect with her were unsuccessful.

Yaniv is not one to shy away from the spotlight.

Yaniv previously addressed Township of Langley council on April 15 when she advocated for easy access to feminine hygiene products in public facilities.

She is also running (and fundraising) for 2019 Miss BC.

“Being part of the LGBTQQIP2SAA (lesbian, gay, bisexual, transgender, queer, questioning, intersex, pansexual, 2-spirited, asexual, and allies community), it's important to take a stand for equality and human rights,” wrote Yaniv on her online fundraiser.

Morgane Oger, vice-president of the BC NDP and the most prominent transgender advocate in B.C. at the moment, has taken to her blog to address concerns about online allegations of inappropriate behaviour by Yaniv.

Regarding the genital waxing cases, Oger blogged: “I told Jessica that I felt she would have a very difficult time with these cases and that although I support the right of all trans persons to access services free of discrimination, her past history deeply undermined her intentions and exposed her and the transgender community to contempt,” wrote Oger, who is also a previous Federal NDP election nomination candidate for Vancouver Centre.

Oger has stated on Twitter that Yaniv is an “alarming” person and that her tribunal case is misdirected.

“In the specific case under consideration, when I learned that the respondents were persons working at home alone, I stopped supporting Yaniv. As I have told her, these were not the right respondents nor was she the right complainant for a test of this difficult situation,” tweeted Oger.

In response to Yaniv’s tribunal claims, a fundraiser has been set up to support the respondents, some of whom are being defended pro bono by the Alberta-based Justice Centre for Constitutional Freedoms

Justice Centre lawyer John Carpay has reportedly challenged gay and transgender groups in court as “ideological sexual clubs.” Carpay drew significant criticism after likening a rainbow flag as a symbol of hostility toward individual freedoms, like a Nazi or communist flag. He later clarified that it is censorship of anti-LGBTQ people that he intended to liken to totalitarianism.